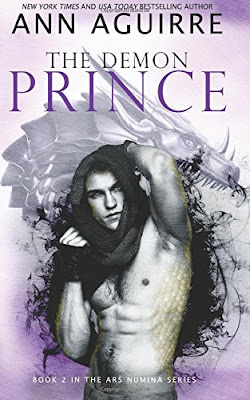 Alastor Vega is the sole challenger in a brutal battle for succession. Against all odds, he must stop his power-mad brother, Tycho, before he destroys the Numina. Though he never wanted to rule, he must claim the throne and liberate his people, or the consequences will be calamitous. Yet only the surprising support of a beautiful Animari doctor gives him the fortitude to fight.

Dr. Sheyla Halek has always been more interested in research than personal contact, but family ties—and the needs of her pride—keep her in Ash Valley, deferring her dreams. Brusque and abrasive at the best of times, she never expected to bond with anyone, let alone Golgoth royalty. Strangely, Alastor seems to need her as no one has before, and not only for her medical skills.

Their attraction is forbidden, likely doomed beyond the wildness of wartime, but these fires burn too hot and sweet to be contained…

Review:
Alastor's brother is determined to start a war amongst the Numina, he already caused chaos when he bombed Ash Valley while the races were all in the midst of a signing a peace treaty and nobody is exactly sure what he will try next. Alastor never wanted to lead his people but knows that as the sole remaining heir to the throne it is up to him to try and stop Tycho before even more lives are lost. The one thing holding him back is his poor health, suffering with a genetic disease Alastor relies on medicine to survive but with his supply quickly running out his chances don't look good.

Sheyla is a cat shifter and one of Ash Valley's doctors who has been tasked with trying to replicate Alastor's medication. She takes her responsibility for Alastor's safety seriously and even joins him on the battlefield to ensure his survival. Sheyla has never found it easy to relate to others, they don't understand her abrasive personality, but Alastor looks past her harsh exterior and sees the woman underneath. There are a million reasons why a relationship between the two of them would be a disaster but the more time they spend together the harder it is for them to resist giving into temptation.

I really enjoyed The Leopard King but The Demon Prince amps things up to a whole new level and Alastor is definitely my favourite hero of the series so far. I love the way Ann Aguirre turned the tables  on usual romance tropes in this book so that Sheyla is the stronger, more alpha character and Alastor is physically more fragile and willing to be led. Sheyla knows exactly what she wants from life and that extends to the bedroom too and Alastor is more than willing to make her every desire reality. I really enjoyed the slow build romance between them and the sexual tension was brilliantly done. They have fantastic chemistry and I was really able to root for them as a couple but I absolutely loved the addition of Alastor's bodyguard Dedrik when the couple choose to play out a menage fantasy. I only really mention that in my review because I know MFM scenes aren't for everyone but it was really well written and definitely raised the heat levels in my opinion!

I mentioned in my review of the first book that I would have liked a little more world building and background on the different Numina factions and I'm happy to say we did start to get a little more history in this book. I think that's only going to increase as we start to spend time with the different groups as the series continues. This is such a fun series and I'm already looking forward to the next book.