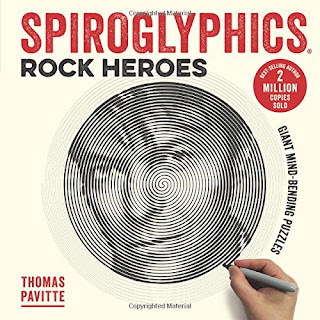 Spiroglyphics are a totally original idea from the twisted mind of genius puzzle-designer Thomas Pavitte!

Spiroglyphics are even more incredible than anything he has done before. At first glance, spiroglyphics appear to be nothing but simple spirals. But if you look a little closer you'll see that the spiroglyphics are in fact two spirals, joined at the middle, and varying subtly in width as they wind to the centre. It's only when you pick up a pen and start to colour them that they come alive.

Fun to create and amazing to look at, the Spiroglyphics will blow your mind, and make amazing artworks for your wall!

Spiroglyphics Colouring Books:
Rock Heroes
Around the World (May 2018)

Review:
I love Thomas Pavitte's Querkles colouring books so when I was offered a review copy of Spiroglyphics: Rock Heroes of course I took it. This is a very different style compared to the Querkles books but it's just as clever and creative and just as much fun waiting to see the image appear as you start colouring it in.

The book contains 20 images of musical icons, the images are created out of two interlocking spirals so when you look at the blank pages you have no idea who you're about to unveil (there is a page containing image thumbnails at the back of the book if you want to ruin the surprise though). I used fine point sharpies to colour in my images and I'd say you couldn't use pens any thicker as they were quite hard to use on the really narrow parts of the image, these are a bit fiddly to colour but luckily they're quite forgiving if you go over the lines in places so it won't matter too much.

One warning I will make is that if you're using sharpies you need to place a piece of card between the pages because you will get a bleed through otherwise. I nearly ruined one page by making that mistake. I was also disappointed that this book didn't have the easy tear out pages like the Querkles ones do because the way you have to colour round in circles it is much easier if you are able to constantly twist the paper around as you go. I tried doing that with the image still in the book but it got really awkward because so I ended up tearing the pages out myself and making a right mess of the edges (yes I could have used scissors but the perforated pages would make life MUCH easier and that's the main reason I knocked a star off my rating). 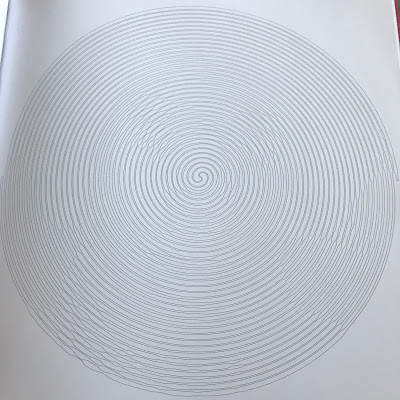 This is what the images look like before colouring Spiral one complete and the picture is starting to appear 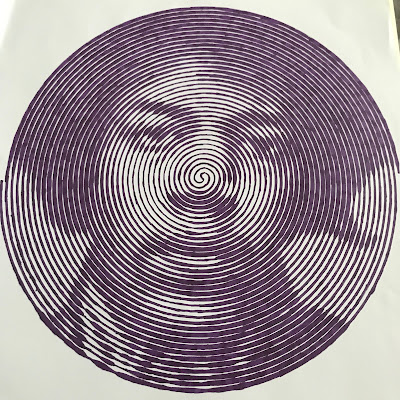 I found the designs work best if you use dark pens, lighter colours just don't show the finished image very well, and I generally preferred them in one colour 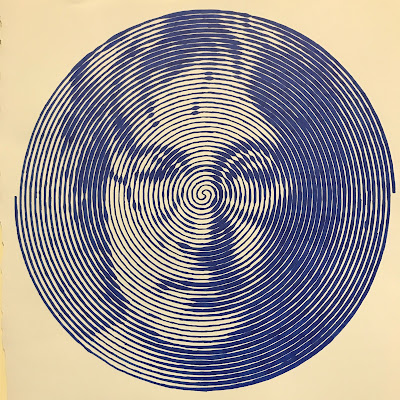 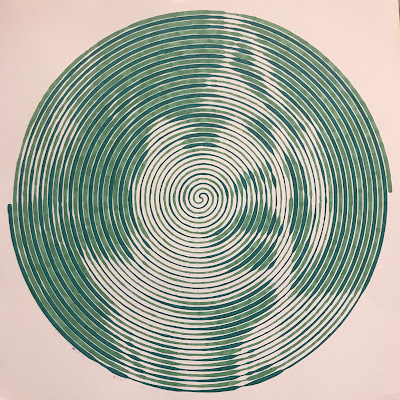 Or you could get even more creative: 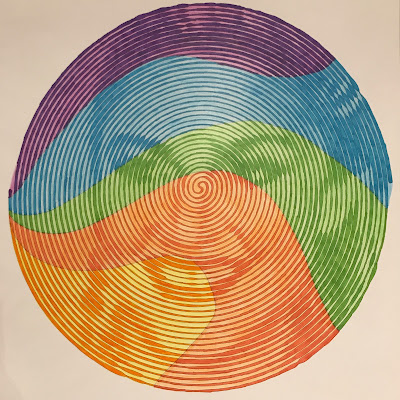 The possibilities really are endless!