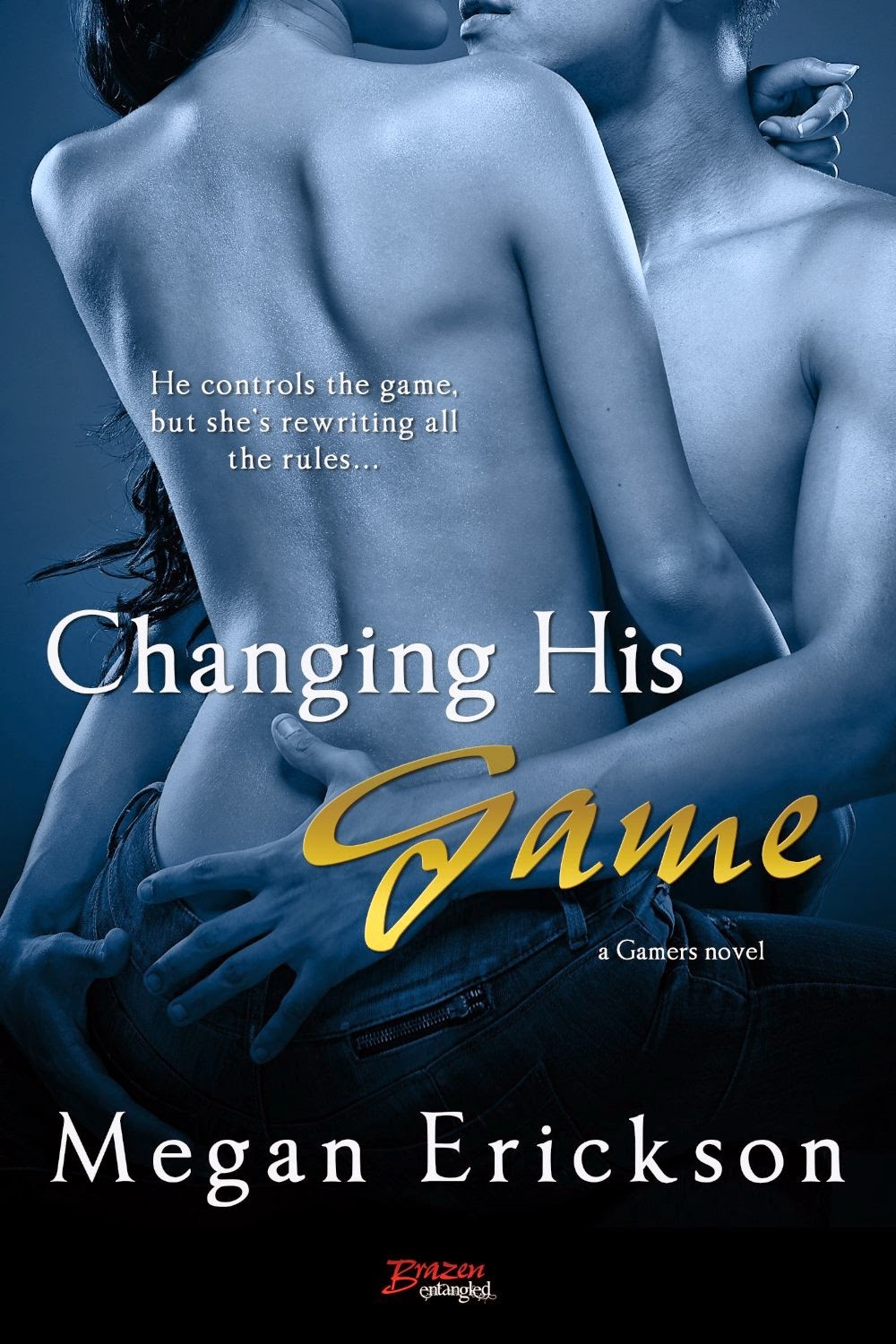 He controls the game, but she’s rewriting all the rules . . .

Marley Lake is no stranger to awkwardness, but getting caught watching a dirty GIF by the company’s hot new IT guy exceeds even her standards. That is, until she realizes he's as turned on by it as she is. But with a big promotion on the line, she refuses to let her current dry spell be her downfall. Maybe.

Austin Rivers has no business lusting after the irresistible editor of Gamers Magazine. He's a secret partner in the business—and technically Marley’s boss. One look at that GIF, though, and he’s ready to install a whole lot more than just software…as long as she never finds out who he really is.

But reality’s not as virtual as it seems, and when Austin’s identity jeopardizes Marley’s promotion, he has to change his game or risk losing the only woman with the cheat code to his heart.

Review:
Marley loves her job working as an editor for Gamers Magazine but she's had to work hard to earn the respect of her mainly male colleagues. When she gets caught watching porn gifs on Tumblr by the hot new IT guy there is no denying the look of interest in his eyes but the last thing she should be thinking about is getting involved with someone she works with - especially when she's about to interview for the promotion of her dreams. Austin knows he shouldn't make a move on Marley, especially since he's not really a member of the IT department and is in fact one of the owners of the magazine and technically her boss, but there is no way he can resist acting on the attraction he feels for her. Austin is sure he can get her out of his system by fulfilling one of their mutual fantasies but the more time he spends with Marley the more he realises he wants her to be a permanent part of his life. That might not be possible if Marley discovers the truth about his identity though and now he's desperate to figure out a way to fix things before his secret is discovered.

I'm a sucker for Brazen romances, they're always super hot and fun to read and I can't get enough of them. Megan Erickson is a new author for me but as soon as I read the blurb for Changing His Game I knew I wanted to get my hands on a copy - a nerdy hero and a gamer girl? Sign me up! I'm so glad I had the chance to read this early because it was even better than I expected. Austin is that perfect kind of hero, he's definitely a geek and a bit of a loner but he's also really sweet, very dominant and a great dirty talker. He knows exactly how to take control and how to make a girl week at the knees and he is the perfect guy for Marley who is desperate to let someone else take charge in the bedroom since she spends so much of her time being the one in control at work. These two have fantastic chemistry and oh boy the sex scenes are HOT as hell - I'm talking melt your kindle hot!

I don't really want to say too much about the story but the fact that it starts with them both looking at porn on the internet, escalates to more than a little hot and heavy action in surprising public places and ends with them cosplaying at Comic-Con I think it's obvious you're in for a real treat. I can't find any details on the rest of the series yet but I'm desperately keeping my fingers crossed that Austin's best friend Grant and Marley's brother Chad are both going to get their own books. No matter what any future books in this series are going straight to the top of my wish list and in the meantime I'll be checking out some of Megan Erickson's other books.