Review: The Girl the Sea Gave Back - Adrienne Young 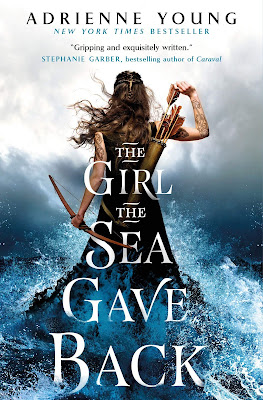 For as long as she can remember, Tova has lived among the Svell, the people who found her washed ashore as a child and use her for her gift as a Truthtongue. Her own home and clan are long-faded memories, but the sacred symbols and staves inked over every inch of her skin mark her as one who can cast the rune stones and see into the future. She has found a fragile place among those who fear her, but when two clans to the east bury their age-old blood feud and join together as one, her world is dangerously close to collapse.

For the first time in generations, the leaders of the Svell are divided. Should they maintain peace or go to war with the allied clans to protect their newfound power? And when their chieftain looks to Tova to cast the stones, she sets into motion a series of events that will not only change the landscape of the mainland forever but will give her something she believed she could never have again--a home.

Review:
Tova doesn't remember the early years of her childhood, all she knows is what the clan who rescued her told her. That she was abandoned at sea by her own people before the Svell found her washed ashore. The Svell gave her a home but they have always been wary of her as her people are considered cursed. As long as Tova is willing to use her gift as a Truthtongue, her ability to read the runes and always know what is true, they will let her live but if she stops being useful she knows she'll soon be killed.

The Girl the Sea Gave back is set ten years on from events in Sky in the Deep, the Aska and Riki clans joined together to fight a greater enemy and have since merged into a new clan called Nadhir. Although the Nadhir are living peacefully and have made no attempt to threaten the Svell the Svell leaders are wary that they could be a dangerous enemy. The Svell are divided on what to do about it, some want to keep the peace while others are determined to start a war now while they still hold the advantage in numbers. When Tova is asked to cast the stones to help them decide how to proceed things are changed forever and Tova is forced to decide whether to help the people who raised her or the clan the runes are leading her towards.

I really enjoyed being back in this world. It was especially nice to see what previous characters are getting up to now and I loved the fact that Fiske's younger brother Halvard has grown into a strong young man who is being groomed to take over as leader of the Nadhir clan one day. Tova's abilities were really interesting, I really like the world building in this series and the use of Norse mythology is cleverly done. I have to admit I was expecting more romance though considering the first book had quite a strong romantic subplot. Tova and Halvard don't even have a proper conversation until about 75% into the book and up until that point they only see each other in passing. I think it was a bit much expecting us to believe they both had such strong feelings based on fleeting glances no matter what fate had decreed. That's a fairly minor issue though, this story was more focused on the action and had some great battle scenes so if you go into it looking for that rather than romance then you won't be disappointed.

I believe this series was a duology and it does end at a point where you're not left on the edge of a cliff waiting for more answers but I'd still be happy to spend more time in this world if Adrienne Young does decide to resist it. She's definitely an author I'm going to be watching out for though and I'm interested to see what she comes up with next.

Source: Received from Titan Books in exchange for an honest review.


Don't forget to check out the rest of the stops on The Girl the Sea Gave Back blog tour: 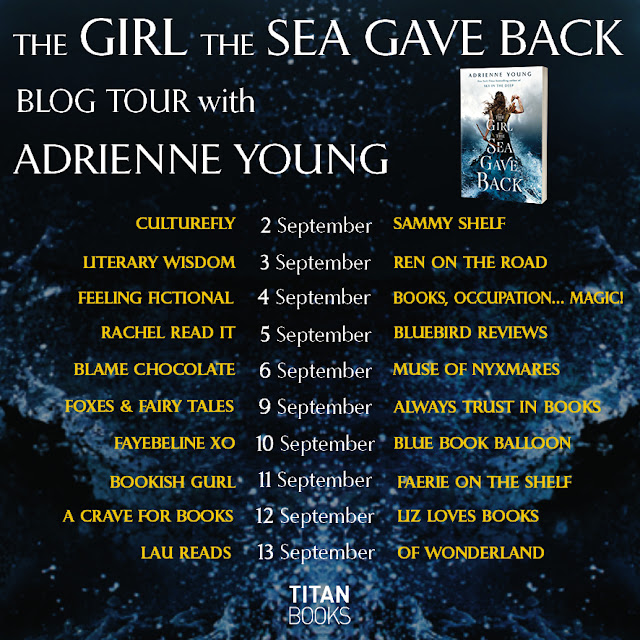