Walk in the footsteps of Sherlock Holmes with this free app

Swedish start-up StoryTourist is currently launching an app where the user can step inside Sir Arthur Conan Doyle’s classic short story “The Adventure of the Blue Carbuncle”.  “StoryTourist creates self-guided walking tours based on famous stories, to make it possible for you to experience them in the very spot where the action happens” says Johanna Forsman, CEO and co- founder of StoryTourist. 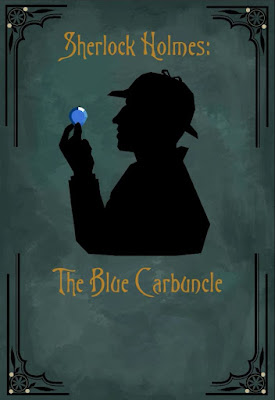 Starting this September, Sherlock-fans visiting London will have a digital and flexible option to the traditional guided tours in the Baker Street neighbourhood. Even residents might be tempted to explore their own city in a new way using the app, especially considering that it will be offered for free during its release period. 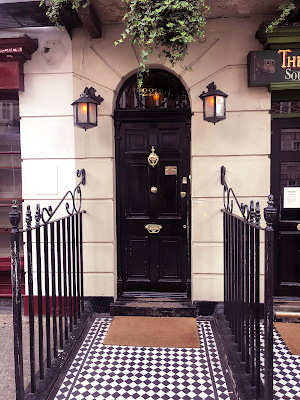 Research within the travel industry shows that experiential travel is on the rise world-wide – tourists wish to explore beyond the traditional tourist traps and to be inspired by the travel destinations they choose. StoryTourist is a new way to travel while also experiencing your favourite books, films and other stories – like solving crime with Sherlock Holmes in London. With the StoryTourist app you step into some of our most beloved stories, to follow in the characters’ footsteps and share their adventures with the help of audio, animations, images and interactive puzzles. This walking tour will tie reality and storytelling together into one immersive experience. 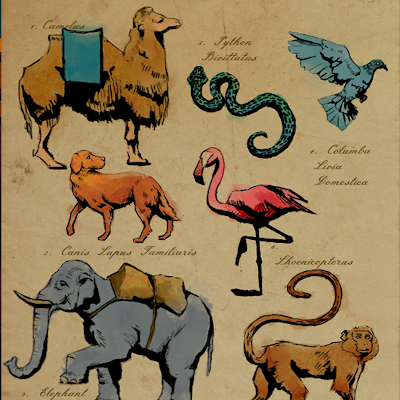 StoryTourist has previously released a Little Mermaid tour in Copenhagen, and Johanna Forsman confirms that together with the digitally guided tour in London this is just the start of a bigger adventure; “StoryTourist has grown quickly through venture capital and support from the Swedish state-run innovation agency, and we have plans for many new exciting fiction tourism experiences”. 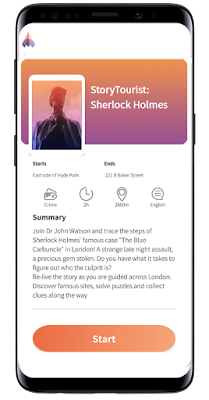 The “StoryTourist: Sherlock Holmes” app is available for iPhone in the Apple App store and for Android on Google Play. Both versions will be free to download until the end of October. For more information, please click through to our social media channels and website via the links below.

I received this press release a few days ago and thought it sounded like a really fun idea. This isn't a paid for or sponsored post and I've not had time to test out the app myself yet (although I have downloaded it to try out when I'm in London next!) but I thought I'd share it with my fellow bookworms in case anyone else wants to give it a try.
at 18:00