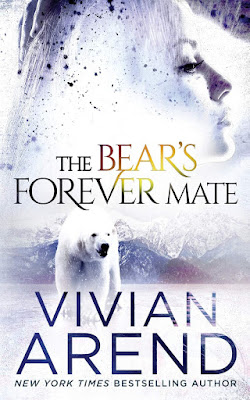 HE’S GOT THE PERFECT MATE IN MIND, FOR FIVE YEARS FROM NOW...

Cooper Borealis is fully on board with the concept of fated mates. Except mating the woman he wants—his tempting, complicated, human secretary—is not an option. Or not yet anyway. So he’ll use a loophole to keep the vow he made to his brothers, mating fever be damned. He’ll be with Amber Myawayan at the place and time of his choosing.

Amber has spent the past two years in the north looking for her missing brother—and falling in love with the big, growly polar bear at the helm of Borealis Gems. More than once, she’s caught him looking at her with hungry shifter eyes. But getting him to admit it? Ha! Luckily, mating fever is a thing, and she’s happy to get involved as nature forces the issue to the forefront.

But when their mating bond is unexpectedly blocked, Amber and Cooper find themselves in a race against time. She needs to track down her brother while somehow proving she’s tough enough to be with her favourite bear. And Cooper plans to protect her at all costs, even if it means secretly stifling his stubborn shifter side.

Somewhere in the wilderness, they’ll find the answer…or lose their chance at forever.

Review:
In this third, and final, book in the Borealis Bears Trilogy Grandfather Giles turns his attention to his oldest grandson. Cooper already has his mate picked out, he just doesn't think the timing is right to settle down and start a family. Cooper is already courting Amber but in his own, very slow, way because she's a human who only recently found out about the existence of shifters and he's hoping that as she starts to trust him she'll eventually develop stronger feelings. What he doesn't realise is that Amber already wants him and when the two end up stranded together in the wilderness it might just be the push they needed.

I've been really looking forward to Cooper and Amber's story. I've loved all of the brothers but Cooper has always been a bit of a mystery figure but he's one who obviously cares about his family and looks out for his younger brothers. It turns out that both Cooper and his inner bear are very stubborn and although they've both chosen Amber neither of them are keen to start the mating dance any time soon.

Amber has two goals, one is to find her missing brother and the other is to win Cooper's heart. When the chance comes along to achieve the first she's thrilled when Cooper volunteers to join her on her journey into the wilderness. Amber will do whatever it takes to convince Cooper she's ready for the mating but if she doesn't work quickly they may both run out of time.

This was a brilliant end to the trilogy, Grandfather Giles may be a meddling old man but it's been clear from the start that he has his grandson's best interests at heart and it looks like he isn't the only family member who is capable of setting long term plans in motion. It's been great to see all three couples find happiness and I can't help hoping that we may see further books set in this world that give us the chance to catch up with them all a few years down the line.