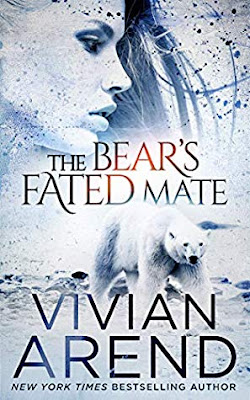 He’s going to pick someone perfectly wrong for him—because fate isn’t in charge of his world!

As head of security for the family company, polar bear shifter Alex Borealis has intel warning something big is about to happen. His prime suspect? Tantalizing, infuriating Lara Lazuli, youngest daughter of Borealis Gems’ main competitor. But when mating fever hits, he decides she’s the perfect one to turn to. They’ve got chemistry hot enough to melt the polar ice caps, but he doesn’t trust her enough for a permanent connection to form.

Being with Alex is one step shy of torture for Lara. As a wolf shifter, she scented the truth the instant she met him months ago—he’s her mate. But she’s not about to trap anyone into being with her, especially not a man who thinks she’s up to no good. Add in her own suspicions of wrong-doing in her pack and Lara’s caught between heaven and hell.

But tangled sheets lead to real communication, and a bond of friendship forms that neither expected. When Lara asks for help, Alex finds himself living in the pack house, scaring off random Alpha wolves and fighting at her side.

Because the mating fever knows a thing or two about fate and forever.

Review:
The Bear's Fated Mate is the second book in Vivian Arend's Borealis Bears series staring three polar bear brothers. We already saw James find his mate in The Bear's Chosen Mate and now it's his older brother Alex's turn to find love. Their meddling grandfather is determined to see all of his grandsons settled down and he's not above playing dirty to get what he wants.

Alex is head of security for the family's firm and he's pretty sure that their main competitors are up to something. He's been keeping an eye on Lara, the youngest daughter of the rival firm's founding family, and he's sure she's hiding something which makes him determined to root out all of her secrets. The fact that they have great chemistry is just a bonus, especially since he can feel his mating fever coming on. Who better to burn off the fever with than a wolf shifter from a rival family who couldn't possibly be his mate?

Lara is worried that her family are about to do something stupid and start some kind of war with Borealis Gems. She's been trying to find out what her sister is hiding but so far all she's managed to achieve is catching Alex's attention. Spending time with Alex is a unique kind of torture for her, all her wolf instincts tell her that he's her fated mate but Alex has no interest in a long term relationship and she doesn't want to get her heart broken no matter how much she longs to accept his advances. With Alex about to go into mating fever things are going to get complicated!

I think I enjoyed this even more than the first book which is saying something because the first book was great. I loved the chemistry between Lara and Alex, they fit together really well as a couple and have a lot of similar interests and skills. What's really funny is that Lara, her wolf and his bear all recognise each other as mates but Alex is too stubborn to see what is right under his nose until he nearly looses it. Grandfather Giles is up to his old tricks and meddling in his grandson's affairs but he's not the only family member involved this time and it was brilliant when all of the trickery going on behind the scenes was finally revealed. I enjoyed seeing Alex spending time living amongst the wolf pack and it was fun to see James and Kaylee so loved up too. I'm really looking forward to Cooper's book so I'm glad we only have to wait until February for it to release.