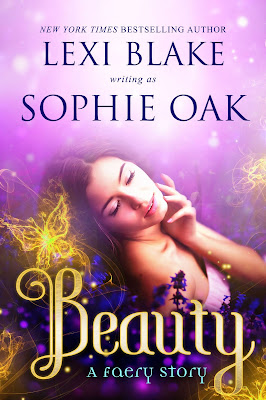 The princess in the tower

In one horrifying night, Bronwyn Finn lost her family, her kingdom, and the princes who had haunted her dreams for years. Left alone, years pass as she fights for survival and craves revenge against the uncle who took everything from her. But she’s never forgotten her Dark Ones. Now she hides along with her guardian, but the war rages ever closer.

A tragedy marred Lach and Shim’s lives. The future kings of the Unseelie Fae are obsessed with finding their promised wife—Bronwyn. Lach and Shim have never stopped believing that Bronwyn is their mate. She is the bond that connects the halves of their shared soul.

A destiny that will change a kingdom

With the blessing of the renegade kings, Beck and Cian Finn, Lach and Shim begin a dangerous quest to find their bride before Torin and his hags take her life.

Across two planes, a war will rage. Lives will be lost. Love will be found. And the Seelie Fae will welcome their true kings home.

Review:
Bronwyn lost everything the night her uncle invaded her home and killed her parents so he could take their throne for himself. Her brothers, princes Beckett and Cian, escaped but believing Bronwyn was dead they left her behind. She only survived with the help of the unseelie princess Gillian and the two have spent years in hiding hoping to find a way to escape and reunite with their families. Throughout her childhood Bronwyn dreamed of two men who she called her Dark Ones, they grew up with her and where her closest friends but their connection was lost the night she almost died and she has missed them desperately ever since.

Lach and Shim are the unseelie princes and symbiotic twins, one soul split into two bodies. Technically they should be fading away without finding their mate but they both bonded with Bronwyn across the planes the night she nearly died. For years the connection has been weak and they feared she might be dead but recently they've been able to connect with her through their dreams once again. Now they need to convince their father, and Bronwyn's brothers, that she is alive and desperately in need of their help. The seelie and unseelie must unite against the imposter king if they're going to have any chance of protecting all of the realms but it won't be an easy battle.

The first two books in this series were brilliant and my jaw almost hit the flaw when it was revealed at the end of the last book that Bronwyn was still alive. I couldn't get my hands on a copy of Beauty fast enough and I enjoyed every minute of it. We get to spend time with the previous couple and triad which was fun but I think Bronwyn, Lach and Shim probably had my favourite romance of the series. Lach and Shim have always known who Bronwyn was, in fact they sent their sister Gillian to the seelie court hoping to arrange their marriage, but things went to hell before anything could be arranged. Bronwyn on the other hand believed the guys were just a figment of her imagination so she gets quite the shock when they walk into town expecting her to marry them!

All three of them have very different personalities but put them all together and they balance each other out perfectly. There were a few frustrating moments when Bronwyn wanted to be allowed to fight for her people but the brothers wanted to hide her away and protect her but once they come around they're a force to be reckoned with. This book ties up the loose ends from the previous books, we've been building towards a war with Bronwyn's uncle for a long time now and it was satisfying seeing them all come together to take him down. It's been years since these books were first published but I'm really hoping that now Lexi Blake has made the decision to rerelease them that we might get an extra book with Gillian's story, I'd really like to see her get her own happy ending but I think enough hints were given in this book to give us a good idea how her life will turn out.

This has been a fun series to read and it's definitely one I'd recommend to paranormal fans who like a little Dominance and submission in their stories. I love how all of the books in Lexi's different series are loosely interlinked, and here we get to see a few familiar faces from Bliss and Texas Sirens but with a twist.