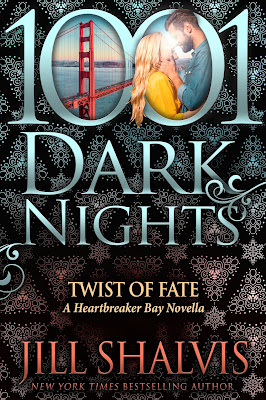 When the one you want…

Daisy doesn’t believe love is ever-lasting, so it’s ironic as hell that she parlayed a business degree into a wedding planning business. More ironic still is her latest job bringing her back into contact with the man who’d taught her that love can’t last.

Is the one you can’t have…

To say Diego has been taught the hard way to bury emotions is an understatement. But when he’s called home to help the brother he hasn’t seen or spoken to in years, that’s one thing. It’s another entirely to also come face to face with the first woman he ever loved. First and only…

Can love conquer all?

Daisy’s learned to depend only on herself, and Diego is and always has been an island of one. And yet when they’re together, even when they’re bickering, still wary and haunted by memories of what was … it’s magic. The question is, how to find their way back to each other…?

Heartbreaker Bay Series:
Sweet Little Lies
The Trouble with Mistletoe
One Snowy Night (Novella)
Accidentally on Purpose
Chasing Christmas Eve
Holiday Wishes (Novella)
About That Kiss
Hot Winter Nights
Just Say When (Short Story included in the All Wrapped Up for the Holidays anthology)
Playing for Keeps
Wrapped Up in You
Twist of Fate (Novella)

Review:
Daisy used to believe in love, but that was before her childhood sweetheart pushed her away and broke her heart. Now she's an expert wedding planner for other people but has given up hope of finding her own happily ever after. Diego hasn't spoken to his brother for years but when Rocco asks him to be his best man he hopes they can patch things up. The last thing he's expecting is for the only woman he ever loved to be Rocco's wedding planner though. With two meddling grooms determined to push them together any at every opportunity Daisy and Diego can't avoid each other even if they wanted to and it quickly becomes clear that neither of them have ever moved on from their failed relationship. What remains to be seen is whether they can let go of the past to give in to the spark that still flares between them or whether they're both too damaged to believe in second chances.

I love second chance romances and I think it's one of the best tropes for a novella because you get the sense of history between the couple and it stops the story feeling like a case of insta-love. Daisy and Diego's relationship ended at a pretty awful time in Diego's life, he was dealing with a lot and he pushed Daisy away because he didn't want her feeling trapped. Daisy would have given up anything to be with him so was hurt that he held her at a distance so when she left town for college she was determined not to look back. Neither of them had really done anything wrong, it was just a case of bad timing really, so it was easy to root for them to work things out. Especially since they had such great chemistry.

Jill Shalvis always manages to write such sweet but sexy romances with great characters and Twist of Fate was no exception to that. This is part of the Heartbreaker Bay series but as I've not read any other books in that series I can confirm that it works perfectly as a stand alone. I definitely need to catch up with these books though as I'd forgotten how much I love Jill's writing style and sense of humour.