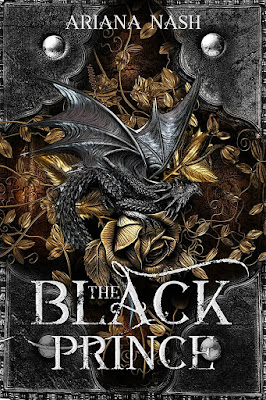 In the war-torn rubble of the human world, can a rebel elf and a lost dragon prince find love, or will a dark threat tear them and their world apart forever?

A new land, a new court, a new king, but some things never change.

Broken in all ways, Akiem fled his life as the amethyst prince only to land at the mercy of the beautiful but deadly diamond king, Luceran.

Akiem knows dragons. He knows he’ll die today, tomorrow, whenever Luceran’s executioner brings down his axe, and maybe it’s all he deserves. He’s ready for death, craves it even, like he craves the elf with flame-red hair and a sly smile, the damn elf whose stolen kiss lit Akiem up in ways he didn’t know were possible.

Akiem doesn’t do males and he definitely doesn’t do elves. But some things do change.

Drifter, mercenary, lover — Zane is all those things. He’ll do almost anything for coin. But he doesn't do dragons and he definitely doesn’t do love.

It's not such a bad life for an elf. Better than the rest of his kin, living under the rule and whims of the dragon king, Luceran.

Working as a bodyguard in Bayston should have been quick coin in his pocket before moving on. But King Luceran has a new toy he parades at court. A dragon with eyes of gold and scales as black as night.

He probably shouldn’t have kissed him. Definitely should have killed him.

And now, moving on is the farthest thought from Zane's mind. Because Luceran's new toy is not like the other dragonkin. And maybe, just maybe, the terrible, beautiful beast has the key to freeing all the persecuted elves and unlocking Zane's restless heart.

But with the arrival of the Black Prince, everything is about to change.

The Black Prince is part of the Silk & Steel world and takes place after events in Silk & Steel. It can be read as a standalone.

Review:
If you'd asked me at the beginning of the Silk & Steel series if I wanted to read a whole book about Lysander's brother Akiem the answer would have been a resounding no, but by the time I'd read Blood and Ice, I'd definitely changed my mind. Anyway, as you might have guessed from the title, The Black Prince picks up Akiem's story after the end of the original trilogy. It was a very broken version of Akiem that fled across the ocean trying to escape his past and what he found there was a world very different to the one he grew up in but once more it's a world where he has no control over his own life.

Akiem has caught the eye of the dragon Luceran and nobody tells the diamond king no and lives. All Akiem can do is try to find a place for himself in Luceran's court, he just wants to fit in and not draw too much attention to himself but that becomes increasingly difficult when the king's brother starts trying to draw him into a conspiracy. Mercenary Zane is an elf who drifts from one place to the next earning whatever cash he can along the way but when he discovers a secret he's horrified by the actions of one of his own people. Then his friend is abducted and Zane knows he'll do whatever it takes to mount a rescue, even if that does mean seducing the king's latest pet dragon.

I'm not going to say much more about the story so you'll just have to read the book for yourself. What I will say is that Ariana Nash is extremely good at making me care about characters that are flawed. We all saw Akiem do terrible things in previous books yet I found myself really feeling for him here and wanting him to find some kind of happiness. After all Akiem grew up with the same mother as Lysander and although he was the favoured son that doesn't mean his life was easy. He did terrible things just to survive but the difference is he feels guilt for what he's done, he's now trying to make amends for his previous actions and that makes it much easier to forgive him. Zane was another great character, someone who doesn't always make the right choices but who tries to do the right thing. He's seen a lot of suffering in his life but that hasn't jaded him past the point where he can see the good in others.

This story was a great addition to the Silk & Steel world. It's set in a different country so it can be read as a stand alone but I think you'll appreciate how far Akiem has come much more if you know his story from previous books. All of the other characters are totally new though and there are definitely some interesting ones there so I'm kind of hoping we might end up getting a few more stories set in this world.