What happens after happily ever after? 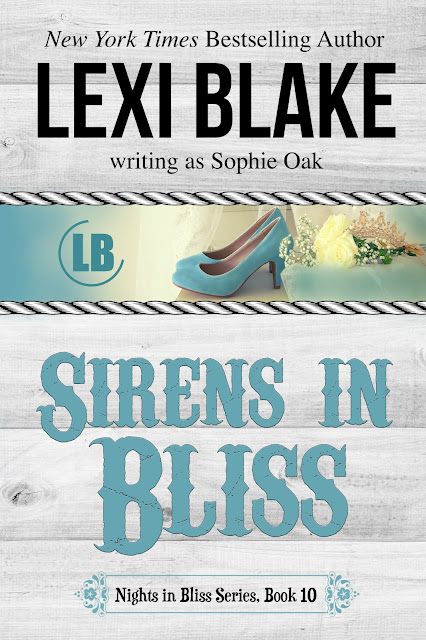 It’s the event of the year. The wedding of Leo and Wolf to their beautiful sub, Shelley McNamara, has all of Bliss up in arms—and makes everyone think about love and marriage and family.

Wolf and Leo have to deal with the sudden reappearance of their father. Rafe Kincaid is handed an opportunity that might take him and his family away from Bliss. Aidan, Lexi, and Lucas O’Malley find themselves at a crossroads in their marriage. And Stefan Talbot must face his biggest fear—possibly losing his wife in childbirth.

So come to the Feed Store Church, pick a seat, and enjoy the chaos as all your favorite characters from Texas Sirens and Nights in Bliss, Colorado, come together for one eventful weekend.

And some of them may never be the same again.

Note: This is a reunion book, which shares an overall story arc and many crossover characters with the Texas Sirens and Nights in Bliss series. This is not a stand-alone. 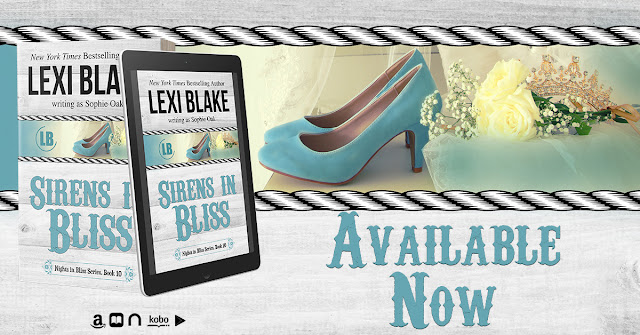 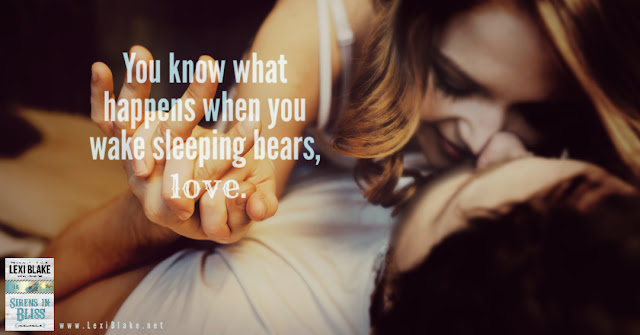 Shelley turned her head, looking between them both. “You know I thought it was weird that neither one of you looks a thing like your father.”

Wolf shrugged. He was happy about that. “Guess we took after Ma’s side.”

“Nope. I spent the afternoon looking through pictures of Cassidy’s family while we played with beets. They’re all small. She said Robert’s people were, too.”

Oh, god, had his mother gotten to her? “No alien DNA here.”

She shrugged, a teasing smile on her lips. “I don’t know. You seem smarter and faster and more agile than the normal human. And hey, I wouldn’t mind if my kids got an edge because their dads had some freaky genetics.”

She laughed and threw her arms around Leo, kissing him soundly. She turned and gave Wolf the same treatment.

He could actually see several play scenarios where being half-alien might be fun.

“Hey, I have about thirty minutes before I have to drink beet juice. Why don’t we have one last crazy fling before we’re boring old married people?” Shelley asked, a glint in her eye.

He started to lead them back, finding the door and hauling them all in. He shut the door and turned on the small light. Thank god Lucy, Zane’s waitress, was as obsessively, compulsively clean as his brother. The storage room was pin neat and had enough space for what he needed to do.

“Shouldn’t we turn the lights off?” Shelley asked.

Leo stared at her. “Shouldn’t you take your clothes off?”

Yep, he was already in Dom mode. That was plain to see. “Hurry, baby. He’ll spend all his time spanking you and then we won’t get to the part where I feel some small amount of relief for my aching dick.”

It was only the truth. He’d been hard for days. Well, the whole sweat lodge thing had actually been a blessing since his cock had shriveled up at the thought of being alone in a sweaty, naked place with his brother and de facto stepfather, and his stepfather had been talking sex. It had been damn funny until he got a picture of it in his head. He was actually happy now that he was hard again. For a couple of minutes, he thought his cock might be dead.

“Well, we can’t have that, can we?” Shelley pulled the tie on her wrap dress and was handing it to Leo in no time at all. Her gorgeous curves were on full display in a sexy black bra and some killer heels. No panties. His girl had learned that lesson long ago.

Leo sighed, his hand covering her shoulders and sliding down to her breasts. “Do you have any idea how much we’ve missed these breasts?”

Wolf flicked the back clasp of her bra because the situation was far too desperate for a ton of playtime. His brother liked to warm up, but Wolf was already on fire. “We sat around drinking beer last night and moaning about how long it had been since we’ve seen you naked, baby.”

A shake in Leo’s voice gave away the fact that he was on edge, too. “It’s been eight days, thirteen hours, and twenty-four minutes.”

Her head fell back against Wolf’s shoulder as she laughed. “Well, you two certainly know how to make a girl feel wanted.”