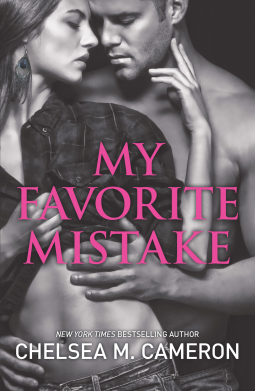 Two secrets. One bet. Who will break first?

Taylor Caldwell can't decide if she wants to kiss her new college roommate or punch him.

On the one hand, Hunter Zaccadelli is a handsome blue-eyed bundle of charm. On the other, he's a tattooed, guitar-playing bad boy. Maybe that's why Taylor's afraid of falling in love with him, or anyone else. She doesn't want to get burned, so she needs him gone before it's too late.

Hunter himself has been burned before, but Taylor's sexy laugh and refusal to let him get away with anything make her irresistible. Determined not to be kicked out of her life without a fight, Hunter proposes a bet: if she can convince him she either truly loves or hates him, he'll leave the apartment;and leave her alone.

But when the man behind Taylor's fear of giving up her heart resurfaces, she has to decide: trust Hunter with her greatest secret, or do everything in her power to win that bet and drive him away forever.

Review:
I hate to say it but this is going to end up being more of a rant than a review, I just can't talk about this book without going into detail about the main character's completely unacceptable behaviour and I have a whole heap of quotes I'll be using to back that up. I really hate this trend that female characters have to act like a complete bitch to be seen as a strong woman, the trend that says it is OK for a girl to beat up on a guy because she has had a bad experience in the past. Domestic violence is WRONG, I don't care if the perpetrator is male or female - the ONLY time it is acceptable to resort to violence is when you are defending yourself from a physical assault. If you are beating people up for any other reason then you need to seek help.

My Favourite Mistake starts with the main character Taylor making the following statement:

The first time I met Hunter Zaccadelli, I punched him in the face. Granted, he completely and totally deserved it. He also asked for it, in so many ways.

I was initially prepared to give her the benefit of the doubt because we don't know what he did to get that reaction from her but when the scene plays out I was shocked at her behaviour. Taylor has just moved into a new coed dorm at her college along with her friends Renee and Darah and they are waiting for their fourth room mate to arrive. In walks Hunter and Taylor is horrified to discover that she will be sharing her room with a guy. I can kind of understand that reaction but it's not exactly Hunter's fault that he was assigned to their room. (On a side note would a college really place a guy in a room with three girls? I'm not sure I believe that!). Hunter is a good looking guy with tattoos, a guitar and a cocky, flirty attitude so Taylor immediately pegs him as a douche without even spending five minutes getting to know him. He makes the terrible mistake of flirting with her and stepping into her personal space but does Taylor react like a normal person and ask him to back off? No she punches him in the face (hard enough to leave a bruise) and knees him in the nuts before storming out of the apartment. Her friends don't seem particularly surprised by her reaction which just confused me - if one of my friends acted like that I'd want to know what the hell was wrong with them! The only person who questions her behaviour is her sister and this is the conversation they have about it:

"Aw, Kid, why did you do that?"
"He cornered me, what was I supposed to do?" My hand was red and starting to turn a lovely purple shade.
"You could have told him to back off. That would have been the logical thing to do."
"You know I'm not a logical person."

Well no Taylor quite obviously isn't a logical person - she's actually a violent head case. From this point onwards Taylor is consistently rude to Hunter, she calls him names, snaps at him and does everything she can to get him out of her life. For his part Hunter is patient with her, he cooks for her, he buys her jewellery, he goes out of his way to make sure she is safe and happy and he continues to banter with her while all this time she continues to call him a douche for absolutely no reason! I can't for the life of me understand what such a nice guy sees in her. There is just nothing likeable about Taylor, even when we eventually find out what she went through in her past it couldn't excuse her current behaviour. I felt bad about what had happened to her and could understand her being wary around men and finding it difficult to trust people but that is still no excuse for her getting violent.

I kept hoping we'd see her get some kind of anger management but she refuses to accept any kind of help and that wasn't the only time she hit Hunter either. She threatens him constantly and the second time she attacks him was when he committed the terrible crime of trying to wrap her in a blanket because she was shivering. Here is part of her attack against him:

“Stop it!” I thrashed, but he wouldn't let go of me. He tried to pick me up, but I was ready for him, landing punches and kicks right and left. His face was blank. Somehow he got me to my feet, and the blanket fell away. It was like I’d unleashed something dark and violent that had been stirring inside me since that night eight years ago.
“Stop it! Stop it! Stop it!” I pounded on his chest. I slapped his face and I kicked him. I kept going until my lungs were heaving and my arms were sore and a strangled sob had escaped my mouth.
He stood with his arms at his sides. His face was red from me slapping him.

and this is her sad attempt at an apology:

"I’m still sorry I beat you," I said, touching his perfect face.
"How’s my face looking?"
I glanced up. He was going to look quite pretty tomorrow. "A little battered."
"That’s okay. I’ll just tell everyone I was in a bar fight."
"What, you’re ashamed to say you were hit by a girl?"
"No, but I’m worried you’ll get hauled in for domestic violence," he said with a smile.
"Okay, fine."

I think that was one of the most disturbing conversations in the whole book. He is making excuses to cover for her and protect her which is classic victim behaviour in domestic violence situations. The fact that she ribs him for being embarrassed to have been hit by a girl rather than worrying about her own actions was just completely disgraceful. She had kicked, punched and slapped him like a mad thing while he just stood there and took it. If that scene was written so that Hunter had been the one attacking Taylor can you imagine the public reaction? People would have been rightly horrified so why is it acceptable for Taylor to be the one doing the attacking? I'll answer that question for you - IT ISN'T!!! There is no way in a million years you'll ever convince me that she is anything other than a violent bully with anger management issues who should be in therapy. I might have been able to forgive her over time if she'd owned up to her problems and taken steps to resolve them but she doesn't and Hunter doesn't help with this either when he says things like this:

"I’m not coping with it, according to my therapists. There have been many."
"Fuck them. If breaking things and punching people every now and then helps you, I’ll be your punching bag and we can get you some stuff to throw off the roof. Deal?"

He's offering to be her punching bag if that makes her feel better? No, just NO. That isn't the right way to go about things! He should be offering to help her find a decent therapist or he should be telling her he isn't prepared to put up with the way she treats him and then running a million miles away from her. Taylor's behaviour isn't right, it isn't acceptable and it's only going to get worse if she doesn't deal with her issues. I'm disturbed that this story is considered a romance and that not one of her friends or family members try to put a stop to her actions. I'm also annoyed with Hunter for letting her treat him the way she does, he doesn't just let her get away with it he actually encourages her to carry on.

I think this is the first time I've ever given a book that I actually finished reading 1 star (I usually save that rating for books I didn't finish) but I can't bring myself to give it a 2 star "it was OK" rating because that feels too much like I'm saying domestic violence is OK. I've seen the results of domestic violence first hand and it is NEVER OK.