Review: Wilde for Her - Tonya Burrows 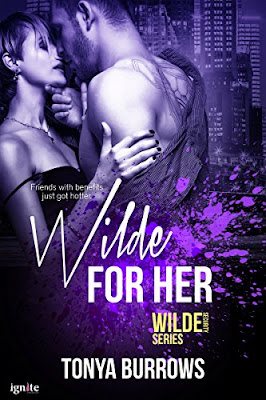 Friends with benefits just got hotter.

Former homicide detective Camden Wilde has been in love with his ex-partner, Eva Cardoso, for longer than he cares to admit. Not that it matters. She’s shoved him into the friend zone, and after living through the hell of his parents’ violent deaths, Cam’s unable to give her the idyllic life she secretly desires.

Eva’s never met a person who hasn't let her down. Cam may be sex personified, but he’s the only man she can trust, and there’s no way she’ll risk their friendship on the off-chance they could be more. Especially not after the one scintillating night she’s trying—and failing—to forget.

When a murder-for-hire contract on his head lands Eva on his doorstep, Cam knows it’s time to put up or shut up. He’s done biding his time, and he’ll be damned if he lets the delectable detective ignore what’s between them, no matter the cost.

Review:
Cam may have left the police force to work for the family security business but he has no intention of walking away from his best friend and ex-partner Eva. He has been secretly in love with her for years and it's about time that he proved to her what an amazing couple they could be. Cam is the only person Eva has ever been able to rely on, he has never lied to her and has always been there when she needed him but no matter how much she longs to take things further she could never risk losing his friendship if things went wrong. Can Cam convince her that their love is worth taking a chance on and what will happen if the contract that has been taken out on his life puts her in danger?

I really enjoyed both of Tonya Burrows' previous books so of course I jumped at the chance of reading Wilde for Her. Both of her series are loosely linked so it was nice to see appearances from characters we've already met and we also get to know the hero of the next HORNET book a little better too, I have to say I'm dying to get my hands on Seth's book Honor Reclaimed! The Wilde Security books are more spicy contemporary romances with a little suspense on the side while the HORNET books have more action and would definitely be categorized as romantic suspense so I knew going in that Wilde for Her would be hot and I wasn't disappointed. Cam and Eva have off the charts chemistry and as much as Eva fights the idea of having a relationship she certainly isn't adverse to them being friends with benefits.

They make a great couple though, I love friends to lovers romances and this is a fabulous example of that trope. You can tell instantly how much of a bond these two have, after working side by side for years they know each other inside out and they work together seamlessly in any situation knowing exactly what the other is thinking and how they will react. It is obvious to everyone around them how perfect they are together but they are both incredibly stubborn about it. Eva in particular is terrified of losing Cam, she has never had anyone she can rely on before he came into her life and she values his friendship more than anything. I could understand why she was so scared to take things a step further but I have to admit I did find myself a little frustrated with her at times because of it. Cam on the other hand has no problem admitting to himself how much he loves Eva but he is terrified that he can't be what she needs him to be and that he'll end up hurting her or losing her. There were times when I wanted to bang their heads together but Cam's twin Vaughn does it so effectively that we don't have to.

That's one of the other things I love about this series, the bond between the five Wilde brothers and the way they always have each other's backs. We get to know a bit more about each of the brothers in this instalment and I honestly can't decide whose story I'm most excited about, they each have very different personalities and their own demons and I have a feeling I'm going to fall for them all. Wilde for Her is a sexy read full of intense passion and hot enough to leave you fanning yourself. There is a bit of a mystery going on in the background but the focus is most definitely on the romance which worked for me. Tonya Burrows is already on my must read list and this book has guaranteed that she stays there. If you've not started this series yet then I'd definitely recommend picking up Wilde Nights in Paradise. 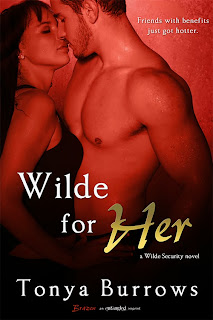 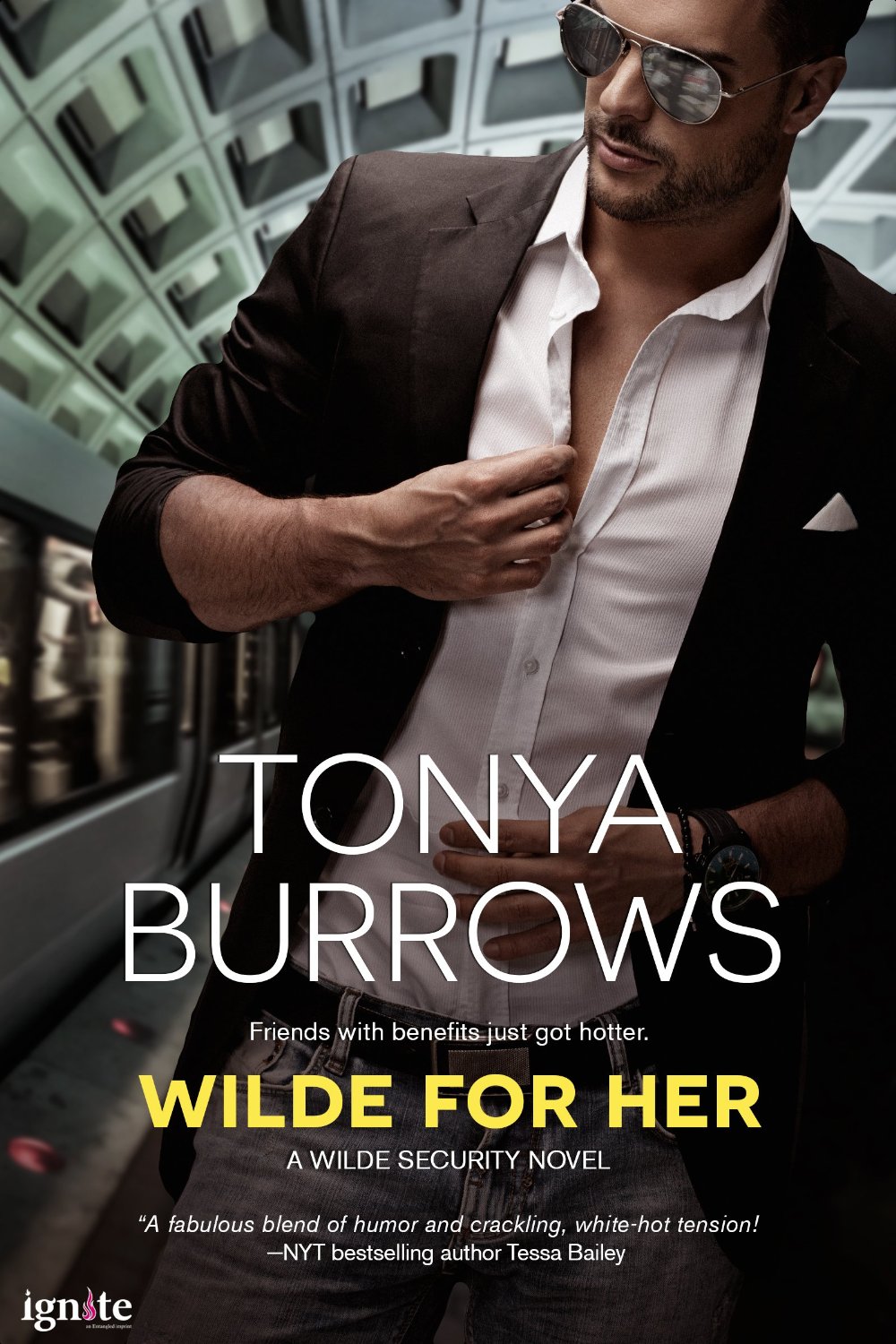