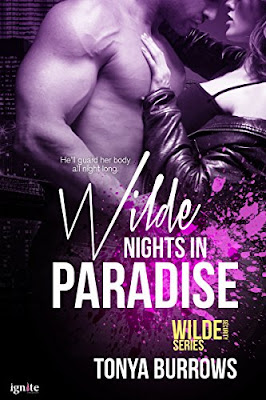 Former Marine Jude Wilde’s motto has always been “burn bridges and never look back,” so nobody is more surprised when Wilde Security is hired to protect assistant district attorney Libby Pruitt, the woman he loved and left. Although she makes it clear she wants nothing to do with Jude, they’re forced to fake a relationship for her safety. He can’t ignore the heat still simmering between them, and when her stalker’s threats escalate to attempted murder, he’s left with no choice but to whisk her away to a friend’s safe house in Key West, FL.

Cooped up in paradise together, Jude begins to chip away at Libby’s resolve to hate him. But even as she gives in to his proximity and her body’s demands for his, she refuses to fall for his charms again. Maybe a torrid affair in the sun is exactly what she needs to get him out of her system. But when her stalker tracks them down, can they escape the steamy Key West night without anyone getting hurt?

Review:
Jude has always been the Wilde brother who lived up to the family name, he is the youngest of five and has always thought of himself as the screw up. He plays up to his reputation and his goal is to have as much fun as possible and to never look back. After leaving the Marines a month ago he has joined his family security business, life behind a desk is driving him crazy so he jumps at the chance of body guard duty until he realises that the woman he has to protect is Libby, the fiancée he split up with eight years ago and hasn't seen since. Libby is no longer the fun loving young woman Jude once knew, he broke her heart and she has spent the years since they last saw each other focusing on her career to become an Assistant District Attorney. She isn't too worried about the stalker that has been trying to make her life a misery, she is convinced that if they wanted to hurt her they would already have done so but her father isn't going to take any chances and hires Wilde Security to protect her. Then when the stalker changes tactics and attempts to run Libby over she is forced to go into hiding with Jude. Libby never got over Jude so the last thing she wants is to spend time with him but no matter how much she hates him for what he did she can't deny the attraction she feels. Hoping to get him out of her system she agrees to a fling, but only if they don't let their emotions get involved. Can Jude convince her he's changed and that he can be trusted to protect both her body and her heart this time?

Wilde Nights in Paradise is the first book in Tonya Burrows's Wilde Security series. This series is loosely linked to her HORNET series - there will be some cross over of characters, this book for example introduces the hero of HORNET book 2 Seth Harlan - but it isn't essential to read both series alongside each other. While the HORNET books are romantic suspense giving as much (or possibly more) focus to the action as they do to the romance the Wilde Security books have a much heavier focus on the romance and the heat levels are a lot higher! (If you've read any of the other books in Entangled's Brazen line you won't be at all surprised to hear that). I thoroughly enjoyed SEAL of Honor and Wilde Nights in Paradise so would happily recommend both series but I thought it was important to note the differences for those readers who prefer either romantic suspense or contemporary romance.

I have to say I loved Jude from the very beginning, he is witty, charming and a lot of fun to spend time with. He has a reputation as a screw up and as someone who never sticks at anything but we quickly get to see another side to him. It's a side that he keeps well hidden from his brothers but that is just as big a part of him as the fun loving guy - a side that is honest, caring, protective and incredibly sweet. I forgot to mention the killer body and tattoos, I do love a guy who gives off a bad boy vibe (even when he isn't actually a bad boy) and who has tattoos! From what we learn of his separation from Libby at first it seems like it is all Jude's fault but it was easy to see there was more to the story than met the eye and I have to say even before you know the full story it is quite easy to forgive him. Libby is a strong woman who knows what she wants from life, she is stubborn and feisty and there is no way she is going to let Jude break her heart all over again. They have fabulous chemistry from the moment they are back in the same room and spending long hours cooped up in a small house it is no wonder that heat turns into explosive passion. Jude was hot as hell and I'm definitely thinking it would be a lot of fun to go paddle boarding after seeing what Jude and Libby get up to on their trip!

The focus of Wilde Nights in Paradise is definitely on the romance and I loved the way we get to see Jude and Libby's relationship developing from both of their perspectives. The relationship is both sweet and hot and it was great to see them both work through their issues to grow as both individuals and as as a couple. I enjoyed the mystery surrounding Libby's stalker and also uncovering the truth behind what happened in their past but what I loved most was watching the banter between Jude and his brothers. I can't wait to read the other four Wilde brother's stories and I just can't decide which one I'm most excited about, they all had distinctive personalities and it'll be fun to get to know them better. Tonya Burrows has impressed me with both of her novels and I've definitely added her to my list of must buy authors. I'm looking forward to continuing both of these series and would highly recommend giving them a try! 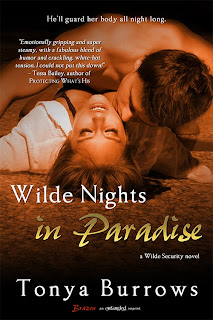 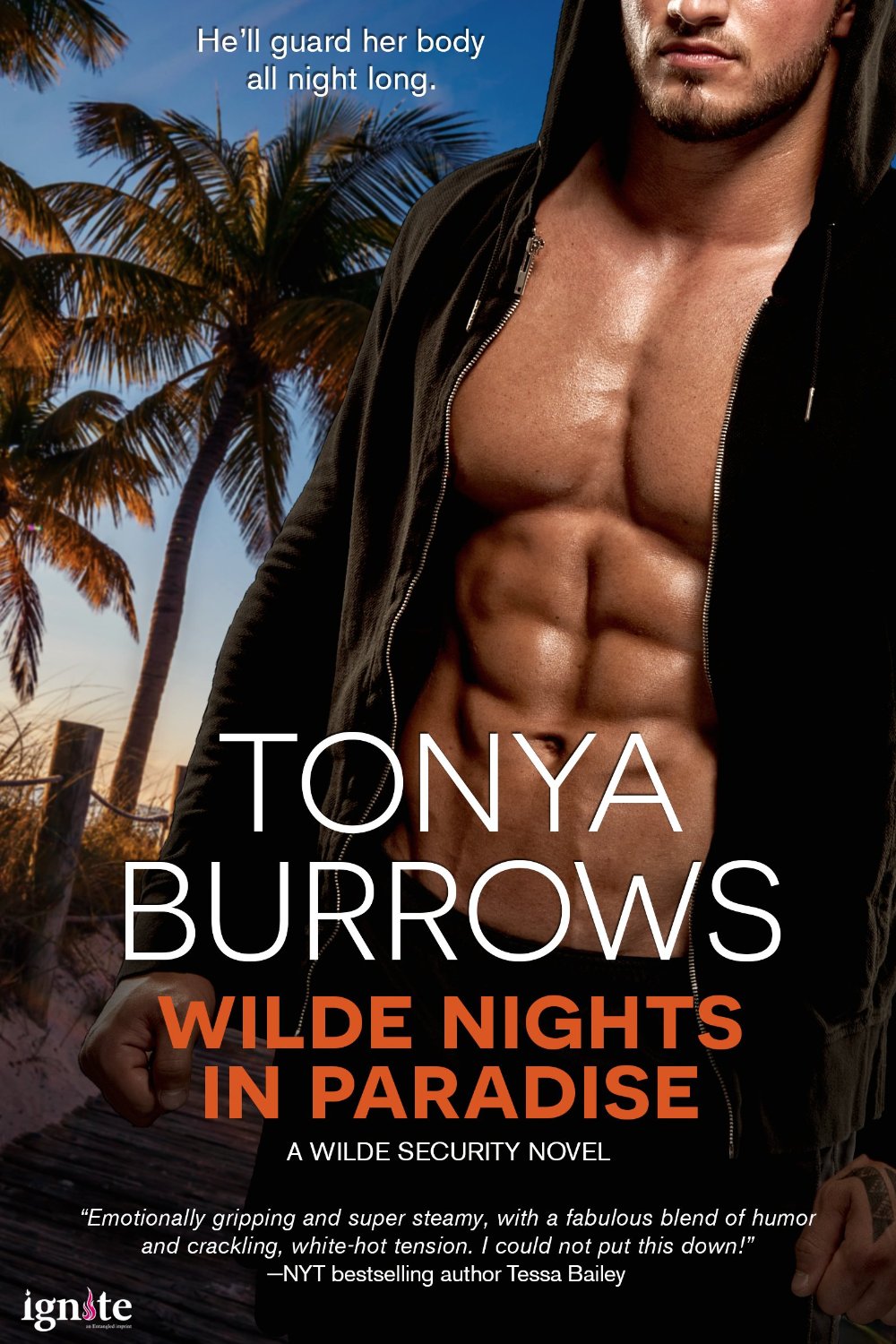