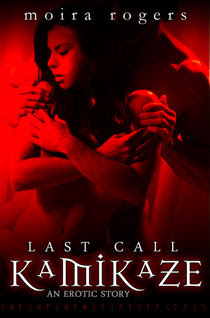 Zoe Bennett is an inexperienced werewolf in the grip of her mating cycle. With no pack and no mate, Zoe must brave the supernatural crowds of Last Call, the bar where your drink order tells everyone what you need.

Kamikaze: Werewolf in heat, looking for a temporary mate

The chase is on, and security specialist Connor O'Malley intends to win, if only because the sweet young woman at the bar looks unprepared for what the night might bring, in and out of the bedroom. Little does he know that, when he catches her, he may not be satisfied being just a temporary mate. 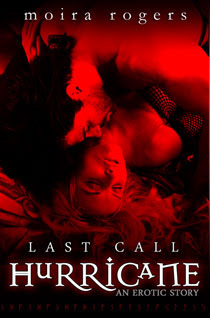 Artist and witch Fiona Logan hasn't had an orgasm since a bitter ex cursed her five years ago. Whenever she gets aroused, bad things happen. Now, she's come to Last Call in hopes of gaining an audience with--and help from--its owner, a powerful wizard named Benito D'Cruze. If anyone can break the curse, it's him. And if he won't come downstairs to meet with her, she'll bump and grind until his bar caves in from the backlash.

Ben doesn't get involved with patrons....not even the hot, sexually frustrated ones. But when a lush looking blonde threatens to wreck his bar with her curse and her need, he decides it's time to take matters--and her--into his own hands. After all, even if he can't break the curse, he can certainly ease her frustration. And what powerful wizard doesn't love a challenge? 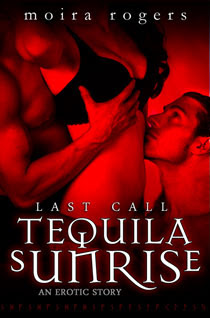 Werewolf Evelyn Smith loves her boyfriend, Kieran. Some people find it odd that an alpha female would choose a weaker mate, but Evelyn is willing to ignore her occasional cravings for submission when the reward is a fulfilling life with a man who loves her.

Kieran Rhys doesn't mind the mocking jibes of his pack, but knowing the woman he loves has needs he can't meet drives him crazy. After months of coaxing, he's finally convinced Evelyn to accompany him to Last Call. If he can't give his lover what she needs, he'll find someone to help him.

Unrequited love has been hard on Zack Elliott. Even if the object of his desire returned his feelings, she's a fragile human whose body couldn't withstand the force of his needs. Evelyn and Kieran seem like the perfect solution, especially when he realizes the one thing they need is the one thing he's been holding back for far too long-absolute domination. 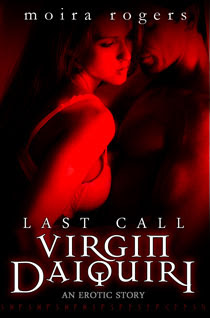 Caitlin Carlson, the only non-witch in the powerful Dumitrescu line, needs to lose her virginity, and fast. A family legend about a pure soul with prophetic visions has put her first in line for a good, old-fashioned sacrifice, and visiting Last Call seems like the perfect way to head off her one-way trip to the altar. Buy a drink, go upstairs, have sex. Simple.

Being a demon isn't as easy as it used to be, especially with the dwindling number of corruptible souls in the 21st century. Luckily for Leofric, he's never been particularly concerned with corrupting enough innocents to earn a promotion off of the mortal plane. But when a virgin wanders into Last Call and stirs up competition among the younger demons, Leo finds himself tempted to rethink his stance on mixing a demon's business with a woman's pleasure.

Considering how short the stories are (they're around 35 pages each) I'm impressed with the connection that the Moira Rogers is able to build between each couple. In Kamikaze I really enjoyed the banter between Zoe and hunky geek Connor (I do have a soft spot for a geek!), they make a really cute couple and I loved their wolf instincts. Hurricane focuses on cursed witch Fiona and wizard Ben as he tries to help her. These two are literally explosive between the sheets! Tequila Sunrise is all about instinct as alpha Zach teaches beta Kieran how to dominate his more powerful girlfriend Evelyn and in Virgin Daiquiri Caitlin needs the help of demon Leo to avoid becoming her family's sacrifice in their dark magic practises.

Source: I downloaded Kamikaze for free from All Romance Ebooks, this free download is still available at the time of writing this post but I'm not sure how long the promotion will last for.  I purchased copies of the other stories in the series.