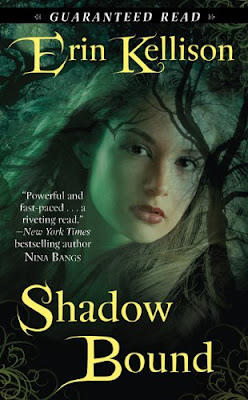 Death
Some people will do anything to avoid it.  Even trade their immortal souls for endless existence.

Wraiths
Secretly, inexorably, they are infiltrating our world. sucking the essence out of unsuspecting victims with their hideous parody of a kiss.

Segue
Adam Thorne founded the Segue Institute to study and destroy his monster of a brother, but the key to its success is held in the pale, slender hand of a woman on the run.  There is something hauntingly different about Talia O'Brien, her unknowing sensuality, her uncanny way of slipping into Shadow.

Twilight
This is the place between life and what comes after - a dark forest of fantasy, filled with beauty, peril, mystery.  And Talia is about to open the door.

Review:
Adam started the Segue Institute after his brother Jacob was turned into a wraith and killed both of their parents.  Adam is set on revenge and will do anything to find a way to destroy his immortal brother and the wraiths that seem to be multiplying in numbers at a horrifying rate.  Humanity may not be aware of it yet but it looks like we are on the brink of a supernatural war with Adam's team our first line of defence.  After reading Talia's thesis Adam is convinced that she has information that could help him beat the wraiths, he just has to track her down and get her to help him.  But Talia is in hiding and when Adam manages to find her it quickly becomes clear that she is hiding something.  Why are the wraiths so determined to capture her?  Can Adam convince her to use her unusual abilities to help him?

I was hooked into Shadow Bound from the prologue where we are introduced to human Kathleen and the mysterious Shadowman.  We don't spend much time with the couple but you get a really good sense of how much they mean to each other.  Skip forward 26 years and the story picks up with their daughter Talia.  She knows she is different but she doesn't understand why and her parents were never available for her to find out.  All she wants is to live a normal life so she keeps her ability to wrap herself in the shadows a secret and knows nothing about the supernatural world.  It comes as quite a shock when she is attacked by a wraith, she doesn't know what this creature is but she manages to escape using the shadows.  Her first instinct is to run and hide and I can't really blame her for that.

When she meets Adam and starts to learn more about both what she is and the enemy that she is facing it takes her a while before she decides to fight.  I wanted her to be a bit more proactive and work harder at learning how to use her powers but it takes quite a while before she stops trying to run.  I did find her a likable character I just wanted her to be a bit more kick ass.  I found it easy to sympathise with Adam but there were times when I found it very difficult to like him.  His attitude and the constant lies and secret keeping were a real turn off for me and at first I struggled to see what Talia saw in him.  I liked the chemistry between them though and I do feel he'd redeemed himself by the end of the book.

I enjoyed the world building in the story, the mythology was a bit different to most of the paranormal romance stories I've read and it was woven into the story well so you weren't overwhelmed with info dumps.  I did find myself getting confused at times though, a couple of characters had very similar names and for a while I wasn't sure if they were the same person or not.  Despite the minor problems I really enjoyed the story overall and I'm looking forward to continuing the series.

Source: I was given a copy of this book at AADPhilly in exchange for an honest review