Susan Ee's Penryn and the End of Days series is one of my absolute favourites, I completely fell in love with the characters and the dark, twisted world she created the minute I started reading Angelfall and both that and the sequel World After are two of my favourite books. It feels like we've been waiting forever for the release of the final book, End of Days, so I can't even begin to tell you how excited I am that the wait is nearly over and we only have three months left (that still feels like a lifetime though I have to say!).

End of Days is definitely one of my most anticipated books of the year and I'm actually planning on rereading the first two books in the run up to it's release so I'm ready to start reading the second I get my hands on a copy.

Anyway, you may have already seen that Entertainment Weekly revealed the End of Days cover earlier this week but I couldn't resist sharing it here just in case you missed it: 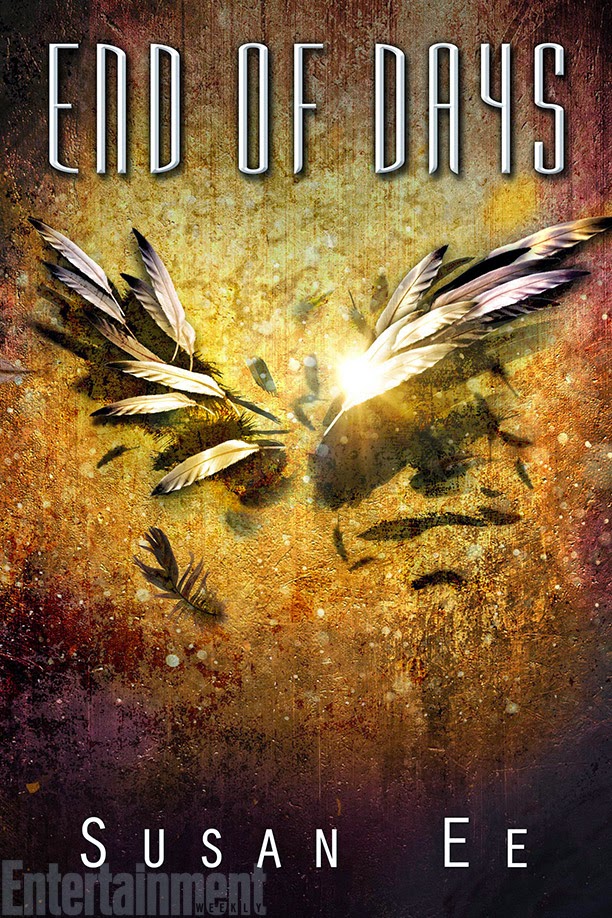 Isn't it beautiful? I ADORE it!

and in case you haven't seen the blurb yet:

End of Days is the explosive conclusion to Susan Ee’s bestselling Penryn & the End of Days trilogy.

After a daring escape from the angels, Penryn and Raffe are on the run. They’re both desperate to find a doctor who can reverse the twisted changes inflicted by the angels on Raffe and Penryn’s sister. As they set off in search of answers, a startling revelation about Raffe’s past unleashes dark forces that threaten them all.

When the angels release an apocalyptic nightmare onto humans, both sides are set on a path toward war. As unlikely alliances form and strategies shift, who will emerge victorious? Forced to pick sides in the fight for control of the earthly realm, Raffe and Penryn must choose: Their own kind, or each other?

My god if I wasn't already dying for this book I am now! So who else loves this series as much as I do? What do you all think of the cover? Anyone else planning on rereading the series over the next couple of months? If you haven't read any of these books you have plenty of time to catch up ready for this one - in fact, I'm taking part in a giant group read over on Goodreads if anyone wants to join in.
at 18:00