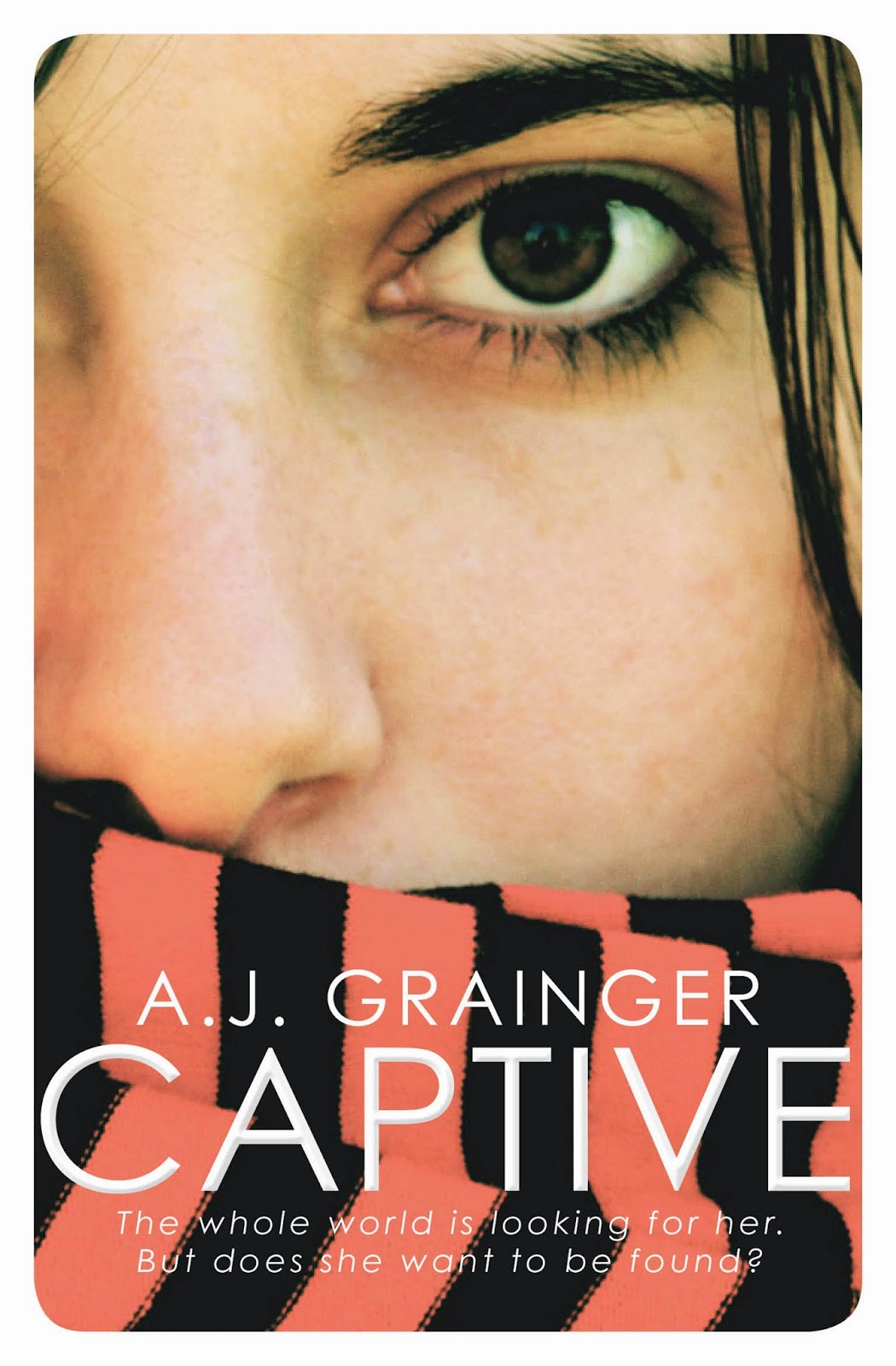 I open my eyes. The cell is flooded with sunlight; the window is a splice of pale blue. Dust particles dance in the sparkling light, pirouetting in a golden line from the window to the opposite wall of the cell, where they seem to converge into shapes. It is like looking into a kaleidoscope.

Robyn Knollys-Green is an A-list celebrity, famous for being the daughter of one of the world's most powerful men. But not even the paparazzi can find her now.

Robyn begins to realise that she is trapped in a complicated web of global corruption and deceit - and that the strange, melancholy boy who has been tasked with guarding her might not be an enemy after all . . .

A thrilling, well-crafted, ever-relevant story from a talented new voice in YA fiction.

Review:
Captive is a new UKYA thriller from debut author A.J. Grainger and it's a great addition to the genre. This is the story of sixteen year old Robyn, daughter of the British Prime Minister, who has been taken hostage by environmental activists so they can use her as leverage to get one of their group members released from prison. Robyn has already witnessed an attack on her father but that was nothing compared to the terror she now faces as she is held prisoner by a group of masked assailants. Unfortunately for Robyn, the kidnapping is only the beginning and as she gets to know one of her captors she realises she's at the centre of a conspiracy that may turn her whole world upside down forever.

This is a very fast paced story that throws readers into the action quite quickly as we see Robyn's capture in a terrifying second attack on her family. Robyn was very easy to relate to and I thought her reactions to the situation she found herself in were very realistic, she is frightened and uncertain but she is also incredibly brave as she tries several times to escape. Robyn is forced to examine the relationship she has with her father and it is incredibly upsetting for her when she realises that he won't do the one thing that will guarantee her release. She also has to ask herself some difficult questions about her family and whether her Dad has been lying to her.

Captive is the kind of book that makes you think, it touches on environmental issues, love and loyalty to your family and about being brave enough to face the truth even when that means uncovering something distressing. I think my only complaint was that the ending felt a little rushed and as much as I ended up liking both Robyn and Talon their relationship was a bit too Stockholm Syndrome for me to be able to take it seriously. What I did like was that all of the characters took responsibility for their actions and they suffered the consequences for them. I think I would just have preferred a longer epilogue to give us a bit more detail about how things turned out, I guess the advantage of a fairly open ending is that readers can all choose how they would like to see the character's futures. Either way, Captive is a great debut and A.J. Grainger is definitely an author to watch out for!