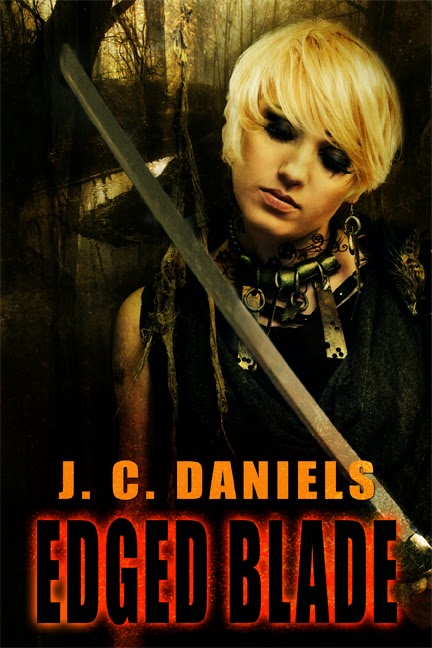 In the year since her life was torn apart, Kit Colbana has slowly rebuilt herself. There’s a promise of hope in the relationship with the alpha of the local shapeshifters and she no longer comes screaming into wakefulness. Life’s not perfect but then again, when was it ever?

When her best friend Justin comes to her for help, there’s little question as to what her answer will be. Witches are disappearing and Justin won’t rest until he has answers. Soon, they learn that it’s not just witches who’ve gone missing, but vampires and shifters, too.

Unlikely alliances are forged as Kit and Justin found themselves drawn into a twisted web of lies and betrayal. As the clock counts down and the culprit behind recent disappearances is revealed, those Kit loves the most become the target of somebody who will kill to protect an ugly secret.

Review:
I absolutely love J.C. Daniels (also known as Shiloh Walker) and her Colbana Files has fast become one of my favourite urban fantasy series. The only thing I don't like about these books is having to wait for each new instalment to release so to say I was excited to get my hands on a copy of Edged Blade is an understatement. You know you're reading a good series when you can go a year between books but can immediately dive back into the world like you were just there yesterday. These characters are all so memorable that I never have any problem picking up where I left off and that's quite rare when you read as many books as I do.

Anyone familiar with the series will know what a tough journey Kit has been on, we have suffered alongside her and watched her go to hell and back but we've also seen how tough she is and watched her start putting her life back together. She came a long way in the last book but her recovery isn't complete and she still struggles to cope with certain fears. I think I find her character even easier to relate to now, she is still that kick ass warrior we first met but she also has a more vulnerable side that we never saw in the beginning. She is brave enough to work through her fears though and she won't let them stop her from helping people in need. I love her relationship with Damon and it was great to see things starting to get back on track. Her ordeal had a major effect on both of them, he felt guilt over not protecting her and she worried that he would see her as a victim, but they are moving past that now and their relationship is stronger than ever. I love how patient he was with her but I also enjoyed seeing Kit take control and tell him exactly what she wanted from him. The banter between them has always been fabulous but there were some particularly hilarious laugh out loud moments in this instalment.

As I've come to expect from the series there is also plenty of action as Kit works a case alongside Justin who is searching for missing supernaturals. Can they figure out who is taking not just witches but also shapeshifters and vampires? Why are they being taken and what is happening to them? They desperately need to find answers and they're on a time limit, one that is made even worse when someone very important to Kit goes missing. I loved watching Kit at work and especially seeing her dealing with vampires again, something that she's been dreading and trying to avoid ever since her attack. She has to really fight her fears to even be in the same room as a vampire now but she makes a surprising new ally who I'm very intrigued about and hoping we see more of going forward.

This series is going from strength to strength and Edged Blade is another fantastic instalment. It's going to be a long wait for the next book but I'm confident it'll be worth it and I'm looking forward to many more adventures with Kit and her friends.