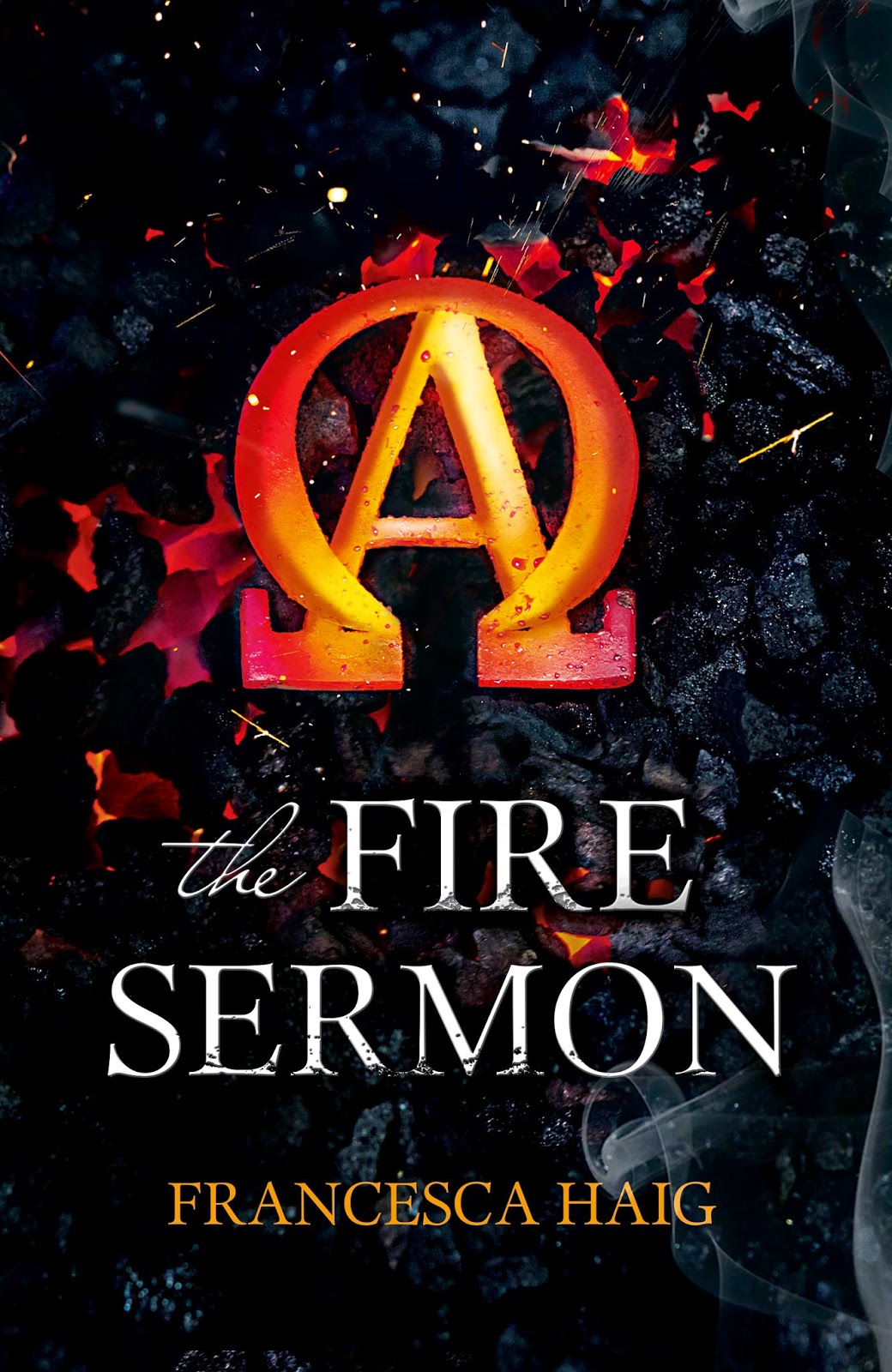 Born as twins.
Raised as enemies.

One strong Alpha twin and one mutated Omega, the only thing they share is the moment of their death.

The Alphas are the elite. Once their weaker twin has been cast aside, they're free to live in privilege and safety, their Omega twin far from their thoughts.

The potential to change the world lies in both their hands. One will have to defeat the other to see their vision of the future come to pass, but if they're not careful both will die in the struggle for power.

Review:
British author Francesca Haig has created a really interesting world in her debut novel The Fire Sermon. Four hundred years after an explosion that nearly destroyed the world life is very different for the survivors, technology was blamed for the apocalyptic event and is now banned so in a lot of ways it is like taking a step back in time and living in the past. Ever since the blast babies have been born in pairs, there is always one boy and one girl and there is always one Alpha and one Omega. The Alphas are strong, healthy and physically perfect while the Omegas are born with some kind of deformity and often much weaker and more sickly than their Alpha twin. You might think that natural selection would see to the deaths of the weaker twins but one other thing is completely certain, the twins lives are inexplicably linked and, no matter how far apart they are, the death of one always results in the death of the other.

The Alphas are the ruling class, the are the leaders and the ones with power while the Omegas are treated like second class citizens. The Omegas are forced to leave their homes as soon as they're disability is discovered and sent to live in special settlements with others of their kind. They are not allowed to mix with the Alpha's and they live difficult lives where they only have enough food to barely survive. Cass and Zach are different, where most twins are separated practically from birth they were raised together until they were 13. Cass always knew she was the Omega but because her disability wasn't visible nobody was able to prove it and all she ever wanted was to stay with her brother. Zach had other plans though, Cass was holding him back and preventing him from taking his rightful place in society and he will always hate her for that. Even when they are separated Zach holds a grudge and his hatred may well be the cause of all out war between the Alphas and Omegas.

The Fire Sermon raises so many interesting questions and really makes you look at how humanity can be so quick to judge people. Why do groups of people always find it so easy to turn on each other for such silly reasons? We've seen it time and time again in the past so I don't know why it would surprise me to see it happening here but really you'd expect twins to be protective of each other - especially if they know that they will die if their twin does! That link between the twins also makes it very difficult for the Omegas to fight back, how can they fight the Alphas when for every Alpha they kill they also murder one of their own? Cass seems to be one of the few people who always sees both sides to things but that doesn't mean it's easy for her to convince others that she is right.

I really liked Cass, she has such a unique way of looking at things and in spite of all the horrible things that her brother does to her she always tries to see the good in him. She is in a pretty impossible position and because of her link to Zach she is in as much danger to from the Omegas she is fighting besides as she is from the Alphas who hunt her. I enjoyed seeing her relationship develop with Kip but we never got to know him as much as I hoped to, mainly because he had no memory of his past so was pretty much a blank slate when he met Cass. I was worried at one point that we were drawing into love triangle territory but happily this was completely resolved by the end of the book even if it was in a very unexpected way. Talking of the ending there are some fantastic twists and revelations towards the end of the book, a few that I'd figured out myself but even though I had an idea about some things I would never have guessed how they would resolve themselves!

The Fire Sermon is a great start to the series and it left me desperate to find out what will happen next. The story has already been optioned by Dreamworks and I would love to see it on the big screen too but no matter what happens with the movie the sequel will be jumping straight to the top of my to read pile and I really hope Francesca Haig doesn't keep us waiting too long for it!

Source: Received from Harper Voyager in exchange for an honest review