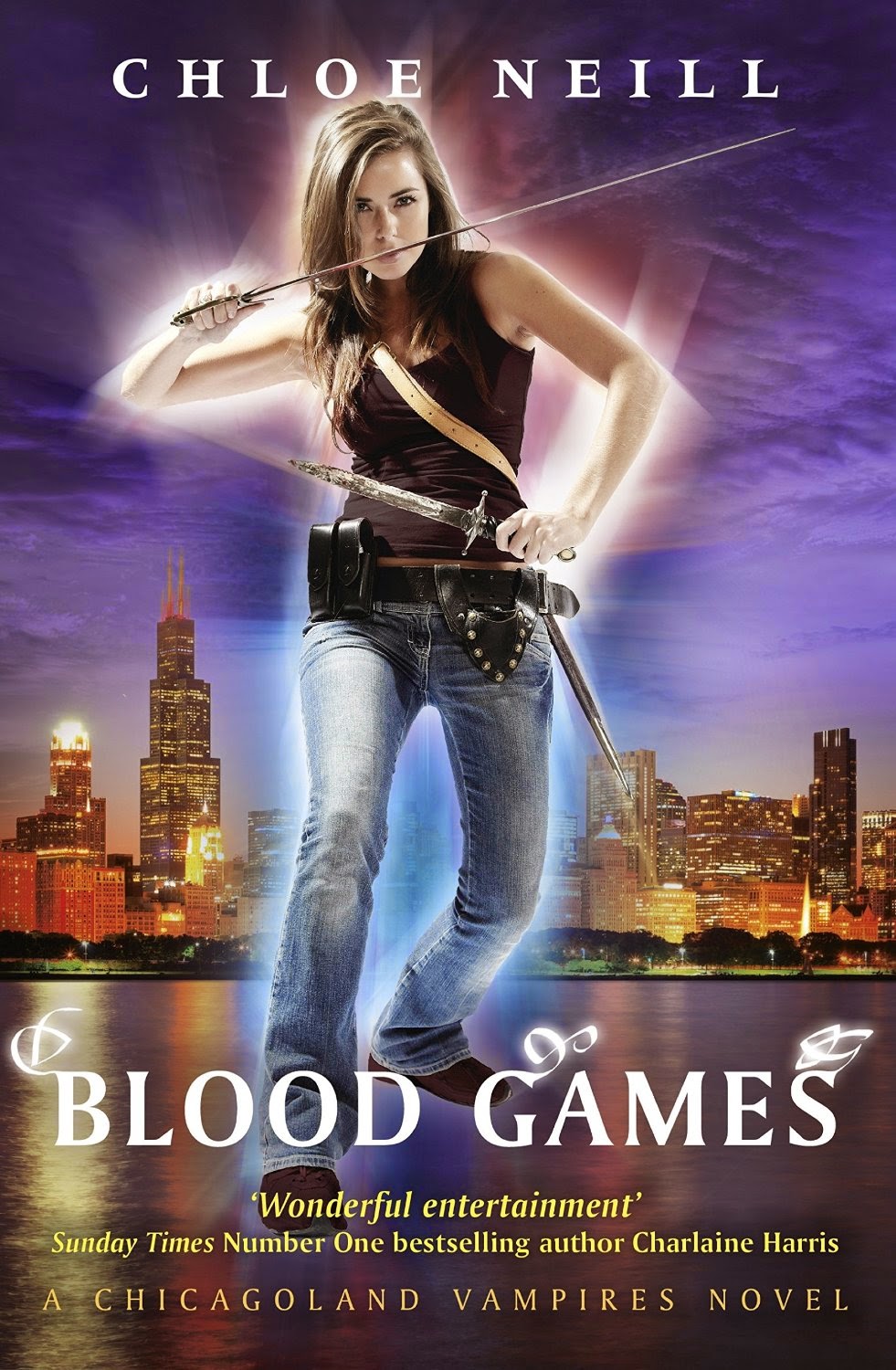 While Merit didn't choose to become a vampire or Sentinel of Cadogan House, she vowed to fight for her House and it's Master, and she's managed to forge strong alliances with powerful supernaturals across Chicago. But even though Merit has had wild adventures, this may be her deadliest yet . . .

A killer is stalking Chicago, preying on humans and leaving his victims with magical souvenirs. The CPD hasn't been able to track down the assailant, and as the body count rises, the city is running out of options. Vampires and humans aren't on great terms, but murder makes for strange bedfellows. Can Merit find the killer before she becomes a target?

Review:
There is a serial killer on the hunt in Chicago and since all clues point to the murderer being a supernatural creature it is up to Merit and the Ombuddies to help the CPD figure out exactly what is going on. Quite frankly Merit is just relieved to have something to take her mind off the fact that Ethan has challenged Darius to become the new head of the GP. There are only a small number of possible outcomes to the challenge and Merit isn't sure if she's prepared for any of them!

I have to admit to having mixed feelings when Ethan challenged Darius, I was intrigued by the idea because it has the potential to open up all kinds of possibilities for the future of the series but at the same time I was a little nervous that it would mean that this story in particular could potentially become quite predictable. I was pretty certain when I picked up Blood Games that I knew exactly how things would play out and where Ethan and Merit would be at the end of it. I'm happy to say I was completely wrong with my guesses though and Chloe Neill managed to side swipe me with something that I would never have considered - I just love it when an author can do that to me! Things are certainly getting interesting and I can't wait to see what happens in the next few books.

Merit and Ethan are both under a lot of strain in this book and it does seem for a while like they've taken two steps backward in their relationship which was a little disappointing but even though Ethan tries to keep Merit at arm's length I loved seeing her so determined to break through his barriers. Before we've seen her turn tale and run when things get hard so it was great to see her fighting for what she wants but I'm going to admit to wanting to smack Ethan around the head a couple of times and tell him to stop being such an idiot. He does have some incredibly sweet moments too though so I forgave him fairly quickly. When they are on the same page their relationship is one of my favourite to read about and to be honest I still love them when they're arguing, they're just so well suited to each other and I enjoy the way Merit brings out Ethan's more playful side.

One character that really gets a chance to shine here is Mallory, she has come a long way towards redeeming herself over the last few books but it was here when I really felt her friendship with Merit starts to properly get back on track. I loved that they finally had a real conversation about what had happened in the past and how they both wanted to move forward in the future and I was pleased that Chloe Neill took the time to add that to the storyline. I also really, REALLY loved the section where Merit and Jonah visit the convention, it was absolutely hilarious and I had tears in my eyes from laughing so hard! (Surely I can't be the only one who wanted her to buy the Ethan underwear just so we could see his reaction when he first saw her wearing them? That scene would be PRICELESS!).

Blood Games is a fab instalment and I think it's been a real game changer so I don't really have any idea what to expect from Dark Debt but I do know it's a book I'm desperate for and I can't wait to see what happens next.