Review: Howling for You - Chloe Neill 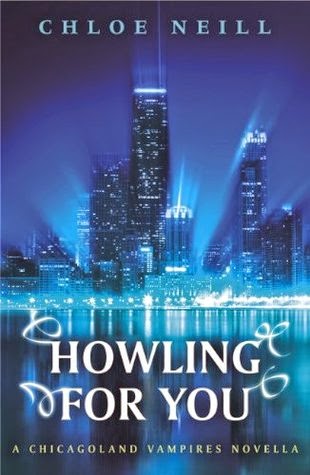 Jeff Christopher is a shapeshifter and ally of Chicago's Cadogan House of vampires - he's also a tech whiz and mostly-legal hacker. And the only protective shields he's never been able to find a way around are those of the powerful Keene Family.

For a long time, Jeff has only had eyes for the beautiful Fallon Keene. Unfortunately, she is the only sister of the lethal North American Central Pack Apex Gabriel Keene. The intricate balances of power and politics make it all but impossible for Fallon to trust her feelings.

But fate takes a hand when the Pack's totem is stolen - threatening the Keene family's rule - and Fallon enlists Jeff's help to retrieve it before the Pack is thrown into chaos. Can she and Jeff find the totem, and restore order, before it's too late? And will Jeff finally be able to prove himself to the only person he truly loves?

Review:
Fallon is the sister of Gabriel Keene and she is second in line to become Apex (leader) of the North American Central Pack. As much as she has feelings for Jeff she knows she can never act on them because there is no way a tiger shifter would be considered an acceptable mate for a potential Apex. When the Apex crown is stolen, threatening Gabriel's hold over the pack, Fallon and Jeff have to work together to try find the culprit before anyone else realises what has happened. Can Jeff use the time they're forced to spend together to convince Fallon that he is worth taking a risk on?

I have loved Jeff since the beginning of the series so I was excited to find out that Chloe Neill had written this novella starring him and couldn't wait to read it. We've met Fallon in previous books but she wasn't a character I was particularly invested in so I have to admit I was surprised to find out that the story was written from her POV. I'd been hoping for Jeff's POV since he's such a fun character and I'm going to admit it was a bit disappointing to have someone else narrating the story.

While this novella was a fast read I have to say it wasn't as good as I expected it to be. Firstly I was disappointed to find that the story finishes at 58% on the kindle version so rather than the 102 pages I was expecting you actually get less than 60 so it's over very quickly (the rest of the ebook is sample chapters from other books in the series). On top of that the story didn't have the humour that I expected knowing Jeff was a main character, his personality has always shone in previous books but it felt lacking somehow in this novella. It wasn't until the last few pages that I finally thought we were seeing the Jeff we know and love so you can imagine how shocked I was when the novella abruptly ended at that point.

I'm not going to say I hated this novella but I don't think it was worth the money I paid for it and I was left feeling disappointed. I still love this series and I'm looking forward to reading the next book but I'm sad about this story because I think it could have been so much better.

For anyone who has already read Howling For You you might be interested to know that you can read a deleted scene told in Jeff's POV on Chloe Neill's website HERE.