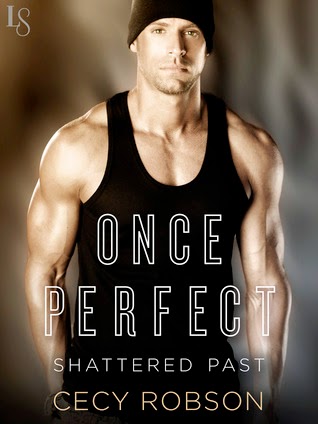 His life was never easy. Hers wasn’t supposed to be this hard. They come from different worlds, but fate lures them together in a way neither expected in Cecy Robson’s raw, steamy New Adult debut—perfect for fans of Monica Murphy and J. Lynn.

Evelyn Preston’s future once looked perfect—until her wealthy father was caught in an embezzlement scandal and took his own life. Alone and struggling to pay her college tuition and bills, Evelyn finds a job as a waitress at the ultra-hip nightclub Excess, where she used to have more in common with the privileged private-school clientele than her fellow staff members. But something attracts her to the sexy six-foot-four bouncer and underground MMA fighter Mateo Tres Santos. Although they’ve led different lives, their troubled pasts bonds them in both survival and love.

Mateo is ex-army who wound up in prison for assaulting the man who harmed his sister. Now he’s feeling the same protective impulse for this petite blond waitress. When Evelyn experiences a panic attack at the club, Mateo comes to her rescue. And when Mateo is wounded shielding her from a brawl, Evelyn returns the favor and comes to his aid.

As their attraction intensifies, Mateo is determined to find out what nightmares are lurking in Evelyn’s past—even if that means tackling his own to save her.

Review:
I love Cecy Robson's Weird Girls urban fantasy series so of course when I heard she was writing a new adult series I knew I had to read it. I had high hopes for Once Perfect and I wasn't at all disappointed, Evelyn and Mateo are both fantastic characters and I enjoyed every minute of their romance.

Evelyn is a bit of a loner, she struggles to make friends and apart from her room mate she doesn't really allow anyone to get close to her. Growing up Evelyn was treated like a princess by her wealthy family, until the day her father lost the family fortune and ended up committing suicide. That was when Evelyn realised who her real friends were and discovered that there weren't as many of them as she originally thought so it's not surprising that she's scared to trust anyone again. Evelyn has worked hard to rebuild her life, she is at college studying to become a nurse and she waitresses at a local club to earn the money she needs to survive. Life isn't easy but it's honest and she's relatively happy but the last thing she is looking for is the complication love would bring to the table.

Mateo is a bouncer at the club where Evelyn works, he's also ex-military, has been to prison and is now an MMA fighter. On paper he's the last kind of guy that Evelyn should be interested in but no matter how much he might look like a bad boy he's actually a really great guy. He is protective of his family, is the main provider for his younger sisters and he would never, ever raise his hand to a woman or child. In fact, he'd be the first person to jump to your defence, even if it meant taking a beating himself to protect you (although he's more likely to kick ass on your behalf!). Mateo is just an all round great guy, someone who is sweet, kind and funny but also sexy as hell and with a body to die for. As Evelyn and Mateo grow closer they start to discover that they have far more in common than they could ever have imagined but will their shared experiences bring them closer together or push them apart forever?

Once Perfect is a story that touches on some tough emotional issues, both of these characters are survivors who have plenty of emotional baggage to deal with but they don't use that as an excuse to push each other away. In fact, they open up to each other and then work together to find ways to deal with their problems. The romance between them is very sweet and tender, they build a real emotional connection which makes it easy to believe that they are building a lasting relationship that isn't just built on lust and sex. That's not to say there isn't any heat between them because there definitely is but that isn't all there is between them and that's something I really appreciate. Evelyn and Mateo were just a very easy couple to root for and I enjoyed spending time with them. We've already been introduced to the main character's in the next book, Once Loved, and I can't wait to get my hands on Lety and Brody's book! This is definitely a series I'm excited to continue and I think Cecy Robson has another hit on her hands.