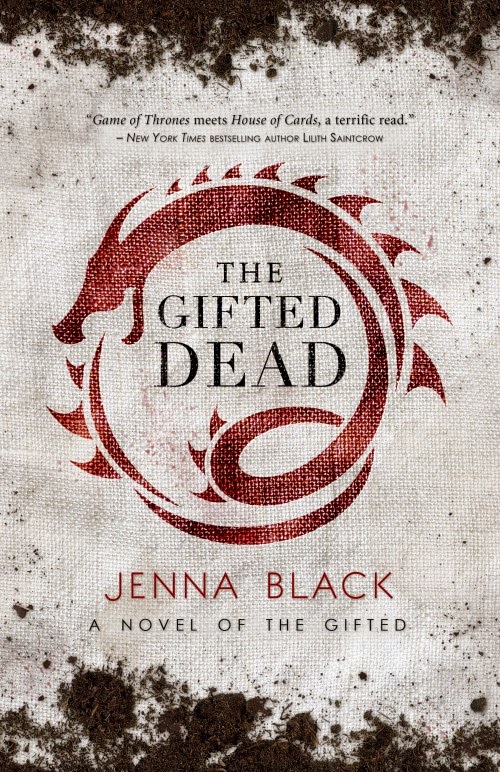 Deep within the Order, the seeds of corruption have taken root. While younger generations of the Gifted have embraced modern democratic values, a secret society of old-guard zealots seek a return to the past, when only European men of distinguished bloodlines held power.

Now, three venerable European families and a maverick American each plot to seize control of the Order and shape it to their will. A cutthroat game of political intrigue will decide the winner; and the stakes couldn't be higher, for ruling the Order carries with it the power to grant—or deny—an afterlife.

What begins as a battle of wills could turn into an all-out war. And magic could prove deadlier than any missile.

Gifted Series:
The Gifted Dead
Further titles to be confirmed

Review:
The Gifted Dead is the first book in Jenna Black's new Gifted series and she has created an interesting new world where you have both the Gifted, people with extraordinary gifts, and normal humans. The Gifted are all connected to a super-conscious known as the Anima, which is made up of the souls of previous generations of Gifted, they each have their own spirit guide who will set them quests and if they achieve their goals they are rewarded with Gifts that will help them in the future. Only the souls of Gifted who are seen to have done something special are allowed to join the Anima and become spirit guides, anyone considered not worthy by the elders is cremated rather than laid to rest on consecrated ground. Unfortunately someone seems to be trying to change the shape Anima not only by digging up consecrated bodies and burning them to sever their connection to the Anima but also by consecrating souls that have not been authorised by the elder council. When Melanie uncovers what is going on she becomes determined to figure out who is behind the plot and stop them but it appears that the conspiracy goes far deeper than she ever could have imagined and now her entire family is at risk.

I have to admit that The Gifted Dead wasn't at all what I was expecting but I mean that in the best possible way. The story has a much darker tone than I thought it would and it is jam packed with political intrigue and interesting characters. The story is told from a lot of different points of view which I did find confusing initially and it didn't help that most of the characters are extremely hard to like at times but once I started to see how everyone was connected to each other the story really started flowing and I couldn't put it down. I think what I loved most was the fact that most of the characters aren't wholly good or evil, some of them are doing horrific things but when you uncover their reasoning you can't help but feel kind of sorry for them, others seem nice on the surface but are hiding deep, dark secrets that make you wary of them. There are a few characters that I absolutely despise and more that I'm really rooting for.

Jenna Black has given her characters some interesting abilities and some of them are really put through the wringer to pass the quests that the Anima send them on. I'm actually not sure whether the Anima themselves is a force of good or evil, they certainly work in mysterious ways that's for sure! Love them or loath them all of the characters are very three dimensional and they all have complex motives for the things they do. I can only think of one character who I felt nothing but sorrow for and anger over the way they were treated, the others, even ones I'd consider good on the whole, all did things that annoyed me or made me question their judgement but I think that's one of the things that is so clever about this series. It's certainly made me interested to see where things go from here and I'm already looking forward to getting my hands on the sequel.