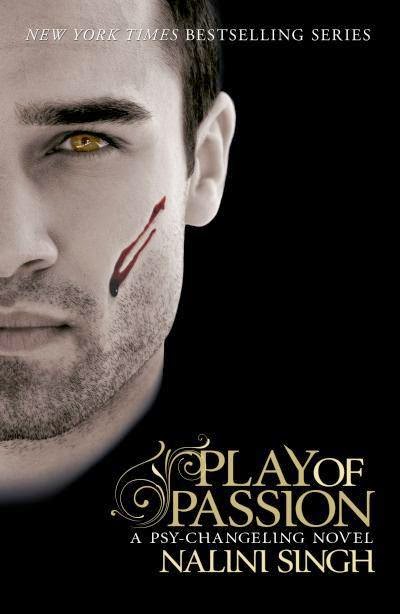 Passion and reason collide with explosive force in the newest instalment of Nalini Singh's mesmerising Psy-Changeling series. As a conflict with Pure Psy looms on the horizon, two powerful wolves fight a far more intimate war of their own . . .

In his role as tracker for the SnowDancer pack, it's up to Drew Kincaid to rein in rogue changelings who have lost control of their animal halves - even if it means killing those who have gone too far. But nothing in his life has prepared him for the battle he must now wage to win the heart of a woman who makes his body ignite . . . and who threatens to enslave his wolf.

Lieutenant Indigo Riviere doesn't easily allow skin privileges, especially not those of the sensual kind - and the last person she expects to find herself craving is the most wickedly playful male in the den. Everything she knows tells her to pull back before the flames burn them both to ash . . . but she hasn't counted on Drew's determination to win her.

Now, two of SnowDancer's most stubborn wolves find themselves playing a hot, sexy courtship game even as lethal danger stalks the very place they call home . . .

Review:
Indigo is one of SnowDancer's lieutenants and a strong dominant wolf who finds it hard to let anyone close to her. She would love to find a mate but her wolf won't accept anyone less dominant and most of the wolves higher up in the pack either don't hold her interest or are already mated. The last thing she expects is to find herself attracted to Drew, especially since his role in the pack places him firmly out of the hierarchy which makes it very difficult for her wolf to judge his dominance. Drew may not be a lieutenant but as the pack's tracker and basically the enforcer who has to be able to deal with rogue wolves he is powerful in his own right. He deliberately stays out of the hierarchy to make himself more accessible to the less dominant wolves, he is Hawke's eyes and ears and usually the first to be aware of potential problems because everyone trusts him. Drew has been interested in Indigo for a long time now but knowing how skittish she is he has been taking it slowly so she doesn't get spooked. He's finally ready to make his move though and Indigo isn't going to know what has hit her!

Can I just say how much I adored Drew, I actually think he's one of my favourite males from the series so far (although if I'm honest I've fallen for them all!). Drew is such a sweetheart and is constantly looking out for everyone around him, he puts everybody else's needs before his own and is always the one who is cracking jokes to ease the tension. At a quick glance Drew might come across as a bit of a joker and someone who doesn't take things too seriously but he has a will of steel and he's the kind of guy you'd want at your back if you were in a tight spot. Drew is incredibly lovable, he makes mistakes but he's willing to admit to them and he's not afraid to say sorry or to put his heart on the line to prove himself to Indigo. Indigo is much more reserved than Drew, she is wary of letting anyone close and as one of the rare dominant females she has a harder time accepting Drew because he's not clearly defined in the pack. I have to admit I found myself frustrated with her occasionally but I did enjoy seeing Drew get under her defences and prove to her that he was more than capable of taking control when he needed to. They're just such a great couple and seeing them together never failed to make me smile.

As much as I loved the romance between Drew and Indigo I was also completely absorbed in the side stories that are going on at the same time. The Psy-Changeling series is just going from strength to strength and I'm becoming more caught up in the world and invested in the characters with every new instalment. Sometimes when I read a series in quick succession the books start to get repetitive and they can fail to hold my interest but that couldn't be further from the truth in this case. Each couple Nalini Singh introduces us to have their own obstacles to work through but the ongoing world building is also phenomenal. This author has a rare gift of being able to give us multiple points of view, from both previous and new characters, while still allowing the main couple to hold the focus of the story.

There is so much going on in Play of Passion, not only do we get to see more of Hawke and Sienna (I was dying for their book by the time I finished reading this!) but we also see how the DarkRiver leopards are doing and find out more about what the Psy Council is planning. Things are really starting to reach boiling point there and it's fascinating to see how Silence is being effected by the changes. I've been devouring the books in this series recently and I can't wait to continue the journey.