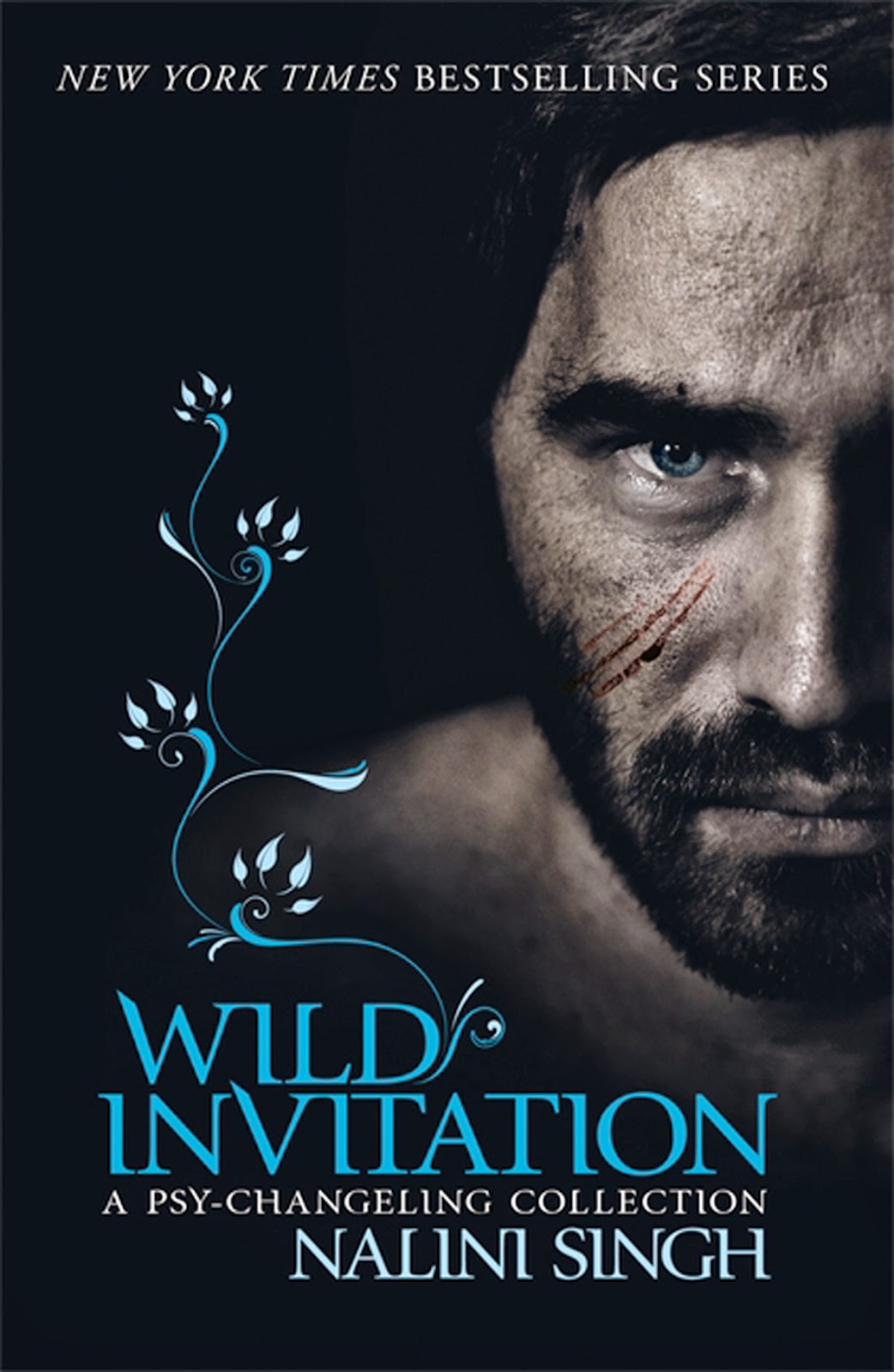 In BEAT OF TEMPTATION, meet innocent Tamsyn who has always had a place in her heart for Nathan, a fully blooded DarkRiver sentinel. But is she really ready for the fierce demands of the mating bond?

STROKE OF ENTICEMENT introduces Annie, a wary young teacher who is sceptical about love, and who arouses the man - and the leopard - in the aggressive changeling Zach Quinn. He must prove his affections are true if he's to win her over.

In the never before published DECLARATION OF COURTSHIP, Grace, a shy submissive wolf, finds herself being pursued by the last man she ever would have imagined: a SnowDancer lieutenant who intrigues her . . . and has a reputation of being 'mad, bad, and dangerous to know'.

And in the never before published TEXTURE OF INTIMACY, the SnowDancer healer Lara discovers the searing joys - and the unexpected challenges - of being mated to the quiet, powerful Walker, a man used to keeping his silence.

Gathered together in print for the first time, this sexy, powerful collection is not to be missed!

Review:
Wild Invitation is a collection of four novellas set in the Psy-Changeling world featuring some characters we already know and love along with a few we've not come across before. Two of the stories (Declaration of Courtship and Texture of Intimacy) have never been published before while the others were included in multi-author anthologies (Beat of Temptation was in An Enchanted Season and Stroke of Enticement was in The Magical Christmas Cat). These stories are set at different points in the series (I'll mention where they fit into the time line as I talk about each individual story) and while I think you could probably read the first three stories without picking up on any major spoilers I would definitely suggest waiting until you've read at least as far as Kiss of Snow before starting Texture of Intimacy.

Nalini Singh is incredibly talented when it comes to writing short stories and novellas, probably in part because fans are so invested in the worlds she has created and we already know and love most of her characters, but also because she is able to create a real depth of emotion between a couple in a very short amount of time. I never feel short changed by her stories and this anthology is a perfect example of why.

A Beat of Temptation:
I have loved Tamsyn and Nate from the very beginning so it was about time I finally got around to reading their story. A Beat of Temptation is actually set quite a long time before the series begins in Slave to Temptation (it actually introduces us to Lucas when he was just fifteen years old!) but I think I appreciated it all the more because I'm already crazy about this couple. Tammy and Nate have always had such a solid relationship and they obviously mean the world to each other so I was surprised to see what a rocky start they had. They realised they were mates when Tammy was just 15 and Nate was 25. Obviously he didn't make a move on her then though and now, four years later, Tammy is desperate to start their lives together while Nate is determined to let Tammy have her freedom before tying her down to their mating bond.

Although it's obvious to us that he is keeping her at a distance because he cares there were times when I really wanted to shake some sense into Nate for hurting Tammy so much. She becomes convinced that he wishes they weren't mates and it breaks her heart to have him push her away. I loved Tammy for standing up for what she wanted, she fights for her man but she has enough self respect to walk away rather than beg him for attention. Nate is a stubborn idiot but his intentions are good so I found it fairly easy to forgive him. It takes some pointed advice from several other pack members (a very wise for his age Lucas included) to put him on the right path but once he figures things out he works hard to prove to Tammy how much she means to him. Seeing them deal with their issues put a huge smile on my face and I'm glad we get to see how happy they are all throughout the series.

Stroke of Enticement:
A Stroke of Enticement officially fits into the series between Caressed by Ice and Mine to Possess but I don't think it contained any spoilers so you could probably read it at any point in the series. Annie is a human who happens to teach several members of the DarkRiver pack in her class. She meets Zach when his nephew plays up in class and he is sent to the school to put Bryan back on the straight and narrow. Zach immediately recognises Annie as his mate but she is very sceptical when it comes to love and he's going to have to work hard to convince her they're meant to be together.

I have to confess I can't remember if this couple have been mentioned in the series before, they may have made a brief appearance but I definitely didn't remember them. That wasn't an issue though, this story was incredibly sweet and I fell in love with Zach right alongside Annie. They are both great characters and I enjoyed spending time with them.

Declaration of Courtship:
Declaration of Courtship officially slots in after Play of Passion but again it doesn't have any major spoilers so could probably be read at any point. Cooper is one of the SnowDancer lieutenants who we've met throughout the series as one of Hawke's right hand wolves, he is a dominant wolf who would do anything to protect the people in his care, especially his mate Grace. Grace couldn't be more different to Coop, her wolf is completely submissive and pretty much terrified of Coop's dominance and I have to admit I was a little nervous at the beginning of the story because I couldn't see how they'd ever be able to have a workable relationship. Thankfully Nalini proved me wrong and although Grace's wolf is submissive Grace the woman is more than strong enough to fight for what she wants. Luckily for Coop he's the one she has set her sights on and she's going to do whatever it takes to get him.

I really loved seeing how Grace and Coop worked through their issues, Coop had to work hard to get Grace's wolf to trust him but he was incredibly patient and knew exactly how to sooth her. I think one of the things I loved most about these two was how different they are to any of the other couples we've already been introduced to it made them stand out to me. I also really enjoyed Nalini's depiction of dominant and submissive, it's nice that she doesn't make Grace a complete push over just because her wolf is at the lower end of the pack hierarchy. I also loved that Grace is happy with her position and we get to see the role the submissives have in making the pack as a whole more stable.

Texture of Intimacy:
I wouldn't recommend reading Texture of Intimacy until after you've read Kiss of Snow because it will contain major spoilers otherwise. Having said that this was probably my favourite story in the anthology so if you've not got that far yet you need to catch up soon so you can read this ASAP!

I absolutely loved the scenes with Lara and Walker during Kiss of Snow, they are so cute together but they definitely have their own set of problems to work through and it was great to have a whole story focused completely on them. The couple may already be mated but that doesn't mean it's all smooth sailing from now onwards and they both need to work hard to make sure they stay on the right path. Walker is so used to looking after everyone, he has been the backbone of his little family for such a long time but he never learned to rely on anyone else for help so he finds it hard to ask Lara for advice or even to open up to her. As the pack healer Lara is there for everyone and she is hurt when Walker keeps his distance emotionally. I love the fact that they're so caring but they both have a tendency to put everyone else's needs over their own and they both need to learn to accept help when it's offered. This story allows us to see them grow closer than ever, Walker is finally starting to trust the bond between them is forever and Lara is coming to understand the way Walker thinks. They are definitely a well matched couple and enjoyed this extra time we get to spend with them.