FREE digital copy of The Pleasures of Winter by Evie Hunter for ALL of my readers thanks to Penguin Ireland! 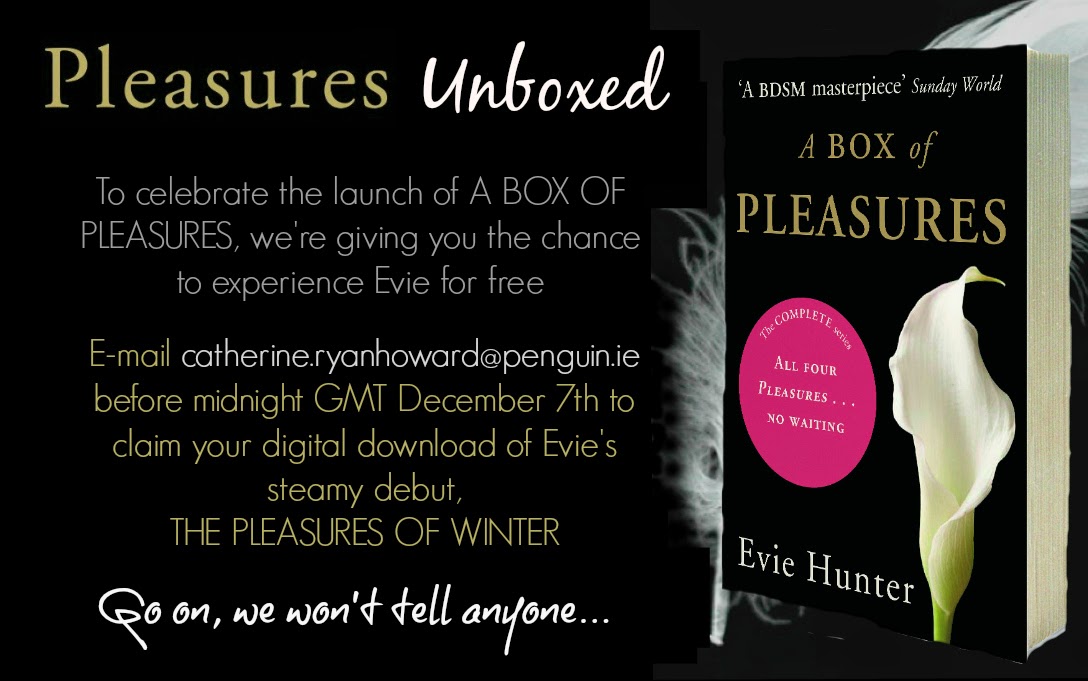 Thanks to the lovely people at Penguin Ireland I have something very exciting to share with all my readers today. They are offering a FREE digital copy of The Pleasures of Winter by Evie Hunter for every single one of you - all you have to do is follow the instructions in the banner above!! 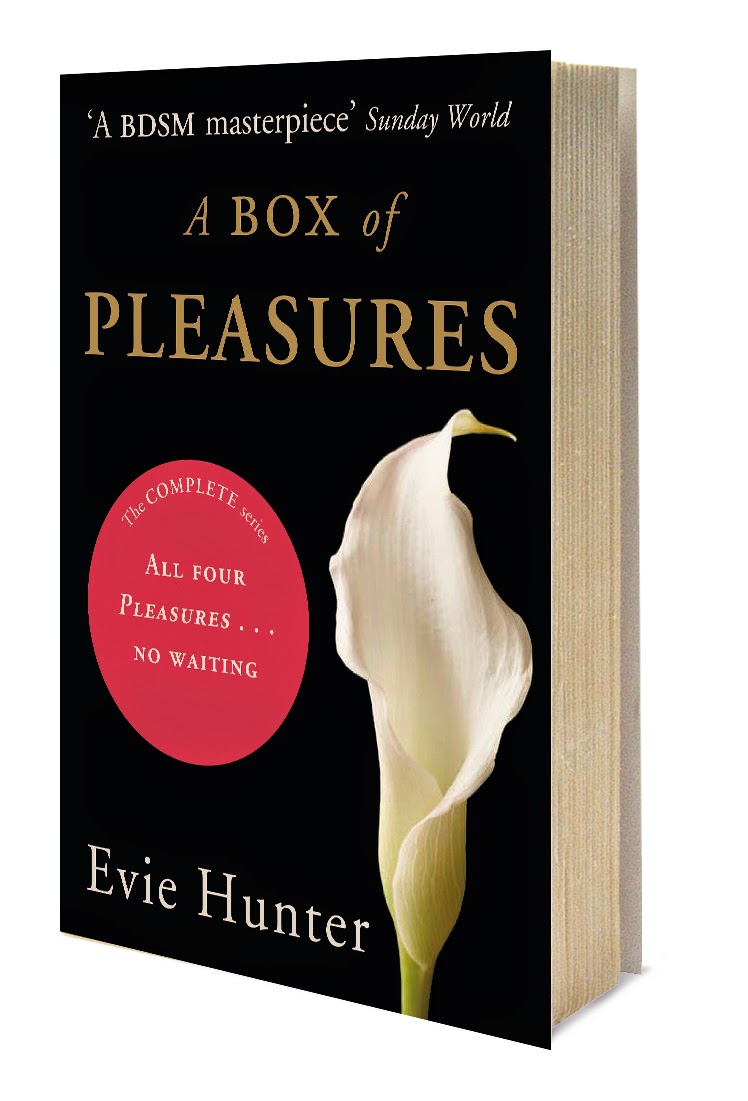 The Pleasures of Winter
When reporter Abbie Marshall needs to escape Honduras, a private jet carrying Hollywood A-lister Jack Winter is her only way out. But when the plane nose-dives into remote rainforest, Abbie finds herself fighting her deepest, darkest desires, as well as for survival...

The Pleasures of Spring
Actress Roz Spring witnesses a murder and must go into hiding before the murderer comes for her. Tall, dark and dangerous, Andy McTavish will serve as her protection and pose as her fiancé. It's not long before barriers come crashing down and a raw passion emerges. But can he truly protect her? And what will happen when the need to pretend is over?

The Pleasures of Summer
Summer O'Sullivan is rich, beautiful, headstrong - and in mortal danger. Until the threat passes, she must tolerate a bodyguard. Enter former army ranger, Flynn Grant, who threatens to cramp Summer's style. When he's forced to teach his charge a lesson, it binds them together in a way that astonishes them both - and initiates a battle of wills that stretches minds, bodies and hearts beyond every limit...

If you want to know more about the series or have any questions at all for Evie Hunter make sure you check out the Twitter chat on the 6th of December. See below for details: 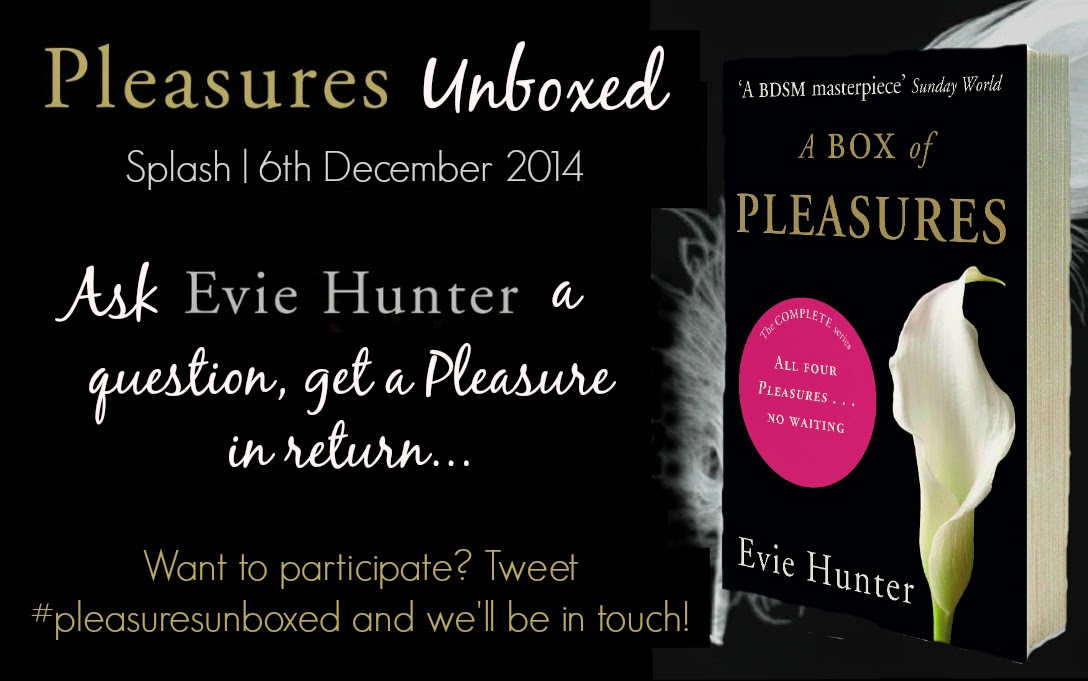