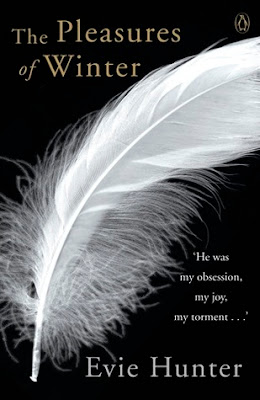 When reporter Abbie Marshall needs to escape Honduras, a private jet carrying a Hollywood A-lister is her only way out. She has a ride home with Irish actor Jack Winter - notorious womanizer and all round bad boy. Abbie is shaken to the core by Winter's blazing beauty and provocative mind.

After the plane's nose-dive into the remote rainforest forces them to fight for survival, Abbie catches tantalizing glimpses of the complicated man behind the image. And the more she sees of him, the more he touches some primal part of her that she is determined to suppress. But after a devastating encounter with Winter's shadow side, Abbie's detachment is shattered.

On returning to normal life, Abbie cannot forget what happened, nor ignore the shocking rumours about the star's private life. Her struggle to make sense of her torment leads straight back to Winter, who is just as obsessed by her. But if they are to have a relationship, Abbie knows she must embrace his hidden desires ... and accept her own.

No longer caring about anything but their intoxicating love affair, Abbie is drawn deeper into the dark heart of Winter - and the secret that threatens to destroy everything...

Review:
When reporter Abbie Marshall's investigation into a drug cartel in Honduras land her in hot water she needs to find a way out of the country fast. The only thing her boss can manage last minute is to get her onto Hollywood superstar Jack Winter's private jet, on the condition that she carries out an interview with him. Abbie is a serious journalist and the last thing she wants is to be stuck interviewing a famous actor but desperation makes her accept the deal. Things go from bad to worse when their plan crashes in the rainforest though and with it looking unlikely that help is on the way it is up to them to find their own way to safety. Jack immediately takes control of the situation and Abbie finds herself drawn to his strength as well as his good looks. Jack awakens desires in Abbie that she has never felt before and even when they make it to safety she can't forget the things he did to her. Neither of them are able to forget the time they spent together but can they ever find a way through their differences to build something worth fighting for?

The Pleasures of Winter is actually written by two Irish authors Caroline McCall and Eileen Gormley writing together under the pseudonym Evie Hunter. This was my first taste of either author's work but it definitely won't be the last and I'll be keeping an eye out for anything else written either together or individually by them in the future. In fact I already have A Touch of Winter downloaded on my kindle ready to start reading when I've finished writing this review and I'm looking forward to spending more time with Jack and Abbie. Fans of erotic romance stories like Bared to You and Fifty Shades will definitely enjoy The Pleasures of Winter and I have a feeling this will end up being just as popular!

I loved the way the story starts off with Abbie in such a dangerous situation and desperately looking for any way out of Honduras. The authors did a great job of building the tension and making me believe that Abbie's life was at risk and that heightened sense of danger just added to the impact of seeing bad boy Jack for the first time. Jack is wary of journalists and is so against the idea of giving Abbie an interview that he immediately goes out of his way to make things as difficult as possible for her but I loved the way she stood up to him and didn't let the fact that he was a superstar overwhelm her. When their plane crashes there are a few moments that were a little unbelievable but that didn't stop my enjoyment of the story for a second. I just absolutely loved the sizzling chemistry between Abbie and Jack and the fact that the story is told from both of their points of view made that even better.