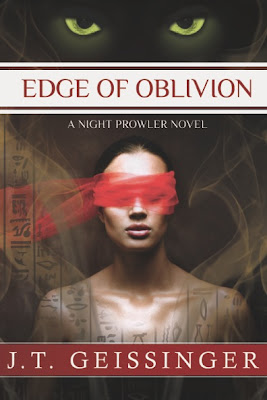 Morgan Montgomery is waiting to die. Branded a traitor by her tribe, the Ikati shape-shifter has no hope for mercy--until Jenna, the Ikati's newly crowned queen and Morgan's former ally, offers one last chance for redemption. Morgan must infiltrate the Rome headquarters of the Expurgari, the Ikati's ancient enemy, to destroy them once and for all. The beautiful renegade has just a fortnight to complete her mission or forfeit her life. Because she does not travel alone...

Xander Luna is a trained assassin and the Ikati's most feared enforcer, famed for his swift brutality and stony heart. Fiercely loyal, he is prepared to hate the traitor under his watch--until they come face to face. For Morgan arouses something unexpected inside of him, something that threatens everything he believes in and the fate of the tribe itself: a love as powerful and passionate as it is forbidden.

Review:
Morgan has admitted to being guilty of one of the most serious crimes a member of the Ikati can commit, her act of treason led their mortal enemies right to their door and ended with the kidnapping and torture of her queen. There is only one punishment for such a serious crime - the death penalty - and Morgan is just waiting for her sentence to be carried out. But at the very last minute Queen Jenna offers Morgan the chance to redeem herself, if she can track down the headquarters of the Expurgari then she will be allowed to live. The Expurgari have remained successfully hidden for centuries though so finding them now isn't going to be easy. Morgan won't be working alone on this mission, she is going to have the company of assassin Xander and his task is to kill Morgan if she fails to complete her mission. Can Morgan succeed in her mission before Xander is forced to carry out his own?

I really enjoyed Shadow's Edge so couldn't wait to get started on Edge of Oblivion. As much as I didn't agree with the actions that Morgan took in the previous book I did find it easy to see why desperation led her to take such drastic measures. The Ikati are a very male oriented race, the women are cosseted, protected and loved but they are expected to marry young and start breeding as soon as possible.They aren't expected to become warriors or to want to leave the safety of their compound. Some of the females in the clan may be happy to accept being looked after by the alpha males who surround them but Morgan has always wanted more. She wants to be free to make her own choices, to explore the world and to live her life as she chooses. She is one of the most powerful members of her colony but has had to fight every step of the way to be respected by the male members of the council and she became sick of being pushed to one side.

If Morgan had known that Jenna was going to have the chance to change things for the women of the colony then she would never have betrayed them like she did and it's obvious that she deeply regrets the consequences of her actions. I don't admire her for what she did but I do admire her for admitting it and for accepting her punishment with grace and dignity. When she is offered a reprieve she is determined to make up for the wrongs she did or die trying and she shows her strength in character with the way she deals with everything. Even though she has several chances to escape she refuses to let Jenna down by running away. I came to really admire Morgan and I'm glad that she gets to have a chance at happiness.

Xander is a great hero, he comes across as very blunt and uncaring but this is a persona that he puts on to protect himself and deep down he is a really sweet and caring guy. He was raised to be the perfect assassin and has spent his whole life training and killing on command. His childhood was brutal and he has been taught that nobody can be trusted and that anyone he loves will be in danger. The only exception to that are the other members of his syndicate, the three other assassins he was raised with. Tomas, Mateo and Julian are Xander's brother in all but blood and there is a deep bond between them all. I have to say I loved seeing them all together and I really, really hope that they each get their own book as the series continues! The attraction between Xander and Morgan is instant but they are both wary of the connection knowing that Xander must be the one to kill her if she fails in her task. I loved the fact that Morgan constantly pushes Xander's buttons by teasing him and refusing to follow his rules! It was really funny to watch his reaction to her antics and to see the banter between them.

Along with a sexy and believable romance Edge of Oblivion is also an action packed story that introduces some really interesting twists to the Ikati world. I don't want to go into any detail about what Morgan and Xander find in Rome so I'll just say it was definitely something I wasn't expecting and I can't wait to see how things play out in future books in the series! This is a fantastic instalment to the series and one that I'd highly recommend to paranormal romance fans. I'm now eagerly waiting to get my hands on the next book!

Source: Received from publisher via Wunderkind PR in exchange for an honest review