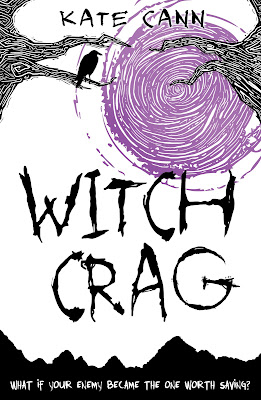 Kita must make a choice:
Survive in a life she will hate forever, or run away and almost certainly die.

Death is a risk she's willing to take. But there's more to it than that . . .

Soon, Kita will find herself fighting for the very enemy she was trying to escape.

Review:
Kita was born to the tribe of the sheepmen who, as you can probably guess from their name, raise sheep to survive! In a futuristic dystopian setting the world is very different to how we see it now, we don't know why the cities were destroyed but we do see that people live in a much more simplistic way. In fact in some ways it is like the tribes have gone backwards in time and reverted to previous ways of living.

There are several different tribes and they each have their own rules and ways of behaving, what quickly becomes clear is that women have a very low value in this new society - if they are beautiful then they are used as something valuable to trade with other tribes, if not then their life will be spent carrying out menial tasks and producing children. The sheepmen may have found a balance that allows their tribe to survive but their way of life doesn't allow time for fun or any enjoyment, even of the most simple things. Reading about the drudgery of their lives really makes you appreciate the things you have! The only thing that all of the tribes have in common is their fear of the witches who live on Witch Crag. Frightening rumours have been spread about the witches for years and the others are all terrified of their mystical powers and do whatever it takes to avoid them.

Kita isn't happy living with the sheepmen, she wants more from her life and hopes that she might find a better way of living on Witch Crag. Along with her friends Quainy and Raff she bravely sets out on a terrifying journey with no idea what really awaits for them at the end. What she finds will challenge all of her beliefs and lead to a revolution that effects not just Kita but also everyone she knows. Kita and her friends find themselves with an enemy that is almost unbeatable - unless they can convince all of the tribes to work together against them.

I found myself really sucked into Kita's world from the moment I picked up Witch Crag. We are introduced to a great selection of characters and I loved the complex relationships between them, even Kita's jealousy was endearing and understandable and I really enjoyed getting to know her. I loved getting to see how each of the different tribes lived, in some ways it felt like reading a historical story but it was easy to see how society could revert to old patterns if the world as we know it fell apart. It was also good to see the way people were forced to look at their choices and consider how things could be improved in the future, some of the characters will really surprise you with the actions they take.

This is the first story I've read by Kate Cann but it is one I'll definitely be recommending and I'm looking forward to reading more of her books in the future. The ending did feel a little rushed but I loved the fact that Witch Crag works as a standalone novel. As much as I would be happy to revisit the world and the characters it was nice to read a book that doesn't end on a massive cliffhanger leaving you waiting a whole year to find out how things end. There are some issues that haven't been resolved but they have been left open in a way that allows the reader to imagine their own conclusion or that the author could potentially revisit the characters again in the future. I'm sure that anyone who enjoys dystopian or post-apocalyptic will like Witch Crag and I look forward to reading more by Kate Cann in the future.