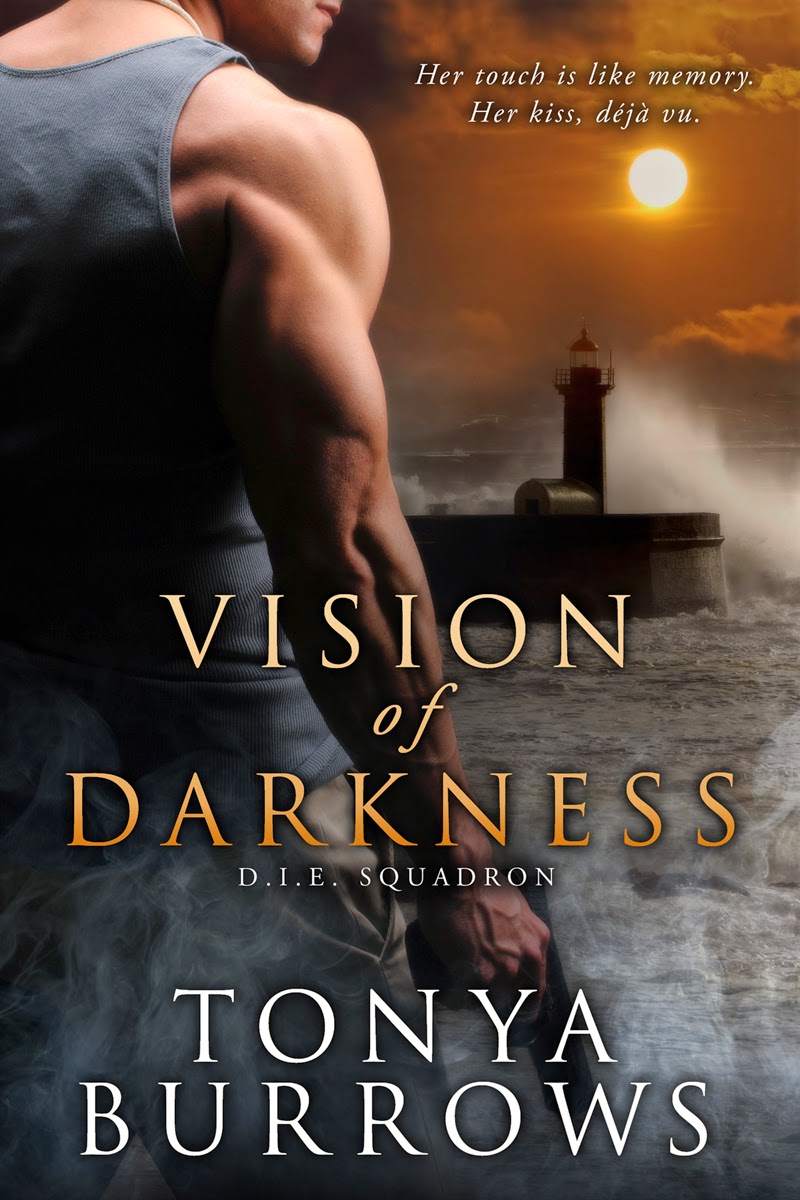 A beacon of light...
Undercover DEA agent Alex Brennan doesn’t believe in the paranormal, despite the exhausting nightmares that reveal things he shouldn’t know. When sleep deprivation causes him to make a horrible mistake on the job, he is driven to find answers. Dreams guide him to a lighthouse in Three Churches, Maine, where he finds an inexplicable and comforting familiarity in the arms of the lighthouse’s beautiful keeper, Pru Maddox.

A whisper of memory…
Deadly misfortune has long plagued Pru’s family, the result of a curse “The Green Lady” placed on the lighthouse. Skeptical, Alex searches for less ghostly explanations, though he can’t deny that the town has had more than its fair share of disappearances, suicides, and accidents. As their passion simmers, Alex digs deeper, and his dreams turn violent, frightening, and very real.

A vision of darkness...
To keep Pru safe, Alex must embrace his abilities and unravel the lighthouse’s mystery. Except someone—or something—wants the past to stay buried...and will do anything to keep it that way.

Review:
I'm a huge fan of Tonya Burrows, I've read and enjoyed all four of her previous stories and I know she writes great hot alpha men so to say I was excited about Vision of Darkness is an understatement. Especially when I heard it was her first paranormal romantic suspense and it was compared to Christine Feehan's GhostWalkers series because I love those books. Unfortunately I think I went in with my expectations too high and I ended up feeling a little disappointed.

I think my problem started with how quickly things develop between Alex and Pru, they've known each other for a couple of days when he is accused of murdering her cousin and she doesn't even consider the fact that he might be guilty. I get standing by your man but wouldn't you have a few seconds of doubt when it comes to someone you've just met? Especially when you're grief stricken over the death of someone who is practically a brother to you? It took a long time for me to actually feel any chemistry between them but by the time I did they were practically glued at the hip and it all came a little too late for me to feel fully invested in their romance. The fact that Alex lies to Pru (and everyone else) about his identity for absolutely no reason didn't help, I could understand his caution but not why he didn't at least talk to her about it.

Although the romance happened overly quickly I found this was a very slow book, we are introduced to a lot of characters and get to see things from a lot of different points of view which made it slow to read and harder to connect to. A lot of the POVs are from very minor characters so it gives you a good insight into who is up to no good from a very early point in the story - why else would we need to hear from them? - but we also got a half-hearted romance between Pru's friend and another relative that seemed completely pointless considering how it was left hanging and just added unneeded page time to the story.

On top of that both Alex, Pru and Alex's friend and fellow D.I.E. Squadron member Nick all make some ridiculously stupid decisions that consistently put Pru in harm's way and left me wanting to bang my head against the nearest wall. The worst was when Alex realises that he's been set up to drive 5 hours out of town to get him out of the way. Does he call Nick and Pru to warn them that they could be in danger? No, he just turns around and starts the 5 hour drive to get back to them. It's not like this is a historical story in the time before mobile phones & just one little phone call could have alerted Nick to the potential danger and saved a whole lot of trouble for Pru. That's only one example of the idiotic behaviour on display but I can come up with several more without even having to think too hard about it.

Now, I've mentioned a lot of things that I didn't like about this story and perhaps I'm being overcritical because I know how much I love Tonya Burrows' other stories but Vision of Darkness wasn't all bad and there were things I liked about it. The ghost was creepy, there were parts of the mystery that it took me a while to figure out and on the whole I liked most of the characters when they weren't being idiots. I'm intrigued by the idea of the D.I. E. Squadron and definitely want to know more about their abilities. The ending also left me desperately wanting to find out what happens next for one character in particular so I'm definitely planning on picking up the next book in the series. I am hopeful that the series will just go from strength to strength now that some of the world building is in place and I still have a lot of confidence in this author's ability to draw me into her stories.