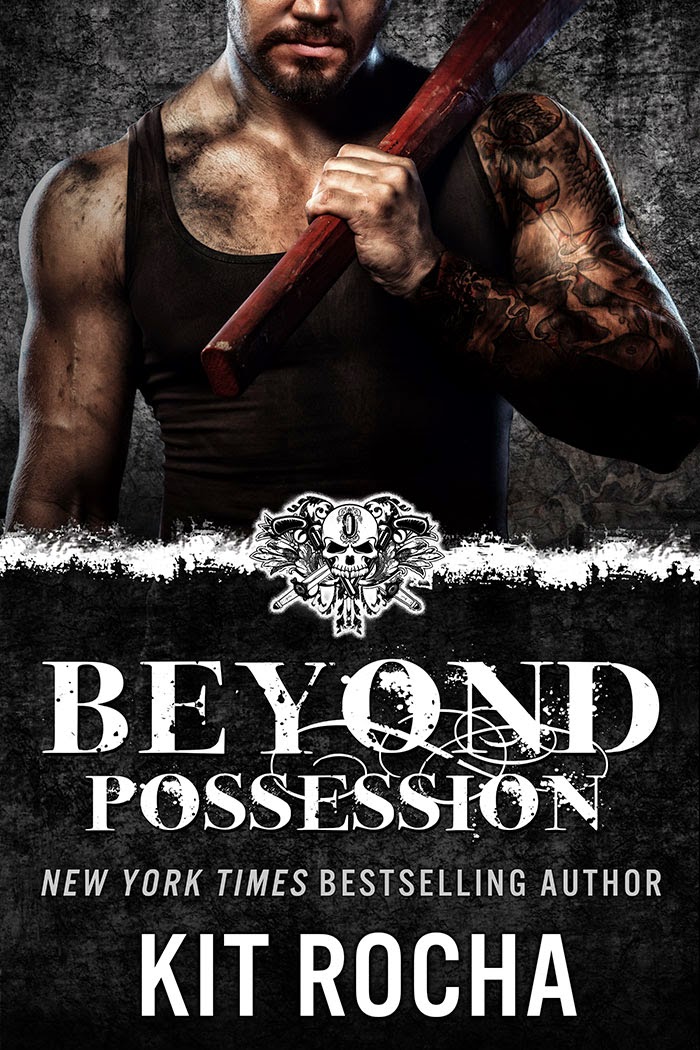 Tatiana Stone has worked hard to establish herself as one of Sector Four's most skilled crafters. All she wants is peace--but the sins of her father haunt her. He ruled the sector as a petty tyrant before the O'Kane takeover, and plenty of people harbor bitter memories of his cruelty. Especially now that Tatiana's beloved baby sister has fallen in with a man who wants to start a revolution.

Zan failed his boss once, and it won't happen again. So when Dallas O'Kane asks him to defuse the rebellion brewing in the sector, he'll do whatever it takes to get the job done--including seduce Tatiana. It's the perfect opportunity to get closer to the pretty crafter and complete his mission. But what he discovers is a fiery, passionate woman--and an affair that could destroy them both.

Review:
I'm the biggest fan of the Beyond series, I'm a little obsessed with the world but most of all with the characters and I can't get enough of them. I think it's great that Donna and Bree (the ladies behind the Kit Rocha name) write these little novellas to give us more about some of the minor characters, the ones we see on the sidelines but who don't necessarily have a major role to play in the ongoing storyline. Although the novellas give us a glimpse on the world and often let us catch up with some of the other characters we're crazy about they are also more tightly focused on the main couple and the romance so while they're shorter they're most definitely not lacking in heat.

Beyond Possession is the story of Tatiana and Zan, we've met both of these characters previously but didn't know a huge amount about them so I was excited to get to know them better. Tatiana's father used to be the leader of Sector Four but unlike Dallas O'Kane he was neither liked or respected, he was a thug who ruled by fear and even though he is long gone he left quite a mark on the sector. Tatiana is a skilled craftswoman but she is stuck between the people who hated her father and love Dallas and those who resent the O'Kane way of life and want to see a return to the old days. Tatiana has spent years trying to protect herself and her sister Catalina, she doesn't want trouble and she knows the best way to avoid it is to keep her head down and remain neutral but that isn't easy when Catalina has started dating a guy who is very outspoken about his hatred of the O'Kanes. Tatiana has tried to keep Catalina away from Wallace but that just pushed the two of them together and now Wallace is attempting to use his connection to the Stone sisters to push his agenda.

Zan is loyal to Dallas but feels he let his boss down when he was injured in an ambush. He will do anything to make up for his failure and right now that means keeping on top of the unrest amongst the market traders and trying to smooth things over. He has always wanted Tatiana but understands her need to remain under the radar and has respected her wishes but now is the perfect opportunity for him to get closer and show her just how important she is to him. Can Tatiana continue to resist Zan's charms or will he finally get past her defences?

I loved this couple, I love how Tatiana is so independent and so protective over her sister. She has worked so hard for everything she has achieved and she isn't going to give it up easily. Zan admires her for her spirit and the last thing he wants to do is crush her dreams, he knows she needs to be able to stand on her own two feet and would never do anything to jeopardise that. Zan really is a great guy, one who may want to protect Tatiana but who would never try to stifle her and who has a tight leash on his caveman tendencies. They fit together really well and I enjoyed seeing them realise how special they could be together. Beyond Possession is a fabulous addition to the series and Tatiana and Zan are another new favourite couple. I don't know how I'm going to survive the wait for the next book - I just wish we could have a new book every month!