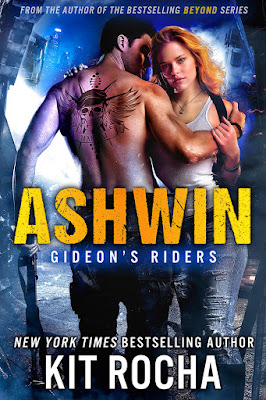 Lieutenant Ashwin Malhotra is a Makhai soldier—genetically engineered to be cold, ruthless. Unfeeling. His commanding officers consider him the perfect operative, and they’re right. Now, he has a simple mission: to infiltrate Gideon’s Riders, the infamous sect of holy warriors that protects the people of Sector One.

He’s never failed to execute an objective, but there’s one thing he didn’t anticipate—running into Dr. Kora Bellamy, the only woman to ever break through his icy exterior.

When Kora fled her life as a military doctor for the Makhai Project, all she wanted was peace—a quiet life where she could heal the sick and injured. The royal Rios family welcomed her like a sister, but she could never forget Ashwin. His sudden reappearance is a second chance—if she can manage to touch his heart.

When the simmering tension between them finally ignites, Kora doesn’t realize she’s playing with fire. Because she’s not just falling in love with a man who may not be able to love her back. Ashwin has too many secrets—and one of them could destroy her.

Review:
It's no secret that I'm a fully paid up member of the O'Kane fan club, I absolutely love the Beyond series and the only thing that made that series ending bearable was knowing that Kit Rocha was writing a spin off series set in Sector One. I have been looking forward to reading this book ever since it was announced, we've already seen how obsessed Ashwin is with Kora throughout the other series and I couldn't wait for them to finally figure things out. Sometimes when a book is as highly anticipated as this one there is a worry at the back of your mind that it might be a disappointment but I never had that fear here, I completely trust these authors to give me a story that I'm going to adore and they 100% delivered with Ashwin.

If you're new to this world then you probably could pick up the story here, this spin off is designed to be a starting point for newbies but it also has plenty of cameo appearances and little hints at things that have gone before for fans of the previous books. I'm incredibly happy to recommend any of the books set in this world though, this is post-apocalyptic erotica at it's very best and the stories are so hot they should come with a warning label. It looks like things are going to be slightly different in Sector One though, the riders are still completely open about their sexuality and pretty much anything goes but they seem a little less into public displays than the O'Kane are. Of course that could change as the series continues but it's an interesting change to the dynamics and it didn't make this book any less hot.

If you're new to this world there are a few things you need to know about our hero Ashwin. He was genetically engineered as part of the Makhai project to be a super soldier, the Makhai were created to be the perfect killing machines, ruthless, unfeeling killers who follow out their orders unconditionally. Ashwin has always had a little trouble when it comes to Kora though, and he has been fighting his obsession with her for a long time now. Kora is the complete opposite of Ashwin, she's a dedicated doctor who loves deeply and would do anything to protect those she cares for. She was one of the doctors tasked with looking after the Makhai soldiers and she's one of the few people who isn't terrified of them. The Makhai have such a ruthless reputation that even other soldiers on the base stay well clear of them but Kora cares about them and balks at carrying out duties that she believes will harm them.

Kora escaped from the military base in the previous book and she's now been accepted into Gideon's family where she is treated like a princess. She has found a home but she often thinks about the soldier she left behind, she was convinced that Ashwin had feelings for her and it hurt her when he didn't escape with her. Ashwin has been sent on a mission to infiltrate the Riders and find out what Gideon's plans are, the military high ups are concerned that he could be a powerful enemy and they want to have eyes on the inside in case he starts plotting against them. Now Ashwin is in an impossible situation, he either risks everything to be with Kora or he breaks her heart by moving against the only family she has ever had.

I don't think I have the words to tell you how much I loved Ashwin, I'm a sucker for brooding mysterious guys who have their emotions tightly under wraps, especially in Ashwin's case where it's obvious that he isn't the unfeeling and emotionless robot that he was raised to believe he is. Everything about Kora brings Ashwin's protective instincts to the fore and I can't imagine him ever doing anything to purposefully hurt her. Kora is the sweetest and most caring character you'll ever come across but she also has a backbone of steel and there is nothing she won't do to show Ashwin that he's loved and accepted. They make such a brilliant couple and I'm already looking forward to rereading their story.

This book isn't just about their romance though, it's also about introducing us to the main players in Sector One. We've met a lot of them before but they've only been on the sidelines in previous stories and this series will be their chance to shine. Gideon is treated like a god by the rest of the sector, I was a little nervous about the weird, almost cult-like, religion they have going on here but it was actually really interesting and not at all what I was expecting. I think it works so well because Gideon is a responsible leader, he never asked for this responsibility and would probably walk away from it if he could but it's exactly because he doesn't want the power that makes him such a good leader. He has earned the respect of the Riders and as a group they do huge amounts to protect the whole sector and make sure their people have everything they need. I enjoyed meeting all the different Riders and I loved seeing Ashwin trying to find a place with them, he has a lot of strengths that are going to be a real asset as the series continues.

Ashwin took everything I loved about the Beyond series and made it fresh and exciting again. I absolutely can't wait to read the rest of the series! 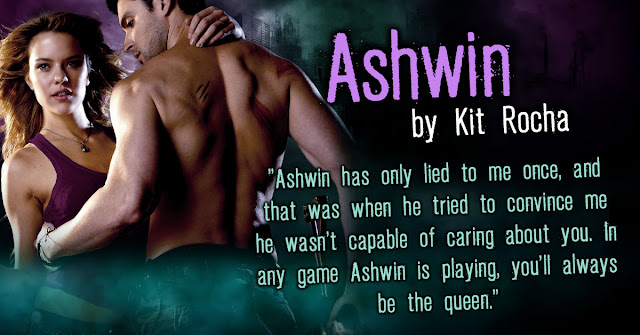 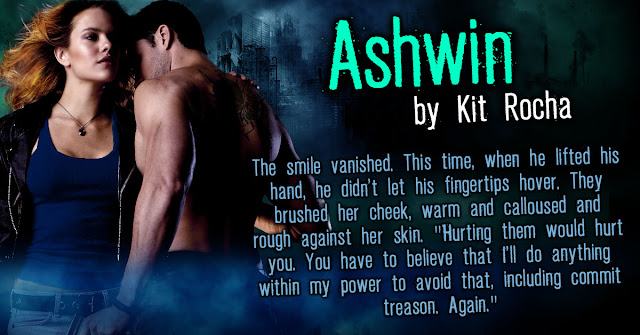