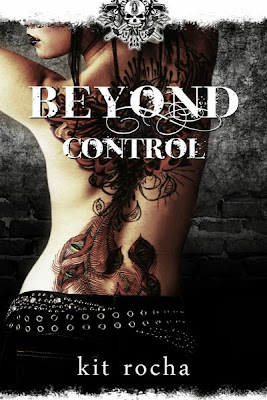 She refuses to be owned.

Alexa Parrino escaped a life of servitude and survived danger on the streets to become one of the most trusted, influential people in Sector Four, where the O’Kanes rule with a hedonistic but iron fist. Lex has been at the top for years, and there’s almost nothing she wouldn’t do for the gang…and for its leader. Lie, steal, kill—but she bows to no one, not even Dallas O’Kane.

He’ll settle for nothing less.

Dallas fought long and hard to carve a slice of order out of the chaos of the sectors. Dangers both large and small threaten his people, but it’s nothing he can’t handle. His liquor business is flourishing, and new opportunities fuel his ambition. Lex could help him expand his empire, something he wants almost as much as he wants her. And no one says no to the king of Sector Four.

Falling into bed is easy, but their sexual games are anything but casual. Attraction quickly turns to obsession, and their careful dance of heady dominance and sweet submission uncovers a need so deep, so strong, it could crush them both.

Review:
The futuristic dystopian world that Kit Rocha (also known as writing duo Donna & Bree) has created for this series is gritty and dark, gangs rule the sectors and there are ongoing battles and wars as they fight over boarders, for supplies, and against the city of Eden. Life is harsh, violence is common place and the O'Kane men are all leather clad, tattoo covered, intense alphas who will need equally strong willed women to bring them to their knees. As much as the gang work hard they play harder, the guys have a lot of steam to let off and they do that through fighting and sex. The parties are wild and anything goes but nobody would ever be forced into something that they didn't want. It's all about mutual pleasure and attraction but if rough sex, group play and exhibitionism aren't the kind of thing you want to read about then this isn't the series for you. If you're prepared to go in with an open mind though I guarantee you'll love every minute of it!

We already saw the fierce attraction between Dallas and Lex in Beyond Shame but the stakes have been raised and things get inferno hot as we delve deeper into their story in Beyond Control. Lex is determined to never submit to a man again and no matter how much she wants Dallas she knows it would be easy to let him take complete control over her in every way. Dallas has been waiting a long time to claim Lex as his queen and he isn't above playing dirty to persuade her that life with him will be worth it. What follows is a battle of wills between two very strong individuals who are both determined to come out on top.

Lex knows how to push Dallas's buttons but no matter how much she winds him up he won't take their relationship further until she agrees to his demands. He isn't prepared to settle for anything less than 100% when it comes to Lex, he knows just how special she is and he won't let her go without a fight. Lex has been half in love with Dallas for years but is afraid to take that extra step with him even if a part of her thrills at the idea of submitting to his will in the bedroom. It's the rest of her life she is worried about giving him complete control over and she worries that he will end up overtaking everything she does. Neither of these characters are perfect, they both have flaws but that is what makes them all the more realistic. These characters are so real that I wouldn't be surprised to find out they were based on real people. They both make mistakes along the way and it isn't easy for them to learn how to compromise and find an in between that they are both able to live with but I spent every second of the book willing them to work things out. I wanted them to end up together, they both needed each other and together they are so much stronger than they are when they're apart.

As much as I love Dallas and Lex it was also great to catch up with Jas and Noelle as well as spend more time with the other gang members. I still have a crush on all of the O'Kanes but I really, really can't wait to get to know Ace better! I just have a feeling he's going to be my favourite. This is the kind of story that consumes you, it takes over your life and doesn't let you go until you've finished reading. Even then you'll find yourself thinking of the characters and the world and just waiting for your chance to dive right back into it. 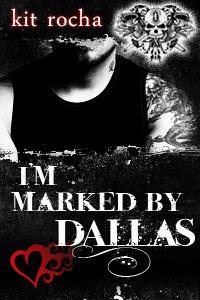