On my wish list: The Night Itself - Zoe Marriott #TheNightItself 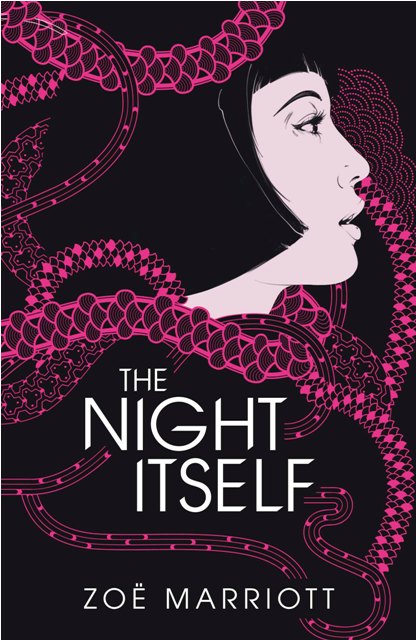 I'm a massive fan of Zoe Marriott, Shadows on the Moon is one of my favourite books (read my review here) so I have been looking forward to her upcoming release The Night Itself since I first heard about it. I have been waiting for over a year for this book so I'm sure you can imagine how excited I am now that we only have a couple of months left to wait! The Night Itself is published in the UK on the 4th of July but Zoe is currently holding a giveaway for an advanced copy so if you're as excited about this book as I am you might want to go and enter here.

The Night Itself is the first instalment in Zoe's new Name of the Blade trilogy and I'm excited to start reading it. You can find out all about this series and her other books on Zoe's blog here.

Now if the cover (above) wasn't enough to grab your attention have a look at this blurb (taken from Goodreads):

When fifteen year old Mio Yamato furtively sneaks the katana - an ancestral Japanese sword - out of its hiding place in her parent's attic to help liven up her Christmas party costume, she has no idea of the darkness she is about to unleash on modern day London, or the family secrets that she is going to uncover.

The paralysing paranoia that descends on her before she gets to her friend's party is her first clue. The vivid and terrifying visions that nearly get her killed are a pretty good warning too.

The giant nine-tailed cat demon that comes after the sword and tries to rip her throat out? Overkill.

Seconds away from becoming kitty-food, Mio is saved by Shinobu, a mysterious warrior boy. But it's already too late. Mio has ruptured the veil between the mortal realm and the Underworld, and now the gods and monsters of ancient Japan stalk the streets of London, searching for her and the sword.

With the help of her best friend Jack, a fox spirit named Hikaru - and the devoted protection of the betwitchingly familiar Shinobu - Mio attempts to discover the true nature of the sword and its connection to the Yamato family. Because if she doesn't learn how to control the katana's incredible powers, she's in danger of being overwhelmed by them. And if she can't keep the sword safe from the terrible creatures who want it for their own, she'll lose not only her own life... but the love of a lifetime.

What do you think? Who else is looking forward to this book as much as I am? Zoe is great at writing kick ass characters but I have a feeling Mio is going to be one heroine who you wouldn't want to mess with when she learns how to use her katana! Mythical Japanese characters brought to life in modern day London, a sword fighting heroine and a warrior hero - what's not to like about this book? AND it's an urban fantasy story set in LONDON people!!! How long have I been saying that we need more UF & PNR set in the UK? Especially when it comes to YA!! (Yes, I'm more than a little excited, but no, I'm not going to apologise for it!)
at 16:01