Review: Because of Low - Abbi Glines 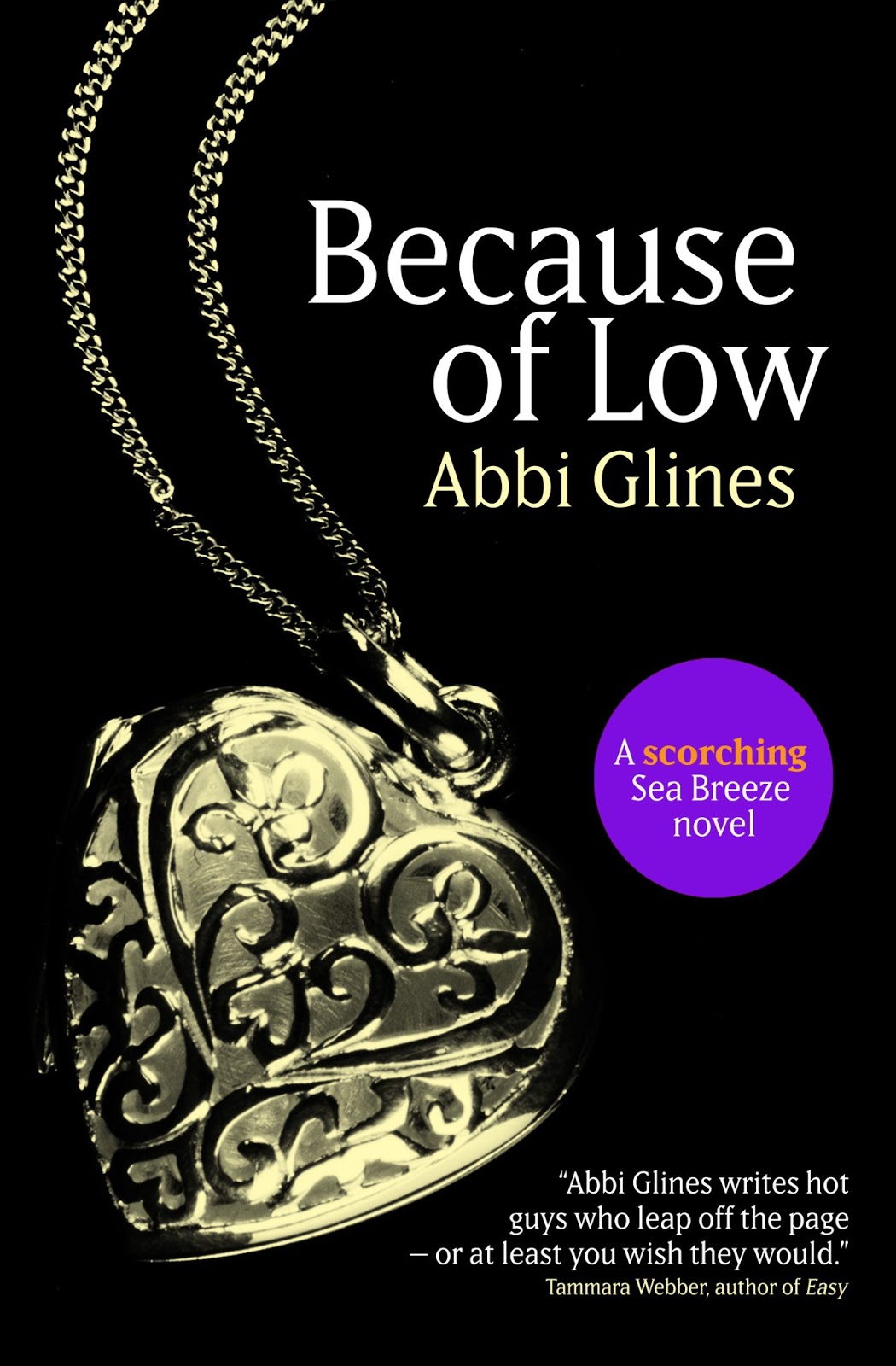 Marcus Hardy is stuck in Sea Breeze - something he's really not happy about. The only good part of his life is the hot redhead who sleeps over regularly. There's just one thing - she's sleeping in the bed of his roommate, Cage York.

Willow "Low" Foster knows that running to Cage every time her sister kicks her out isn't ideal, especially when he wants to be more than just friends. And his new roommate Marcus, is making things even more complicated by checking her out like he wants her there too.

But then a shocking revelation forces Marcus to choose between Low and his family. Because now the truth is out . . . there's no other choice.

Review:
Marcus has had to give up his place in college and move home to help his family through a crisis, he isn't happy about it but his mum and sister need him and he will always put them first. Although he'd rather be anywhere but in Sea Breeze he does find himself incredibly attracted to his new roommate's best friend Low so things aren't all bad. Low hasn't had an easy time of it, every person who should have been there for her while she was growing up walked away and left her. The one person she has always been able to turn to is her best friend Cage and he would never let her spend a night on the streets so she stays with him whenever her sister Tawny kicks her out. Despite Cage's claims that he is going to marry Low one day they have never been anything more than friends and she is irresistibly drawn to Marcus. Marcus and Low could be perfect together but that's before they uncover a terrible secret, one that will force Marcus to choose sides and pick between Low and his family. How do you choose between your family and the girl you love? Where should your loyalty be?

I had a few issues with The Vincent Boys because cheating is a major hot button of mine so it was a testament to how good Abbi Glines' writing was that I not only finished reading it but actually ended up liking it (even it if was almost against my will!). Anyway, knowing how good she is at creating chemistry between her characters I had high hopes for her Sea Breeze series, especially since I knew cheating wouldn't be an issue. I'm happy to say that Because of Low was my favourite Abbi Glines book yet and I can't wait to continue reading the series! I have to admit I'm still a little confused about why Simon & Schuster have published books 2, 3 and 4 in this series before the first book, Breathe, but although I plan to go back and read the first book when it is available I didn't have any problems picking up the story at Because of Low as each book focuses on a different main couple. I am looking forward to going back and reading Jax & Sadie's book though because I do love a good rock star story!

I really enjoyed the romance between Marcus and Low, the couple have great chemistry and although they are from very different backgrounds they obviously have a lot in common and enjoy spending time together. I had guessed the big secret very early on but I think that is the author's intention, you spend the whole time you're reading the book worrying about how they can possibly deal with the outcome of the secret and hoping that they will find a way to look past it. I don't want to tell you what the secret actually is so I'm just going to say that it isn't something that Low or Marcus did wrong, just something that they have to live with the consequences of. I think one of the things I liked most about this book was the fact that the romance takes time to develop, the characters take time to get to know each other and I never felt things were rushed or unbelievable.

Low is such a sweet character, she has been through a lot of tough times but she doesn't feel sorry for herself or act out to get attention. She does rely a little too heavily on Cage rather than stand on her own two feet but considering everything that has happened you can't really blame her for that and she does make a lot of changes later on in the story. Low is a loving and generous girl, someone who tries to see the good in everyone and who is very protective of those she cares about and she deserves to have someone who is going to put her first for once. Marcus was a great guy, he puts his family's happiness before his own and you've got to respect a guy who looks out for his mother and sister. He also becomes very protective of Low and although he can get a little jealous where she is concerned he never takes things to an over the top level. I liked the fact he doesn't push Low into anything she isn't ready for, he likes and respects her enough to wait as long as it takes for her to trust him and he is the one who puts the brakes on things a couple of times until he is sure she knows what she wants. The chemistry between them is fantastic and they have some very steamy scenes but they also have some very sweet and romantic moments that make your heart melt a little.

I've already said that Because of Low is my favourite book by Abbi Glines but I have a feeling I'm going to like Cage's story, While it Lasts, even more. Cage is a bad boy to the extreme, very much a player when it comes to girls but we know enough about him to see that he is suffering inside and that he just hasn't met the right girl yet. I have a feeling that when he falls for someone he is going to fall hard but I would imagine he'll have a job on his hands proving to anyone that he can change his ways. I can't wait to see how he does it! If you haven't started this series yet then I would definitely recommend it, Because of Low is going to be a huge hit with anyone who loves contemporary romance with great characters and a fair amount of angst. It's the kind of book that would make a perfect summer holiday read.