I absolutely loved Sarah J Maas's debut novel Throne of Glass (read my review here) and have been looking forward to getting my hands on the sequel Crown of Midnight ever since I finished the last page! Unfortunately we still have a little while to wait (the UK release date is the 15th of August) but the cover has now been revealed so I wanted to share it with you: 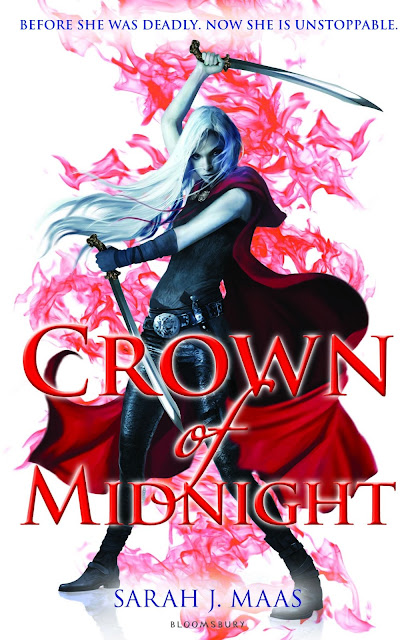 In case you haven't already seen it here is the blurb for Crown of Midnight:

Eighteen-year-old Celaena Sardothien is bold, daring and beautiful – the perfect seductress and the greatest assassin her world has ever known. But though she won the King’s contest and became his champion, Celaena has been granted neither her liberty nor the freedom to follow her heart. The slavery of the suffocating salt mines of Endovier that scarred her past is nothing compared to a life bound to her darkest enemy, a king whose rule is so dark and evil it is near impossible to defy. Celaena faces a choice that is tearing her heart to pieces: kill in cold blood for a man she hates, or risk sentencing those she loves to death. Celaena must decide what she will fight for: survival, love or the future of a kingdom. Because an assassin cannot have it all . . . And trying to may just destroy her.

Love or loathe Celaena, she will slice open your heart with her dagger and leave you bleeding long after the last page of the highly anticipated sequel in what is undeniably THE hottest new fantasy series. 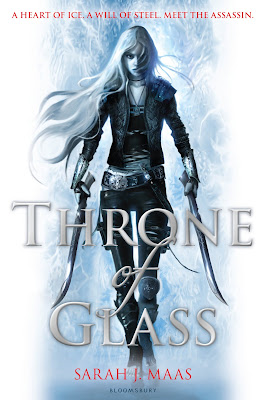 What do you think of the cover? I LOVE it and I'm now even more excited to get my hands on the book! This goes so well with the UK cover of Throne of Glass (see left) but I think I love the bright reds even more than I liked the blues of the previous cover. 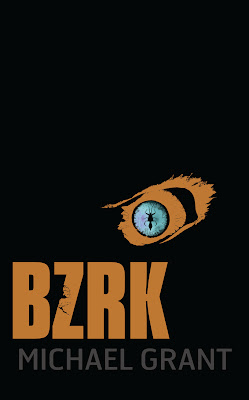 Fans of Michael Grant will be pleased to know he is visiting the UK next week and will be making a number of public appearances. Unfortunately I won't be able to attend any of the events myself but I've included the details below in case anyone is interested:

I've been reading a lot of contemporary romance books recently but I have to admit that I have been absolutely devouring the huge range of New Adult books that are currently being published (read my NA reviews here). I know there is a lot of confusion over what makes a story New Adult rather than Young Adult or Adult so I thought I'd point you in the direction of this USA Today article which I think explains things really well. You can have a read through some of my NA reviews for some recommendations but my favourites include Hopeless by Colleen Hoover, Losing It by Cora Carmack, The Secrets of Ella and Micha by Jessica Sorensen and Easy by Tammara Webber.

Have you seen the latest trailer for the City of Bones movie? OMG it looks so good & I'm just dying to see it when it comes out!! For once they're releasing a film of a book that I've already read so I don't have any catching up to do (I still haven't managed to read or watch The Host or Beautiful Creatures so I'm falling really far behind LOL!).

I can't write a news post without including the first teaser trailer for the Catching Fire movie! I loved the Hunger Games film so can't wait for this to hit the big screens (although I really should make sure I read the book before then LOL). I'm sure most of you have already seen this but just in case you haven't here it is:

Last but by no means least did you see the fantastic video posted on the USA Today website revealing the title for the third and final book in Veronica Roth's Divergent series? I'm a huge fan of this series (Hooray for Team Candor UK) so I can't wait to get my hands on the last book! What do you think of the title Allegiant? According to Dictionary.com this is the definition of allegiant:

We already know that Tris is extremely loyal to her friends and the people she cares about but what do you think the title means for the end of the series? Do you think it gives us any clues about what is going to happen next? How do you think the title fits with the rest of the series (Divergent & Insurgent)? I'm a little disappointed that the new title doesn't end in ENT but when you actually say Allegiant out loud I think it fits and if you say all three titles one after the other it flows quite nicely.