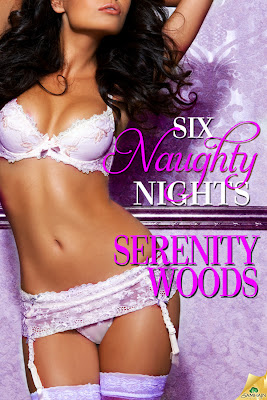 Esther is grateful for the strong arms that saved her and her young son from an earthquake. But she wishes their rescuer was someone else. Anyone other than the man who left her pregnant after a holiday fling.

Toby’s carpentry skills take him wherever there’s work, and right now that work is definitely cut out for him. He has to get over the shock that the little boy in his arms is his own son—and convince Esther that he’s always regretted walking away from her.

Esther can’t bring herself to deny Toby his right to get to know Charlie. Besides, with her own home flattened, she has nowhere to go but with him to his apartment…where she discovers a sexy role-playing card game tucked in his suitcase.

When Toby invites her to accompany him to the Northland to attend his best friend’s wedding, the opportunity to explore their still-simmering attraction is too tempting to resist. As the steamy scenarios heat up, they start to realise this is more than a game. But Esther’s hiding a secret that could cause as much devastation as the earthquake...

Review:
Toby hasn't seen Esther since they had a magical fling on a holiday 3 years ago, he always regretted not keeping in contact with her but was never able to track her down until now when he bumps into her in a supermarket. It comes as quite a shock to see her with a 2 year old boy, a boy who looks just like him! Their reunion is interrupted by an earthquake and Toby saves both Esther and her son Charlie's lives, when he discovers that their home has been destroyed Toby immediately offers to take them in. He wants a chance to get to know his son and Esther is unable to refuse him. The attraction between Toby and Esther hasn't cooled in the years since they last saw each other but can they find a way to forgive each other for past hurts so that they can move on with their lives together?

Six Naughty Nights is the second book in Serenity Woods' Love in Reverse series and I enjoyed it just as much, if not more than, the first book Seven Sexy Sins. We had already met Toby in the previous story so I knew I was going to like him but in the end I was surprised at how much I loved his character. He was the kind of guy who would do anything for anyone, he was willing to risk his life for complete strangers after the earthquake because he couldn't walk away and leave people trapped inside the supermarket when he knew he could help them. Toby is kind, generous and very laid back, he could have been angry when he found out that Esther had a son but although he was sad about the time he'd missed out on with Charlie he was more focused on becoming part of his life from now onwards. What really got to me about Toby was the way he felt about himself though, he was such a lovely guy but he felt that he was inferior to his friends because they were all more educated than he was. His self esteem was incredibly low in some ways and it didn't help that his family and friends constantly teased him but I loved the way Esther saw the real Toby and realised how sensitive and caring he was.

Esther had her heart broken when Toby walked away from her after their time together in Fiji, she was hurt and betrayed and then found herself pregnant and alone. Life had taught her never to let anyone get close to her or she would only end up getting hurt and Toby just confirmed that when he left her. Bringing up Charlie alone has been incredibly hard but it has made her very independent and she is determined to live her life the way she wants. She is scared of letting anyone close to herself or Charlie and it isn't easy for her to open up to Toby for a second time. Esther had some growing up to do throughout the story, she needed to realise that she doesn't have to go it alone and that Toby will always be there for their son and also for her if she'll let him. She is terrified of telling him that she deliberately kept his son away from him to punish him for breaking her heart and worried that he will never forgive her for it. The chemistry between them is great but they are both scared to put their feelings out there in case they end up being rejected and they have a lot of issues they need to work through before they can hope for a happy ever after. I did think they made a great couple though and I really loved the way Esther was so quick to jump to Toby's defence when she felt his family and friends took their teasing too far.

Charlie was utterly adorable and the things he came out with often had me laughing out loud as I was reading. I loved the way Toby immediately connects with his son and never once doubts that he is Charlie's father but he is also sensitive to Esther's feelings and reassures her that he will never try to take her son away from her. Another thing I really enjoyed about Six Naughty Nights was the chance to catch up with the characters from the previous book, it was great to see how Faith, Rusty, Dan and Eve were all getting along as this story is set quite a few months later. I'm looking forward to continuing this series and I'm very curious to see who the next story will be about - I have a feeling it could be Toby's brother Felix but I guess I'll just have to wait and see. If you're looking for a fun contemporary romance series with great characters, scorching hot sex scenes and a feel good factor that will leave you smiling at the end you can't go wrong with these books and I'll definitely be reading more by Serenity Woods in the future.

Source: Received from Samhain in exchange for an honest review