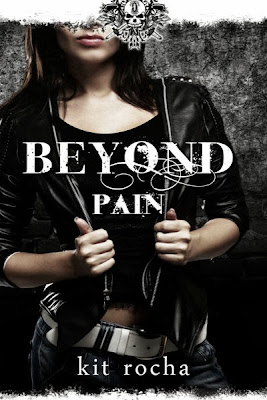 A woman with no future…

Live fast, die young–anything else is a fantasy for Six. She’s endured the worst the sectors had to throw at her, but falling in with Dallas O’Kane’s Sector Four gang lands her in a whole new world of danger. They’re completely open about everything, including their sexuality–but she hasn’t survived this long by making herself vulnerable. Especially not to men as dominant as Brendan Donnelly.

A man without a past…

In Bren’s arms, Six is finally free to let go. But his obsession with the man who made him a monster could destroy the fragile connection they’ve forged, and cost him the one thing that makes him feel human–her love.

We've already had a glimpse into what life was like for Six when she lived in Sector Three so we know just how hard it is for her to trust anyone. She has been living with the O'Kanes for several months now and is starting to believe that things really are different in Sector Four, she is still understandably wary but she trusts Bren to have her back. I loved Six for her strength, we find out even more about the things she has been through but she doesn't want sympathy and she refuses to let her past dictate her future. She wants to find a place where she belongs but she has to learn to trust not just Bren but also the rest of the O'Kanes before she can believe that she has a future with them. She isn't the kind of woman to back down from a challenge though and she puts the effort in to build a place for herself within the gang. She knows she can be more useful by helping them organise their new territory than she can serving drinks behind the bar and Bren is all in support of that. What she is coming to realise is that the men in Sector Four are nothing like the men she's dealt with in the past and the women are both respected and treated as equals. At first she was horrified by how open the gang are when it comes to sex, she thought that the women were being forced into doing things they weren't comfortable with just like she had been in the past. She comes to realise that everything that happens is consensual though, nobody is made to do anything they don't want to do and that gives her the courage she needs to start to explore her own needs and desires.

Bren knows what it's like to be a victim of circumstances and he immediately took Six under his wing when she got away from the old Sector Three leader. He has spent a lot of time helping to build her confidence, teaching her to fight dirty so she can protect herself and earning her trust. Although he has wanted her from the moment he saw her Bren knows that he must take things slowly if he doesn't want to frighten her away for good. What I loved about him most is that although he wants nothing more to protect her from harm he understands that she needs to fight her own battles and he encourages her to do that. Bren's support means more to her than anything and I was pleased he was able to put his male ego to one side for her sake. Bren encourages Six to push her boundaries when it comes to sex and pleasure but he never pressures her to do anything that she isn't comfortable with, he helps her realise that there are no limits as long as everyone who is involved wants to be there.

I've liked Bren since the beginning but I didn't realise quite how much I was going to fall for him. It's just so damn hard to pick a favourite guy from this series - they are all equally hot in their own ways but if you love big, dominant, tattooed, leather wearing, alpha men who know what they want and won't stop until they get it then you're just going to adore this series. Kit Rocha has written some of the hottest sex scenes that I've ever read in this series and she has taken things up a gear in Beyond Pain. There was one particular scene containing Dallas, Lex and Rachel with Bren and Six watching from the sidelines that was so hot it nearly killed me but Bren and Six were definitely given plenty of time to shine as a couple too. I can tell you right now that I'm dying to get my hands on Rachel's book, Beyond Jealousy, because I already know it's going to be off the charts. The glimpses we have been given of Rachel, Ace and Cruz have just increased my excitement to stupid levels.

I don't really know what else I can say about Beyond Pain apart from to tell you that it is a must read for fans of the series. If you haven't come across these books yet then you seriously have no idea what you're missing out on. This is erotic romance at it's finest, picture a gritty dystopian world full of violence and gangs, heroes and heroines who you will fall head over heels for and the hottest boundary pushing sex you'll ever come across and you'll still have no idea how good these books are. Just go out and READ THEM and you'll see what I'm talking about! 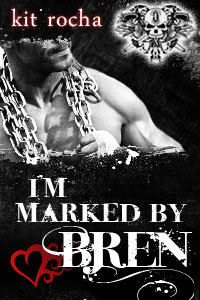