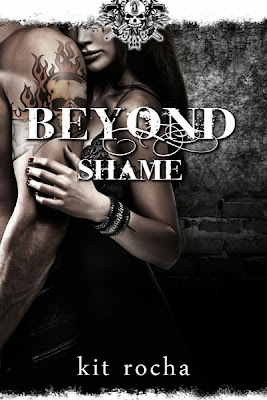 A dangerous world of sex, lust and violence...

All Noelle Cunningham has ever wanted is a life beyond--beyond the walls of Eden, where only the righteous are allowed to remain, and beyond her stiflingly restrictive existence as a councilman's daughter. But only ruins lie outside the City, remnants of a society destroyed by solar storms decades earlier.

The sectors surrounding Eden house the corrupt, the criminal--men like Jasper McCray, bootlegger and cage fighter. Jas clawed his way up from nothing to stand at the right hand of Sector Four's ruthless leader, and he'll defend the O'Kane gang with his life. But no fight ever prepared him for the exiled City girl who falls at his feet.

Her innocence is undeniable, but so is their intense sexual attraction, and soon they're crossing every boundary Noelle barely knew she had. But if she wants to belong to Jas, first she'll have to open herself to the gang, and to a world where passion is power, and freedom is found in submission.

As the daughter of a wealthy Councilman Noelle grew up inside the city of Eden living a life of luxury. She paid a high price for the privilege though and was forced to live by very strict rules and with the knowledge that her family were only interested in her value as a pawn that they could marry off to gain some kind of political advantage. All Noelle really wanted was the chance of freedom but that would never happen inside the walls of Eden. When an act of rebellion ends up causing her to be kicked out by her family and she is exiled into the sectors outside the city walls she is at a complete loss. The sectors are ruled by gangs of criminals and are nothing like the world she is used to and Dallas O'Kane, ruler of Sector Four, is supposed to be one of the worst. When she finds herself being rescued by one of Dallas's lieutenants, Jasper, she starts to realise that not everything she has heard about life in the sectors is true, yes, Dallas is in control of everything that happens in his sector but the whole gang has a code of honour and they are very protective of each other. As Noelle tries to find a place in the hedonistic new world she has come to call home she is in for quite an awakening.

I have to admit I wasn't too sure about Noelle at first, I was a bit worried that she would end up being a weak character because of her background but I found myself pleasantly surprised at how strong she was. She has never really felt like she fitted in anywhere and it was nice to see her come out of her shell with the help of Jasper and Lex as she realised that she could finally have a real home amongst the gang. In a lot of ways Noelle is a natural submissive but at the same time she is willing to fight to get her man and you have to admire her for that. I fell head over heels for Jasper (and Dallas . . . and Ace . . . and Bren . . . and, well you get the picture!) he is pure protective alpha and I loved the way he looked out for Noelle without trying to take over her whole life. In fact he wanted her to have the chance to experiment with her sexuality so that she was sure he was really what she wanted long term. In Sector Four it is common for sex to include multiple partners but I never felt that took away from the romance between Noelle and Jasper, in fact I think it just proved how much they belonged together.

Beyond Shame really was a fantastic start to the series, it was one of the hottest erotic books I've read in a long time but it also has fantastic character development and interesting world building. I'm looking forward to learning more about Sector Four and the rest of the world as the series continues but mostly I'm excited to spend more time with these sexy guys! If you like reading about hot, tattooed, alpha men and the smart, sassy women who will bring them to their knees then you're going to love this series. Oh, one final thing - I want my next tattoo inked by Ace please (Jasper is more than welcome to join in the fun though!). 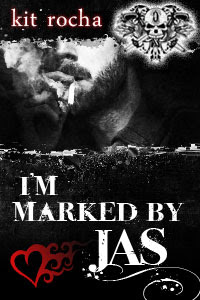