Today I'm taking part in the blog tour to celebrate the release of Unremembered by Jessica Brody. This is a fantastic book (I'll be posting my review later today) and I'm excited to be able to share an exclusive deleted scene with you all. Before I hand the reins over to Jessica let me give you a little more information about the book: 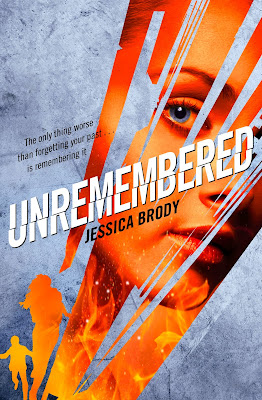 A catastrophic plan crash leaves one survivor: a girl with no memory.

Where does she come from?

Nobody knows and no one comes forward to claim her.

Haunted by a looming threat she can't remember and plagued by abilities she doesn't understand, she struggles to recall who she is. But every clue leads to more questions. And she's running out of time to answer them.

Her only hope is a boy who claims they were once in love.

Alone and on the run, who should she trust? And what if she discovers that she is safer with a past that stays unremembered?

Now please give a very warm welcome to Jessica! 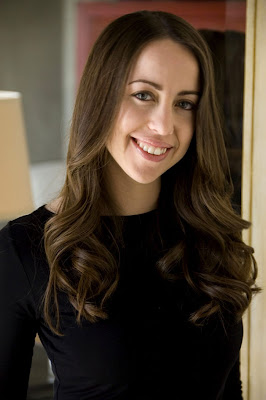 
A Deleted Scene of a Deleted Memory
By Jessica Brody

There was one scene in UNREMEMBERED that was infinitely harder to write than any other part of the book. And that was the scene in which Seraphina finally learns the truth about her past and the people who have been manipulating her memories. In my original outline, I had simply planned on having Zen (the intriguing boy who keeps showing up claiming to be in love with her) tell her the truth. But when I got to that part in the manuscript, I became stumped. For one, the scene started to get really long and it essentially comprised of nothing but not-so-interesting dialogue (which completely goes against all the “show don’t tell” rules of being a writer.) And secondly, I realized there was no way Seraphina would ever believe anything this guy had to say. She’s an extremely distrustful character. She needs to see the truth to believe the truth. And that’s when I came up with the idea of having Zen show Seraphina some of her stolen memories through a fictional technology called Re-Cognization.

Once this idea came to life, the scene really improved. In the book Sera is actually able to experience her own forgotten memories again. And it hopefully makes for a much more entertaining read than a bunch of expletive dialogue.

But soon after came the challenge of figuring out which memories to show her. The sky was the limit. It was difficult because I basically had too many choices. Needless to say, many memories were tried and then ultimately rejected and deleted from the final manuscript. The memory below (and the conversation that follows) was one of the “rejected” memories that never made it through the revision process. I chose to cut this one because the scene was already getting pretty lengthy and this one didn’t feel completely necessary (despite how much I liked it.) Although I was able to pull some text from this memory and the subsequent conversation and sprinkle it in throughout the rest of the story. So if you’ve read the book, you might recognize a passage or two.

Please note this is an unedited, unproofed scene (eek!) So you’ll have to excuse any imperfections that you come across. J

I’m on a beach. I can hear waves crashing. Can smell the salt in the air. Can feel the soft sand between my bare toes. I wiggle them, digging my feet deeper.

“Sera,” I hear a voice call. I look up and see a girl. With dazzling crystal blue eyes and long dark hair that whips in the breeze. I recognize her. She is my friend. Her name is Kammine.

A strong affection warms my body. It spreads out through my fingertips.

“We’re going in the water. Are you coming?” I glance behind me and see two more girls. Sable and Ry. My other friends.

Sable is doing a cart wheel in the sand. She finishes with a flourish, then laughs. We all do.

Ry loops her arm through mine and rests her head on my shoulder.

I smile and turn to kiss her forehead. Her hair smells like strawberries.

She starts to lead me toward the water. “Come on!”

But I shake my head and unhook my arm. “No way,” I tell them. “That water is freezing!”

Kammine pulls her shirt over her head, tossing it by my feet and runs toward the waves. “Who cares!” she calls over her shoulder.

Sable follows suit, tearing off her bathing suit cover and scampering after Kammine. I’m the only one left. I sit on my towel and watch them frolicking in the water. Ry dives head first under an oncoming wave. She surfaces a moment later, giggling with delight.

Oh, how I love her laugh.

I finally give in, stand up, and peel off my shorts and tank top. I run toward the shore. The water splashes up against my shins. It’s so cold, I let out a shriek that quickly morphs into a laugh.

The laugh continues to echo in my ears as everything around me starts to fade away. Sable disappears first. Then Kammine. And finally Ry.

The water dissolves into whiteness. The sky vanishes.

The memory comes to an end.

But I don’t open my eyes. I want to stand here and bask in the glow of this memory. It was so wonderful. Glorious. Perfect.

“I had friends,” I say quietly. Joyfully.

But then I open my eyes. And my blissful state is instantly demolished by the pure anguish that is splattered across Zen’s face. He won’t even look at me when he speaks. He keeps his head down. His eyes cast low.

“No. You only thought you did.”

“What are you saying?”

Zen finally meets my gaze. I can see the remorse tugging at his lips. I can see how much it burdens him to tell me this. And I can see my own terrified face reflected back in his pupils.

“I’m saying,” he begins. “It wasn’t real. The beach. Your friends. None of it. It was an implanted memory. Completely artificial.”

My voice starts to constrict. It takes me a moment to find my voice. And even when I do, it’s shattered beyond recognition. “Why would they implant an artificial memory into my brain?

Zen exhales painfully. “To replace the ones they didn’t want you to know about.”

I hope you enjoy unraveling Seraphina’s mystery in UNREMEMBERED!

Thanks for a fabulous guest post Jessica, I loved the deleted scene and I really loved the way Zen helps Sera regain her memory in the book. Unremembered was so much fun to read and I can't wait to get my hands on the next two books!

What do you all think of the deleted scene? Have you already read Unremembered? If not has this made you add it to your wish list?
at 09:00