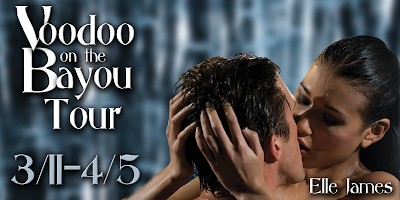 Today I'm excited to be taking part in the blog tour to celebrate the re-release of Elle James's novel Voodoo on the Bayou. This is a fab paranormal romance and fairytale retelling all in one book and it's a story that I really enjoyed (watch out for my review which will be posted later today).

I have a great guest post from Elle James below and she is offering an international giveaway for one of her previous books but before I get to that let me give you some more information about the book: 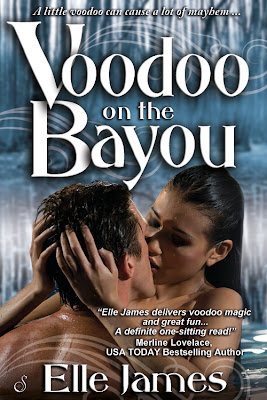 At first, lawyer and ladies’ man Craig Thibodeaux thought Madame LeBieu’s chant was a strange bayou joke. But the voodoo worked and Craig is spending his days as...well, a small green frog. Now he has only two weeks to find love, or his new froggy transformation becomes permanent.

When she receives the anonymous toxic water sample from Bayou Miste, research scientist Elaine Smith decides a trip to the bayou is the perfect excuse to escape the lab, and forget about her cheating ex-fiancé. Then she accidentally stumbles upon Craig’s oh-so-fine naked form, and her science-nerd brain is overrun with naughty thoughts about her new gorgeous night-time bayou guide.

But there’s more to Bayou Miste than voodoo curses and sexy late-night trysts. Dark secrets threaten the delicate ecosystem, and there are those who would do anything to keep those secrets hidden. Even murder... 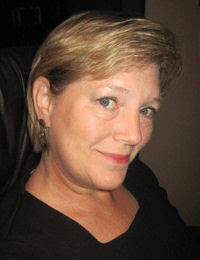 No matter how old we are, we can still believe in fairy tales and happily-ever-afters. But we don’t have to settle for the same old tales. Look at the latest fairytale movies retold: Snow White and the Huntsman, Mirror Mirror, and Red. Also, check out the television programs like Grim and Once Upon a Time. Each of these shows are the retelling of old favorites, giving them a twist and a new life.

That’s what I did with VOODOO ON THE BAYOU. I took The Frog Prince, a familiar fairytale and gave it a new twist. The story gave me a chance to build a whole new community in the Louisiana bayous, fill it with interesting, fun characters with stories to tell and flavored it with suspense, Cajun spice and Voodoo. This book started as the retelling of a fairytale and, because of the Voodoo, characters and setting, became a series. Stick around for more fun in the bayou!

What favorite fairytale would you like to see rewritten?

Thanks so much for stopping by Elle, I'm really excited to learn that Voodoo on the Bayou is going to be the first book in a series - I can't wait to see which fairytale you rewrite next!

Elle is very generously offering a signed paperback copy of her novel The Witch's Initiation to one of my readers. Here is a bit more information about the book: 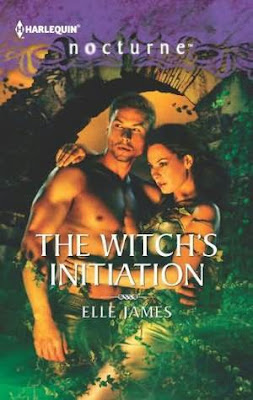 Chicago's top undercover cop, Cal Black, has faced his share of danger, but he's never tangled with the paranormal…until now. His mission is simple: to investigate the disappearance of a sorority girl from a private college. But there are two complications: the girl's a witch. And her sister is the enchantress who broke his heart.

Deme Chattox isn't looking for a man. Especially a bad boy like Cal, even though every inch of her body remembers the magic of his touch. What she is looking for is her little sister …and Deme is determined to find her without Cal's expertise. The other Chattox sisters - and their mystical powers - are all the help she needs. That is, until they unearth a terrifying secret buried deep underground - and Deme finds herself possessed by a desire that threatens to destroy her.