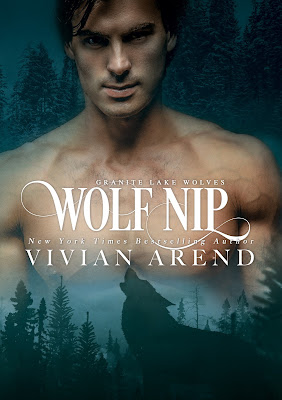 Cat got your tongue?

Tessa Williams is looking to make her mark outside the family business, and the unusual landlocked paddle wheeler she spots in Haines, Alaska, strikes her as the perfect location. Only the owner is being difficult, refusing to sell. Still, she’s sure that replacing her written queries with a little in-person charm is all she’ll need to shortly have her Eco-tour B&B on the road to success.

Local wolf-slash-owner of said vessel, Mark Weaver, isn’t hanging on to the landmark building out of spite. There are more reasons for holding back the sale than are easily explained on paper. A face-to-face meeting to resolve the matter only confounds it—when Mark recognizes Tessa as his mate.

But she’s a cat…and cats don’t do insta-mates.

The sexual attraction between them isn’t in question, just everything else. He wants her. She wants twue wuv. His wolf can’t figure out what the holdup is. Her cat thinks the entire situation, and the pack, are rather amusing.

Somewhere in here is the beginning of a beautiful relationship—if they don’t drive each other mad.

Warning: One hyper cat, one laid-back wolf. Inappropriate use of permanent markers, and a heaping side dish of cat/dog jokes. Shenanigans (read: nookie) in front of a roaring fire. Spiced liberally with sarcasm. Enjoy!

Takhini Wolves Series:
(This is a spin off from the Granite Lake Wolves series but can be read separately)
Black Gold
Silver Mine
Diamond Dust
Moon Shine

Takhini Shifters Series:
(This is a spin off off the Granite Lake and Takhini Wolves series but can be read separately)
Copper King (Novella)
Laird Wolf (Novella)

Review:
Tessa wants to break out of the family business and create something of her own, she doesn't have the sea legs to work on their cruise ships but she spotted the perfect location for the B&B she would love to open. She has her heart set on buying the property but the owner hasn't seemed very open to her plans so she has travelled to Alaska to try and convince him in person. Mark has his reasons for not selling his home but he's come around to the idea of having a business partner so a face to face meeting seems like the ideal way to sort things out. Matters are complicated when Mark recognises Tessa as his mate. All of his wolf instincts scream at him to claim her immediately but Tessa is a cat shifter who doesn't believe in true mates and she isn't going to accept him easily. She wants to be wooed and fall in love naturally but waiting isn't going to be easy for Mark.

Wolf Nip is the sixth book in the Granite Lake Wolves series and although each book focuses on a different couple and can be read as a stand alone I would still recommend reading the books in order so you can fully immerse yourself into the world Vivian Arend has created. This is such a fun series to read and this latest book was no exception. Anyone who is familiar with the earlier books will know to expect humour and sarcasm and this cat / wolf pairing definitely creates plenty of room for the pack to make cat & dog jokes!

We met Tessa in the previous book where she was in charge of the cruise ship where Keri and Jared met. She may be a cat shifter but as Keri's best friend Tessa is used to being around wolves and she saw the mating bond in action with Keri and Jared so she has an idea about the way Mark is feeling. Unfortunately she just doesn't have the same physical response to him, she's drawn to him and finds him attractive but she doesn't love him and she isn't willing to rush into anything when there is no emotion involved. Mark suffers physically because he can't claim Keri but he never tries to rush her decision. He is so caring towards her and he is determined to do whatever it takes to prove how good things could be between them if she'll give him the chance. I really liked the way he had to work to win her around and I enjoyed the build up of heat between them as they got to know each other.

If you're a fan of this series then you'll love Wolf Nip, it's a really sweet romance between a lovely couple that is full of humour and also gives us a chance to catch up with some of the pack members who we already know and love. I really hope we're going to see more instalments to the series in the future! If you're new to Vivian Arend then you're missing out so grab a copy of Wolf Signs today.