Today I'm excited to be taking part in the cover reveal for Hot Pursuit, the eleventh book in Julie Ann Walker's Black Knight's Inc series. I'm a huge fan of these books (even though I do still have a bit of catching up to do!) so would highly recommend them to fans of romantic suspense. Make sure you stick around to the end of the post for the chance to enter a fab giveaway but first let me tell you all about Hot Pursuit. 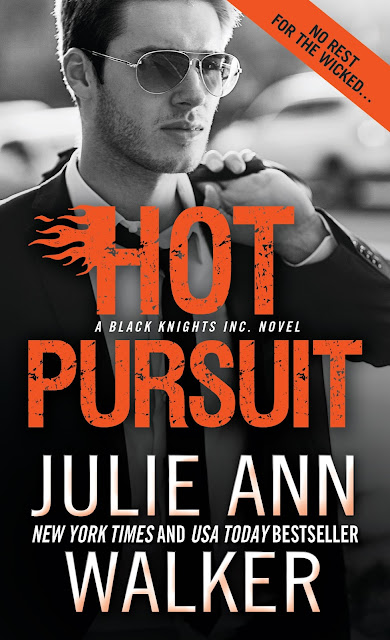 GET READY FOR THE RIDE OF YOUR LIFE!

He puts the hot...
Christian Watson, a former SAS officer and current BKI operator, never thought he would return to England after a terrible turn of events forced him to abandon his homeland. But now he's back on British soil where old enemies are determined to do him in. Fighting for his life is pretty much SOP for Christian. Doing it with the beautiful, bossy Emily Scott in tow is another matter entirely.

In hot pursuit.
Emily lost her coveted job at the CIA because of a bad romance with a coworker, and now she has just one rule when it comes to men: they're for recreational purposes only. But when she and Christian are thrust into very close quarters while evading two mysterious men who want Christian dead, she can't help but question all her ideas about love and life lived on the edge. Battling the bad guys is hard enough, battling her feelings for Christian just might prove impossible.

"This razor-sharp, sensual, and intriguing tale will get hearts pounding." -- Publishers Weekly STARRED review for Wild Ride
"Julie Ann Walker is one of those authors to be put on a keeper shelf along with Nora Roberts, Suzanne Brockmann and Allison Brennan." – KirkusReviews 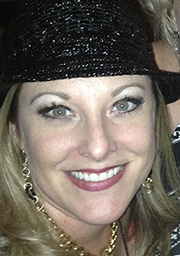 Born in Tulsa, Oklahoma, Julie grew up in a house full of women – she has three older sisters. As you can imagine, there was no lack of drama… or romance. Her mother enrolled her in a book club as soon as she began to read and it was the small spark that ignited her voracious appetite for the written word. Because of Julie’s early immersion in literature, she found writing came quite naturally. In high school, she won multiple writing contests and was the proud senior editor of The Tiger’s Tale – her school newspaper. During her college years, however, she longed for a challenge. “Reading and writing felt like second nature to me, so I looked for a way to flex my mental muscles,” she recalls. After receiving a Bachelor of Science degree, Julie began teaching advanced high school mathematics. “I loved working with the students and facing the challenges of the classroom, but I longed for the occasional snow day when I could race to the local book store, buy two or three new novels, and curl up in front of the fire to read.” It wasn’t until a fortuitous move to Chicago that Julie once more returned to her first passion. “Thankfully, my husband – my own personal hero – encouraged my decision to write full time.” Now Julie lives on beautiful Lake Shore Drive with a view that sometimes competes with her deadlines. When she’s not writing, she enjoys camping, hiking, cycling, cooking, travel, and…reading, of course! 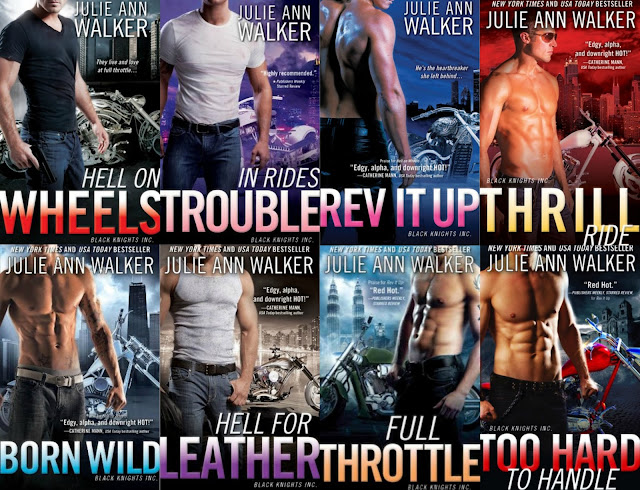 Want a chance to win signed copies of the first eight titles in Julie Ann Walker’s Black Knights Inc. series? Click on the rafflecopter below!