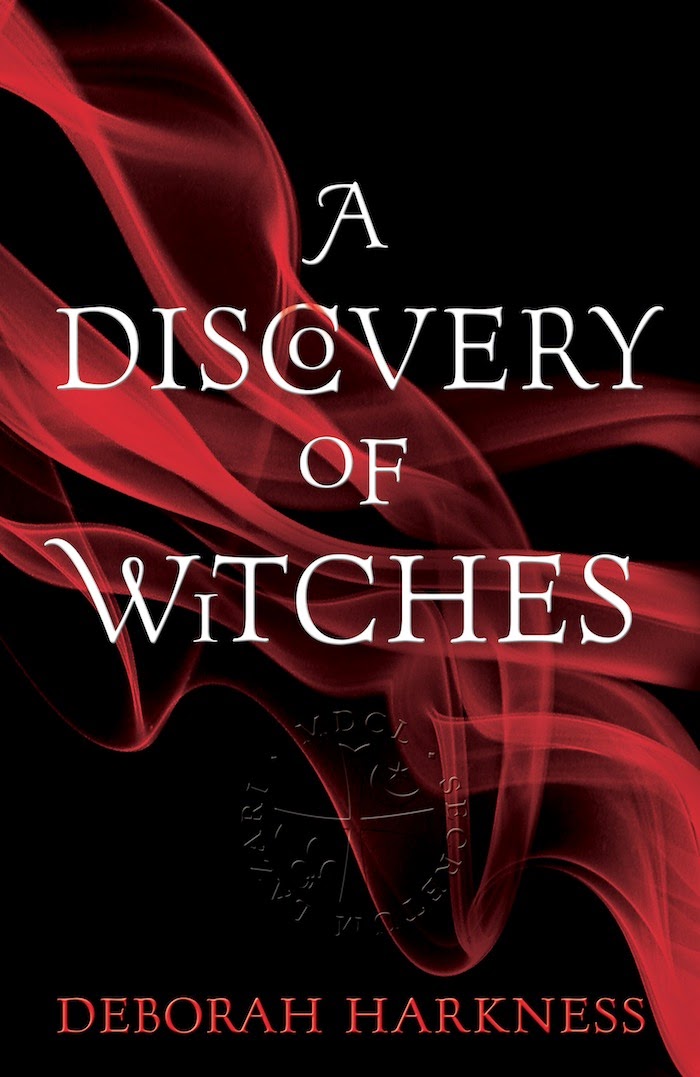 A world of witches, daemons and vampires. A manuscript which holds the secrets of their past and the key to their future. Diana and Matthew - the forbidden love at the heart of it.

When historian Diana Bishop opens an alchemical manuscript in the Bodleian Library, it's an unwelcome intrusion of magic into her carefully ordered life. Though Diana is a witch of impeccable lineage, the violent death of her parents while she was still a child convinced her that human fear is more potent than any witchcraft. Now Diana has unwittingly exposed herself to a world she's kept at bay for years; one of powerful witches, creative, destructive daemons and long-lived vampires. Sensing the significance of Diana's discovery, the creatures gather in Oxford, among them the enigmatic Matthew Clairmont, a vampire genticist. Diana is inexplicably drawn to Matthew and, in a shadowy world of half-truths and old enmities, ties herself to him without fully understanding the ancient line they are crossing. As they begin to unlock the secrets of the manuscript and their feelings for each other deepen, so the fragile balance of peace unravels . . .

All Souls Trilogy:
A Discovery of Witches
Shadow of Night
The Book of Life

Review:
It's taken me a long time to put my thoughts about A Discovery of Witches into any kind of coherent order so that I could write this review. There was so much hype surrounding the release of this series that I was a little wary of picking it up, especially considering the sheer size of all three novels, in case it didn't live up to expectations. Now having read the first book I really find myself on the fence about it.

I think the thing that frustrates me most is that it could have been such a fantastic story but it gets so bogged down in needless and irritating descriptions that it seems to take forever for anything to actually happen. I lost track of the number of different wines that were described in great detail (I've since found out that the author used to be a wine blogger which explains that somewhat but didn't make it any less boring to read!), and there was one point where it took five whole paragraphs to describe the main character searching through a desk for a blank piece of paper. No you didn't read that wrong - FIVE PARAGRAPHS looking for a piece of paper! Yes, my mind boggled at that too! Don't even get me started on the number of times we read in depth about how to make a cup of tea, or the fact that I'm now a yoga expert despite never having tried it in my life.

I'm actually all for descriptive writing, I love it when an author creates a clear picture of the places she mentions (and this is something Deborah Harkness does REALLY well when it comes to describing the Oxford colleges and library!) but it gets to a point where you have to start skim reading to save your sanity and even then it still took me forever to read this book. I swear if you took out all the needless description this book would be half the size so considering this is 690 pages long you're talking about a whole novel of pointless and repetitive information. The book isn't horrible and there were parts of it that I really enjoyed but I just keep thinking about how much stronger it would have been if someone had ripped half the pages out.

So, now that I've got my mini rant out of the way let's talk about the story. Diana is a witch but she has spent years avoiding using her powers because she wants to be normal. She has chosen to focus on her career as a historian instead and is currently at Oxford university working on a research project. When her research brings her into contact with an ancient magical manuscript Diana finds herself at the centre of unwanted attention from not just the witches but also the vampires and the daemons. The manuscript is capable of unlocking a secret that all three groups want control over and Diana is the only one who is able to open it. As much as Diana would like to ignore the whole mess and go back to her normal life that isn't an option and she's going to have to try and decide who she can trust not to use the manuscript for selfish means.

I have mixed feelings about Diana's character, in some ways she is very easy to relate to. She's a normal girl who has been pulled into this pretty much against her will and is struggling to keep her head above water. I did find myself getting a little frustrated with her "head in sand" attitude though, she spends so long wishing for it all to go away and I would have liked for her to have been a little more proactive. I also felt that once she started using her magic it all came to her a little too quickly and easily, considering she'd refused to use her magic for such a long time it felt unrealistic that she didn't need to practise more. In fact, considering how everything else was described in great detail it seemed odd that we didn't get more information about how her magic worked and get to see her learning how to harness it. When she meets the vampire Matthew I felt she came to trust him too easily and I also think their romance happened far too quickly. I prefer more of a slow build but their connection was pretty instant which was a shame. One thing I particularly enjoyed was learning about Matthew's history though, I'm sure we still have a lot of secrets to uncover but I did like his character and am curious enough to want to know more.

I nearly gave up on this book numerous times throughout the first half but once I started skim reading it became much more enjoyable and by the time I made it to about two thirds of the way in the story really started to pick up pace and get interesting. There is a lot going on at the end there and I'm definitely curious to see what happens next, especially after the way things ended for Diana and Matthew. I didn't love this book as much as I wanted to but there were enough things I enjoyed about it to make me want to pick up the next instalment. I'm hoping that now the author has found her stride the rest of the series will continue in the same vein as the last quarter of this book, which was much better paced and less bogged down with over the top description.