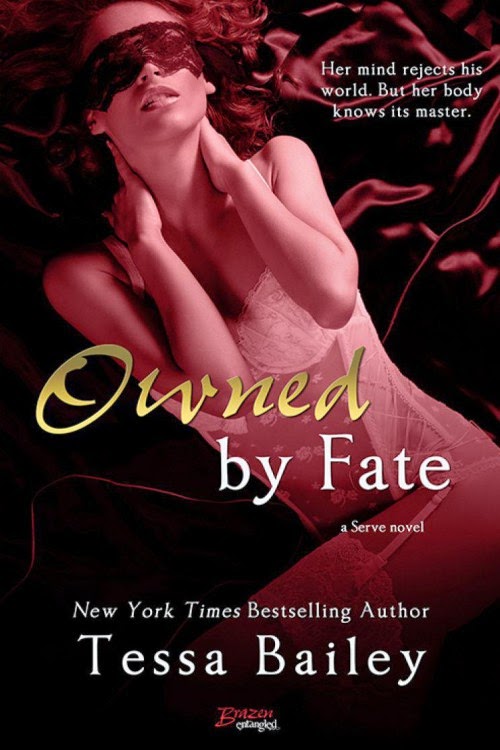 Her mind rejects his world. But her body knows its master.

Jonah Briggs doesn’t leave his post for just anyone. As the owner of the club, his sole purpose is to ensure that his clientele get everything they need, but when he sees Caroline, his only thought is what he wants—to dominate the sexy little reporter and give the most exquisite pleasure she’s ever experienced.

Caroline has no intention of entering that particular lion’s den—not with her family’s reputation at stake—no matter how dark, sexy, and complex the lion in question may be. But with every encounter, she craves more, and with every slide of his lips, she realizes Jonah might just be the man to break down all her defenses . . . if she’ll let him.

Caroline is basically a stuck up snob who thinks she's way too good for Jonah, she constantly looks down her nose at him but even when she is judging his lifestyle choices negatively she still can't help herself from falling into bed with him. Jonah was much more likeable but I couldn't for the life in me understand what he saw in Caroline. There was nothing about her that made it believable he would fall for her and the more he let her get away with treating him like crap the harder I found it to respect him. He starts the story as a pretty decent Dom (who is also the owner of the club she keeps knocking!) but he pretty much rewards her for looking treating him like crap and then begs her to spend time with him. I can't see any self-respecting Dom acting like that and it was just too much for me.

Although I didn't enjoy Owned by Fate as much as I expected to I do still have hope for the series and have bought the next book because I like Caroline's brother Oliver and her friend Eliza. Since my main problem with this book was the fact I hated Caroline I'm hoping I'll have more luck with those two! I know I'm actually in the minority not liking this book so don't let me put you off giving it a go. The sex scenes are hot, the dirty talk is great and if you can ignore the judgemental heroine you'll probably enjoy this much more than I did.