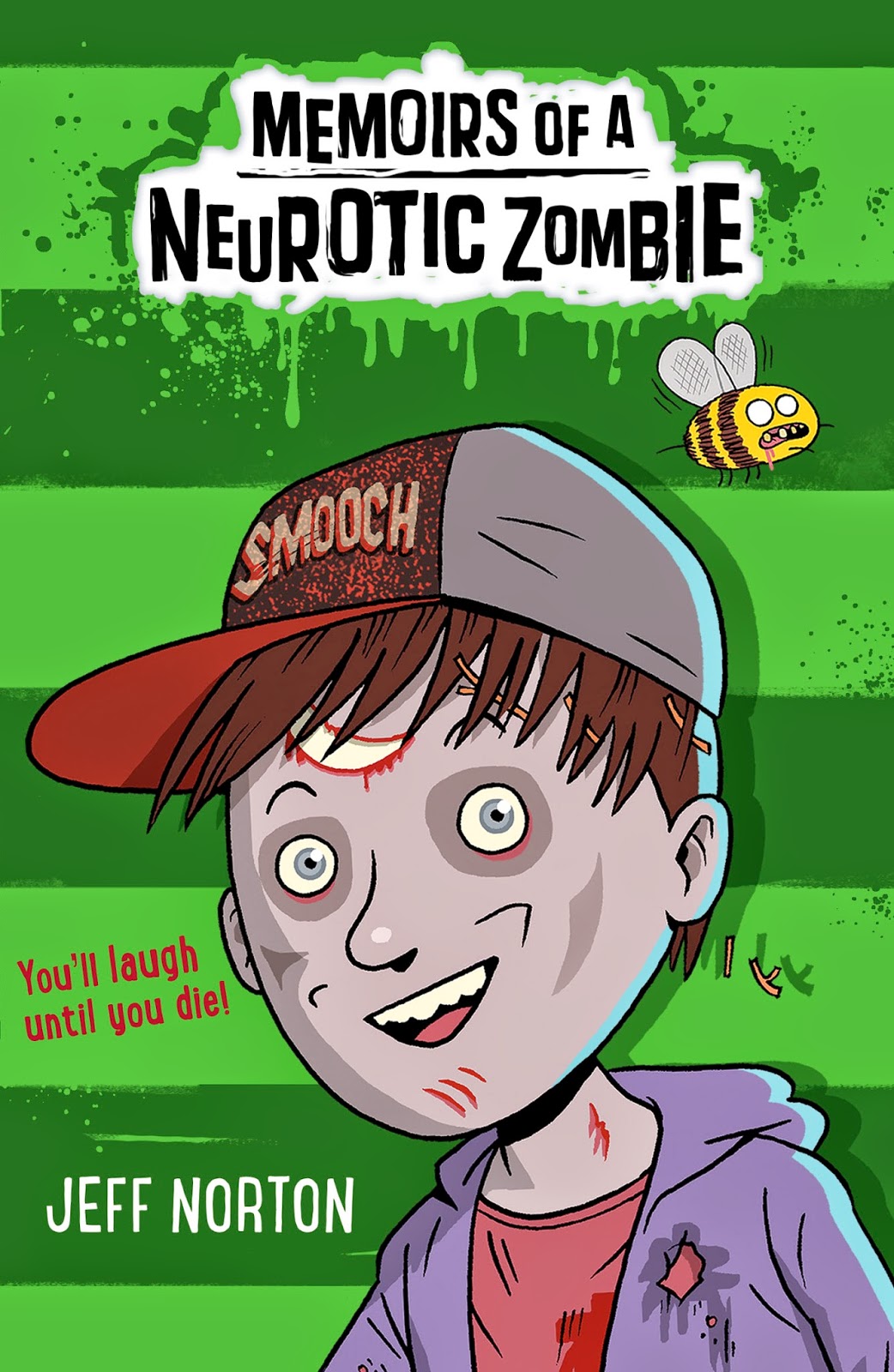 'My name is Adam Meltzer and the last thing I remember was being stung by a bee while swinging at a robot-shaped piñata on my twelfth birthday. I was dead before the candy hit the ground.'

Memoirs of a Neurotic Zombie is narrated by the hilarious Adam Meltzer - pre-teen, worrywart, and now zombie. Adam's family gets the fright of their lives when he turns up at their door desperate for a shower . . . three months after his funeral.

When most people think zombies, they think of eating people, and unintelligent monsters.

But Adam doesn’t like germs. Or dirt. Or things being disorganised. So waking up as a zombie was definitely not in his plans, and the idea of eating people is disgusting. Getting stung by a bee doesn’t normally lead to becoming a zombie, and it seems incredibly unfair that it’s happened to Adam.

Soon Adam's back at school trying to fit in and not draw extra attention to himself, but when he sees his neighbour Ernesto transform into a chupacubra, and the beautiful Corina (Adam's number one mega-crush) turns out to be a (vegan) vampire, undead life is never going to be the same again.

A hilarious adventure caper - if Ferris Bueller met Shaun of the Dead - all about friendship and being yourself . . . even if you're undead.

Review:
Now I have to start this review by saying I don't usually read middle grade fiction so this isn't the kind of book that usually ends up on my radar. However, I'm a huge fan of Jeff Norton's MetaWars series and I was lucky enough to hear him give a reading from Memoirs of a Neurotic Zombie at an event a few months back so I just had to give it a try. I'm so glad I did because it really was a fun book to read.

When Adam is killed by a bee sting on his 12th birthday you might think that was the end of the story but in fact it's only the beginning. He gives his family quite a shock when he turns up on his doorstep three months after his funeral - having just dug his way out of his grave. Adam isn't your typical zombie though, for a start he is more than a little OCD and there is nothing he hates more than dirt and germs. He doesn't even like touching other people so he's not very likely to start eating them.

Now Adam has come back from the dead he discovers that some of his friends aren't exactly what most people would consider normal either. First their is Ernesto a chupacubra who wishes he was a werewolf since they are so much cooler, then there is his neighbour Corina a vegan vampire who is constantly battling against her very traditional parents. Adam is determined to get to the bottom of his undeath and asks his friends to help him track down the zombee that killed him - after all, he doesn't want the same fate to befall anyone else.

Memoirs of a Neurotic Zombie is a brilliant book full of laugh out loud humour but also containing nice messages about family and friendship. It's a story about discovering who you are and realising that it's OK to be different. I loved the friendship that develops between Adam, Ernesto and Corina but I also loved seeing Adam come to terms with what happened to him and trying to build a new life for himself. I'm sure this book will appeal to all youngsters but even reluctant readers are bound to get a giggle out of it.