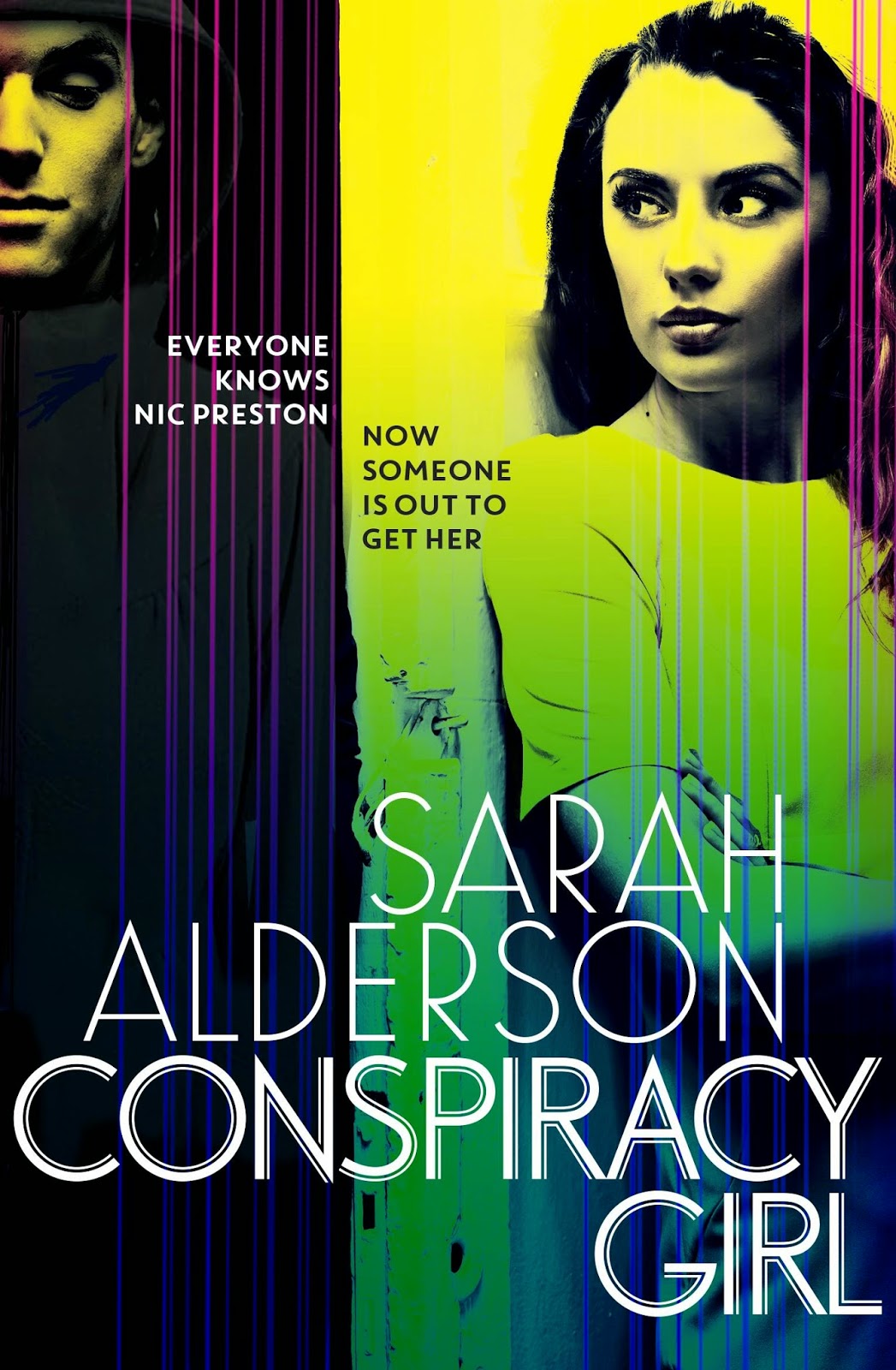 Everybody knows about the Cooper Killings. There was only one survivor - sixteen year-old Nic Preston.

Now eighteen, Nic is trying hard to rebuild her life. But then one night her high-security apartment is broken into. It seems the killers are back to finish the job.

Finn Carter - hacker, rule breaker, player - is the last person Nic ever wants to see again. He's the reason her mother's murderers walked free. But as the people hunting her close in, Nic has to accept that her best chance of staying alive is by staying close to Finn.

And the closer they get to the truth, and to each other, the greater the danger becomes.

Review:
Once again Sarah Alderson has hit the ball out of the park with her latest YA thriller and created a story that will have readers on the edge of their seats from beginning to end. It's no secret that I'm a huge fan of Sarah's, I absolutely love her writing style and she is so good at creating heroes that I want to fall in love with so I had high expectations for Conspiracy Girl and I wasn't disappointed.

Nic's life was turned upside down when her mother and step-sister were killed during a home break in, she was the only survivor but only escaped with her life because the burglars didn't immediately realise she was in the house. Since then Nic has lived in fear, she is extremely conscious of her safety and finds it hard to let people close thanks to the media backlash after the murders. All Nic wants is to live in peace but when she once again faces the terror of a break in Nic finds herself on the run and in desperate need of protection. Fate brings her to Finn, a genius ex FBI trainee turned hacker, who now holds her life in his hands. Finn's testimony helped clear the people charged with her mother's murder but he believed in their innocence and has been hunting the real killers ever since. He is the only person who stands a chance of figuring out what is going on but Nic isn't going to find it easy to put her trust in him.

Conspiracy Girl gets off to a high paced start and the action continues throughout as Nic and Finn work together trying to uncover why she is being targeted. Nic initially comes across as quite a nervous character, someone who has taken to hiding from life because of her fear, which I have to say was quite understandable considering everything she has been though, but once she is under pressure she really starts to come into her own. It takes her a while but when she starts to fight back she really impressed me. Finn was easy to love, he is a hacker who isn't averse to crossing into grey areas but the more you learn about him the more you start to see how much good he does. He puts a lot of effort into helping the people around him and the internet is a much safer place thanks to his actions. I loved getting to see his relationship with his grandmother and nieces, they were a really cute addition to the story and I thought they really showed an important side of his character.

The romance between Nic and Finn was really well done, they have brilliant chemistry but their relationship is a slow burner and they take time to get to know each other before anything happens between them. I enjoyed seeing Nic's opinion of Finn change as she learned more about him and I thought they made a great couple. I don't want to say too much about the conspiracy because it's much more fun if you go into the book blind but I thought it was really well written and it raises some interesting questions for readers. It touched on subjects I know very little about but makes you think about the way the world works and how much we take for granted every day. If you enjoyed Sarah Alderson's previous thriller, Out of Control, then I'm sure you'll love this one too and I'm definitely continuing to add all her future books to my "must read immediately" pile.