Roald Dahl Day: My love for The BFG (Let's talk about the book and the movies!) 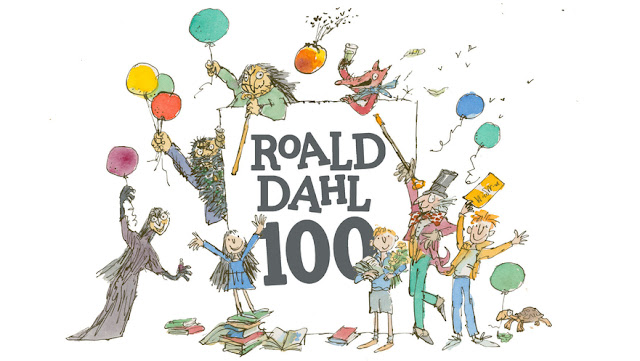 Every year I plan to write a blog post to celebrate Roald Dahl Day and every year time runs away with me and I somehow end up missing it. But this year we're celebrating 100 years since his birth so I guess that makes it a perfect time to talk about how much Roald Dahl's books meant to me as a child. 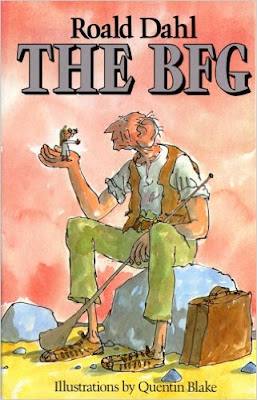 I used to reread all of his books over and over again but The BFG was always my favourite, I just loved everything about it from the friendship that forms between Sophie and the BFG, to the adventures they have together along with all of the crazy new words you discover along the way. Don't you just think that we should use words like scrumdiddlyumptious, gobblefunking and whiffswiddle in every day conversation? Not to mention the fact that I'm still waiting for someone to invent a real life version of frobscottle so I can practise my whizzpopping LOL.

The BFG is just the ultimate adventure story, I loved the idea of dreams being real things that you could capture and I desperately wanted to visit the land of dreams so I could find my own. I wanted a giant friend who could run so fast with me hiding in their pocket that it felt like I was flying and I even wanted to have breakfast with the Queen. Roald Dahl's stories always have a darker side to them and the giants terrified me but you get to see justice served in the end which was incredibly satisfying.

I still have my original copy of this book from 1985 and it's one of my most treasured and reread books. The illustrations by Quentin Blake compliment the story perfectly and make it something to be treasured. 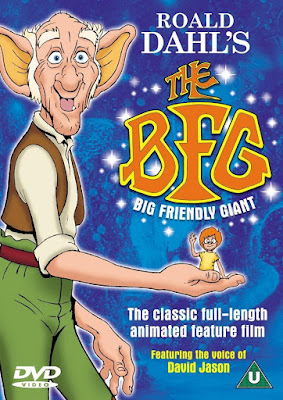 My brother was never much of a reader (I'm pretty convinced he must be a changeling because surely we can't be related! LOL) but he absolutely adored the animated version of The BFG and would make us watch it over and over again. I think I've probably seen this adaptation of the story even more times than I've read the book and I have to say it's pretty perfect. It completely captures the feel of the story with it's laugh out loud humour but also the more heartwarming moments between Sophie and the BFG as well as the fearsome man eating giants to add tension. I love the music too and can remember singing along with my brother when he we were kids.

This animation may have been created in 1989 but it's still utterly brilliant and when we watched it with my 12 year old nephew a few months ago he loved it just as much as we did.

Being such a huge fan of the story I had incredibly high hopes for the new Disney version directed by Steven Spielberg. We made a family outing of it a few weeks ago and I think my Dad, brother and I were probably even more excited than my nephew was. There is no denying that the visual effects in the new movie are stunning, the land of dreams in particular was spectacular and the giants looked impressive. 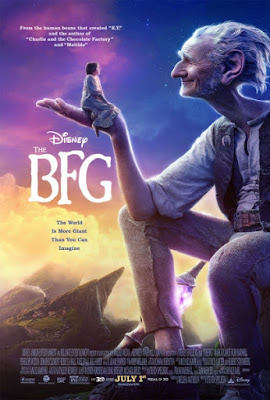 The opening scene where Sophie first sees the BFG and the way he manages to sneak down the streets and avoid being spotted by anyone else was very cleverly done. The young actress who played Sophie did a brilliant job and there was one moment in particular that made me laugh so hard I had tears rolling down my face. I wasn't the only one either and pretty much the entire audience was laughing hysterically.

Unfortunately even though there were things I loved about the movie it didn't manage to live up to expectations and we all agreed that the animated version that is nearly 30 years old was better. The new movie stays pretty faithful to the book but it managed to be boring in spite of that, there were actually times when I was just wishing it was over so we could leave the cinema and no matter how good the graphics were or how humourous those few stand out moments were it just didn't make up for the poor pacing.

The new movie may have been a slight disappointment but that hasn't decreased my love of The BFG. I have so many happy childhood memories wrapped up in reading Roald Dahl stories and it's easy to see why they're still so popular today.

Digitally remastered trailer for the original animated movie made in 1989:

What is your favourite Roald Dahl book? Are you a fan of The BFG? I'd love to know what you thought of the movies, if you've seen them both which was your favourite?
at 22:05