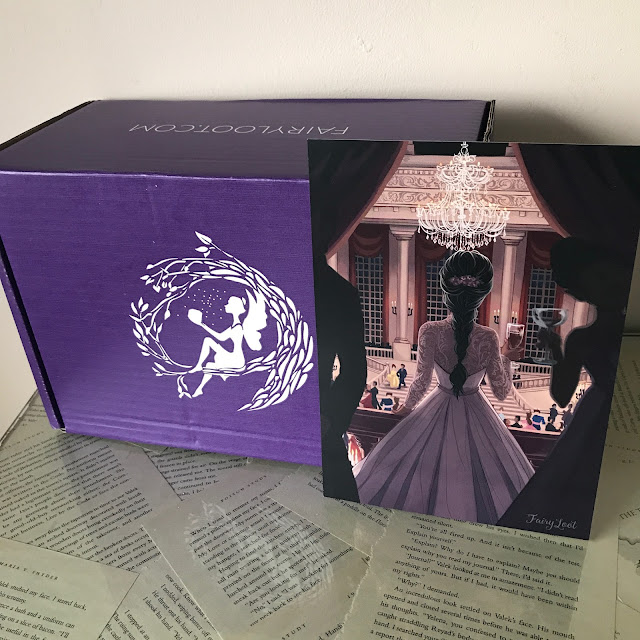 So this is the special 2nd anniversary box for FairyLoot which meant I just HAD to order one and I have to say I love the pretty purple boxes! The March box is all about memorable moments from popular series so I was really looking forward to seeing what items would be included. 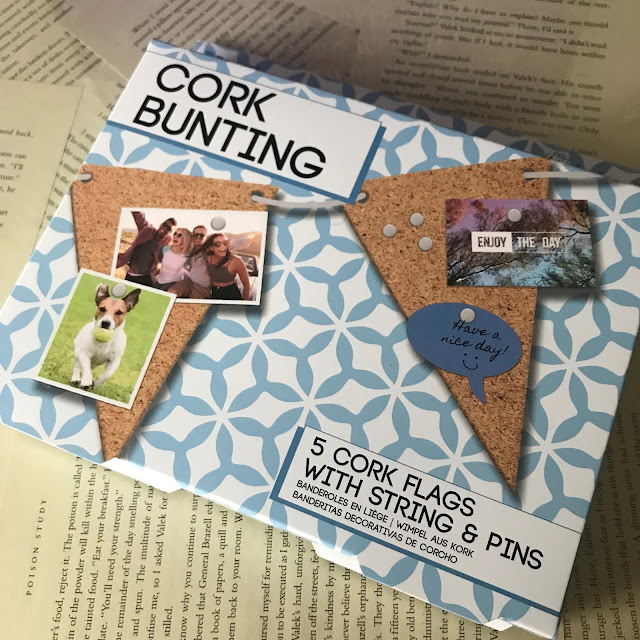 The first item in this month's box was this really cool cork bunting from Paladone. I haven't had a chance to set this up yet but I think it's going to look fab strung across my bookcase and I'm planning to use it for the many, many bookish badges and other small swag I've collected over the years. 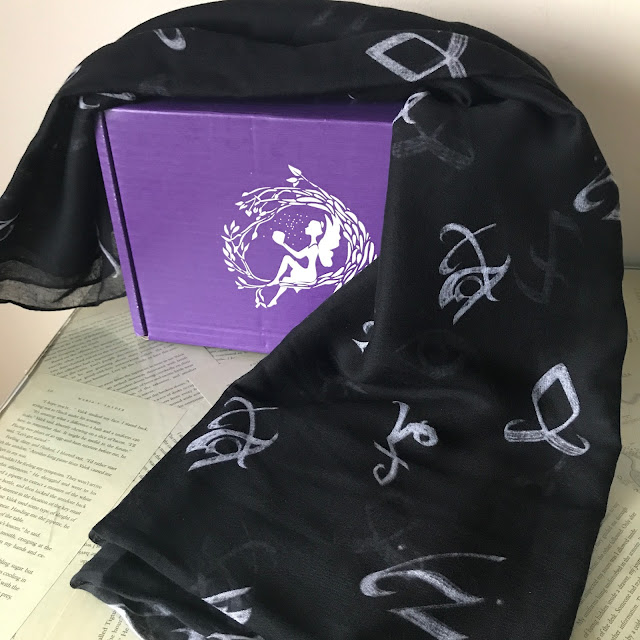 The next item was this exclusive Rune Ceremony scarf from by FictionTea Designs which was inspired by Cassandra Clare's Shadowhunters series. The material is so soft and I really like the subtle design, it's a smart looking scarf that can be worn on any occasion so I'm sure I'll get plenty of use out of it. 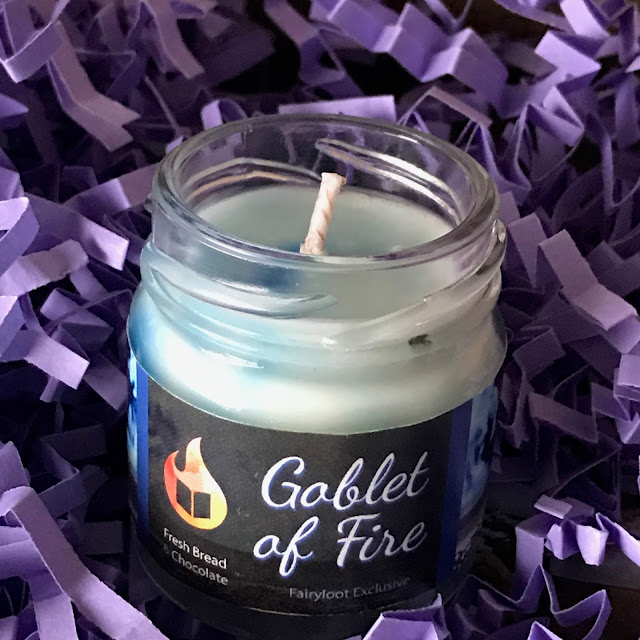 The third item was this Goblet of Fire candle from Paper Flames Candle Co and I have no words for how delicious this smells! It's like fresh bread and chocolate and I can't get enough of it so I'm kind of disappointed I can't buy a larger jar from their store because it's an exclusive. 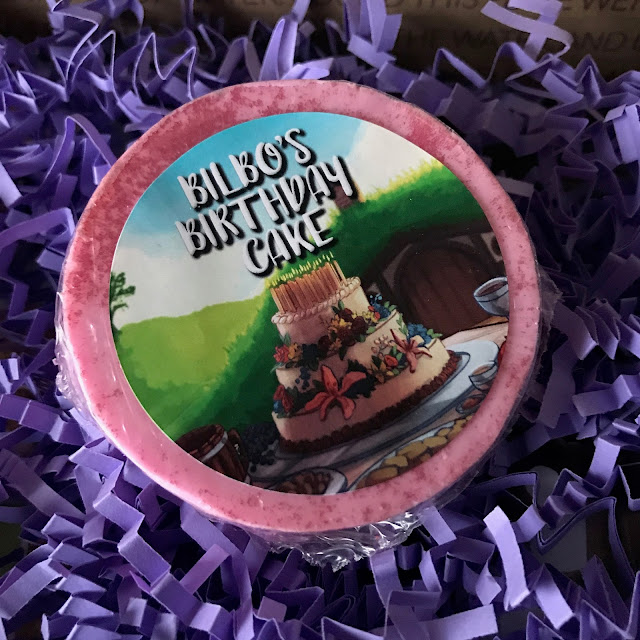 This soap from Geeky Clean was inspired by Bibo's birthday cake and smells of vanilla and strawberries which is lovely. Like I've said before I'm not a huge fan of having this kind of body product in boxes because I have very sensitive skin and often can't use them, I doubt I'll even try this one but it smells lovely and will sit nicely on my bookshelf next to my Hobbit and LotR books. 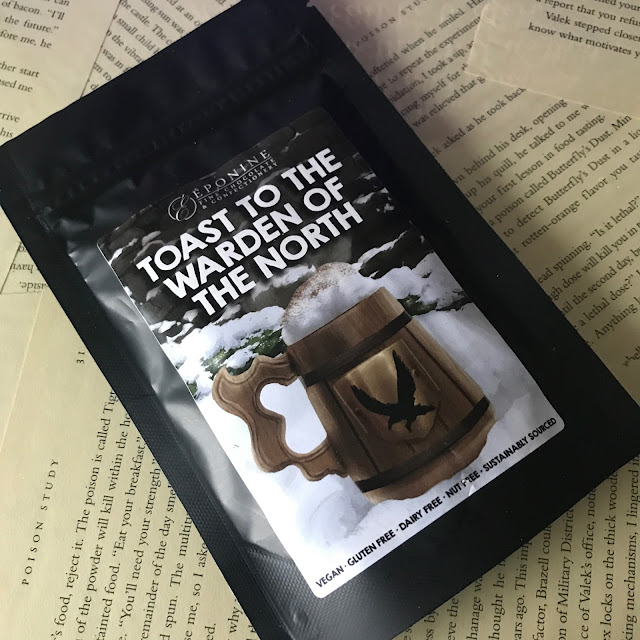 Then we had a packet of Toast to the Warden of the North hot chocolate from Eponine. I love hot chocolate so I'm hoping this will be delicious, it only includes enough for 2 mugs though so I have a feeling I'm going to be left wanting more LOL. 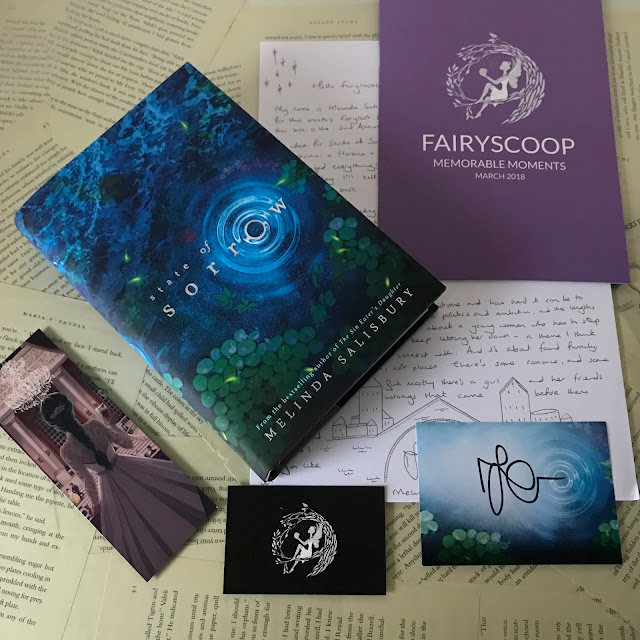 This month's book was State of Sorrow by Melinda Salisbury and it's and exclusive hardback edition not available elsewhere which is pretty cool. The cover is gorgeous and I really think I'm going to love this story, I've heard so many fantastic things about the author's Sin Eater's Daughter series that I have very high expectations. 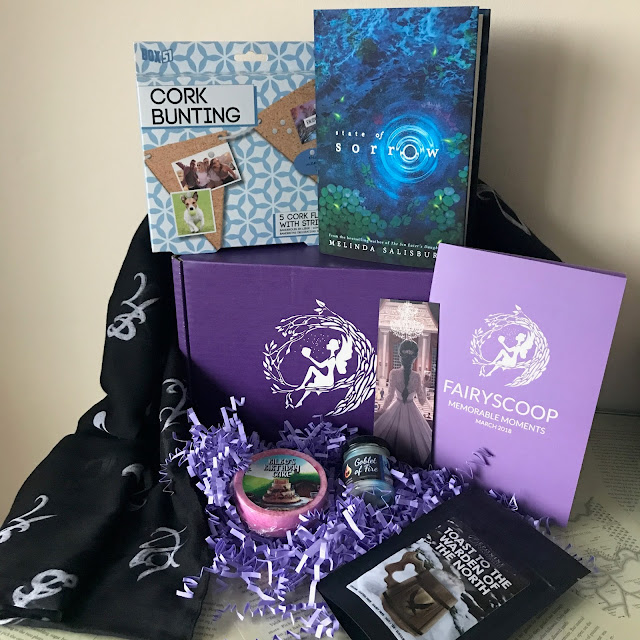 So that's the contents of the March 2nd Anniversary Fairyloot box. I'm pretty happy with it most of the items included, especially the candle, scarf and bunting. Every month there tend to be at least a couple of items I wouldn't buy if given the choice though so I'm not sure how much value that makes the box overall. I'm thinking I'll take a break from buying the boxes for a while and instead I might just pick a different etsy shop each month and pick a few items that I love from favourite fandoms. I do love the surprise of Fairyloot though so I'm sure I'll buy occasional boxes again in the future when they have a theme that I find impossible to resist!
at 18:00